Reserve Bank leaves Official Cash Rate unchanged at 1.75%; new Governor stresses that the next move could go either way

Reserve Bank leaves Official Cash Rate unchanged at 1.75%; new Governor stresses that the next move could go either way 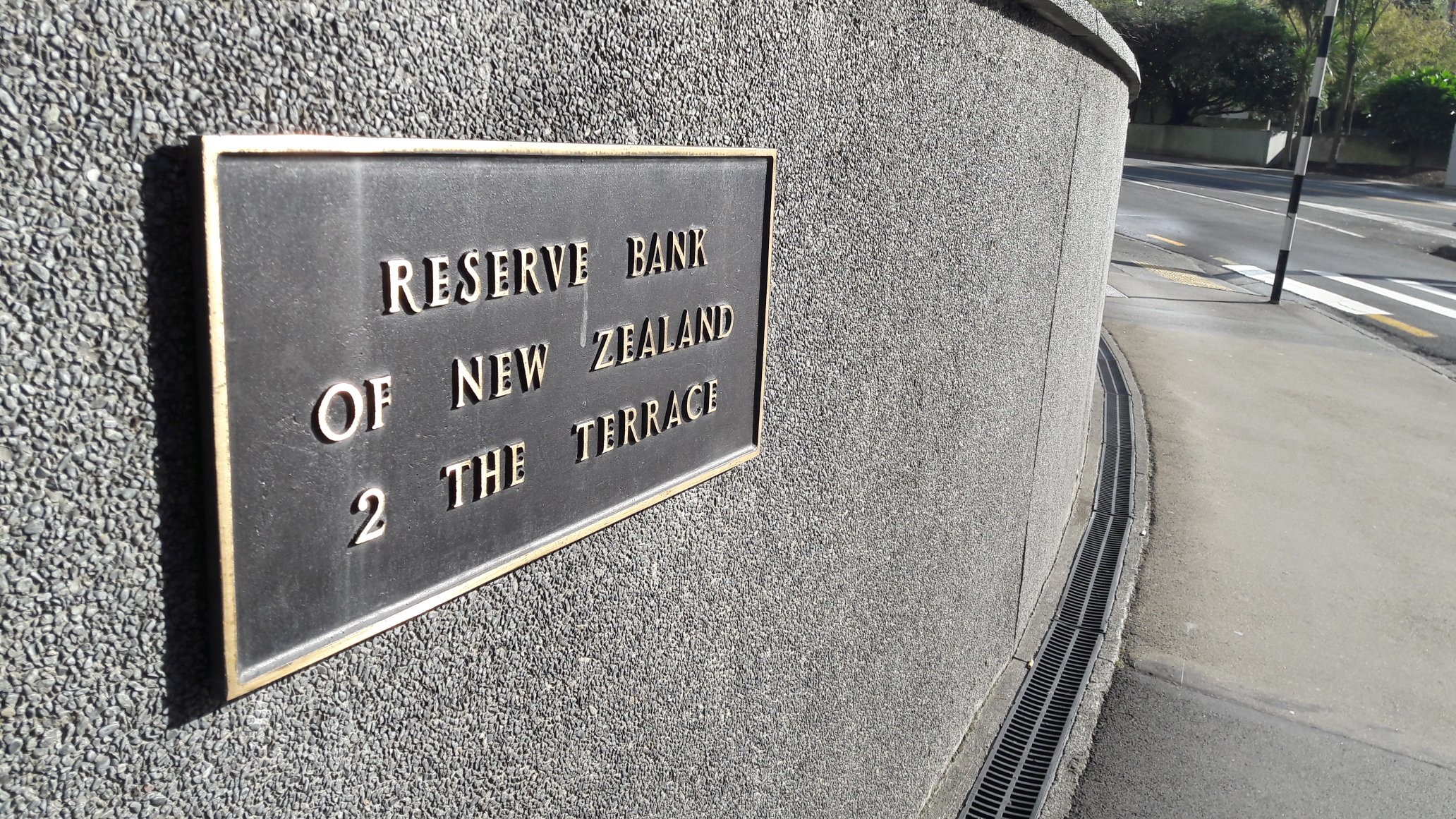 New Reserve Bank Governor Adrian Orr has wasted no time stamping his own mark on the job, by stressing up front in his first major interest rates announcement that the balance of risk is equal that the next move could be up or down.

He said this while, as expected, leaving the Official Cash Rate at 1.75%.

Orr's immediate predecessor Grant Spencer had too highlighted that the risks up or down were quite balanced - but not in the upfront way Orr has, with it occupying the first sentence of his media statement releasing his first Monetary Policy Statement.

Orr also stressed that the OCR would stay at 1.75% for "some time".

One major change of course has been the introduction of an employment target into the Policy Targets Agreement signed by the Governor and the Minister of Finance. Therefore a reasonable amount of commentary in Orr's statement is devoted to this.

He notes that economic growth and employment in New Zealand remain robust, "near their sustainable levels". He goes on to note "an unprecedented increase in employment".

"The number of willing workers continues to rise, especially with more female and older workers choosing to participate. Likewise net immigration has added to the supply of labour, and the demand for goods, services, and accommodation."

While the order and emphasis of the first statement from Orr is quite different to what has come before, the underlying forecasts are not much different to those contained in the previous Monetary Policy Statement in February.

Inflation is forecast to reach the 2% midpoint of the RBNZ's targeted level by December 2020, versus September 2020 in the previous MPS. Likewise the forecast for OCR hikes has moved back a quarter, with the first (small) increase now slated for the September 2019 quarter as against June 2019 previously.

The market has clearly seen the Governor's first statement as at least very neutral - possibly even 'dovish' - and the Kiwi dollar has fallen as a result. It was above US69.8c before the statement came out and fell below US69.4c, which is a five-month low, after.

The MPS document commentary noted that growth in residential investment has softened over the past year.

"Activity in Canterbury has moderated, while elsewhere, growth in construction activity has been constrained by access to usable land and credit. Input costs for labour and materials have increased as well. Monthly consent issuance suggests growth in residential investment will be low over the next six months.

"KiwiBuild is assumed to generate additional activity from late 2019, although constraints may limit the increase in construction activity."

The MPS document said house price inflation had slowed since mid-2016. Demand for housing had been dampened by tighter credit conditions, partly due to tighter loan-to-value ratio (LVR) requirements, and higher mortgage rates.

"Investor demand has been notably softer.

"House price inflation is expected to remain relatively subdued, reflecting the decline in net immigration, affordability pressures, and government policy changes such as restrictions on foreign buyers. Consistent with this, consumption growth has eased in the past year and is expected to decline further."

ASB chief economist Nick Tuffley gave Orr a big thumbs up for his first statement, saying that Orr came into the role with the intention of bringing greater transparency to the RBNZ’s deliberations.

"He has made a mark through substantially changing the way in which the Monetary Policy Statement presents the RBNZ’s views.

"The overall message from the statement is very similar to the previous statements, even with the new Policy Targets Agreement.  But the presentation is now being done in a way that makes the RBNZ’s messages much clearer and less vulnerable to misinterpretation.

"Importantly, the RBNZ’s thinking is going to be much more readily digestible by a broader range of people.

"We give Adrian Orr and the RBNZ plaudits for this change," Tuffley said.

This is the media statement:

The Official Cash Rate (OCR) will remain at 1.75 percent for some time to come. The direction of our next move is equally balanced, up or down. Only time and events will tell.

Economic growth and employment in New Zealand remain robust, near their sustainable levels. However, consumer price inflation remains below the 2 percent mid-point of our target due, in part, to recent low food and import price inflation, and subdued wage pressures.

The recent growth in demand has been delivered by an unprecedented increase in employment. The number of willing workers continues to rise, especially with more female and older workers choosing to participate. Likewise net immigration has added to the supply of labour, and the demand for goods, services, and accommodation.

Ahead, global economic growth is forecast to continue supporting demand for New Zealand’s products and services. Global inflation pressures are expected to rise but remain contained.

At home, ongoing spending and investment, by both households and government, is expected to support economic growth and employment demand. Business investment should also increase due to emerging capacity constraints.

To best ensure this outcome, we expect to keep the OCR at this expansionary level for a considerable period of time. This is the best contribution we can make, at this moment, to maximising sustainable employment and maintaining low and stable inflation.

Our economic projections, assumptions, and key risks and uncertainties, are elaborated on fully in our Monetary Policy Statement.

In layman's term, we have no idea of what is going to happen in the world so let's stay put.

... and allow the NZD to drop making our export businesses more profitable but pass the extra cost of living directly to the citizens forcing employers to bridge the gap with wage increases. They really have no idea what they are doing do they.

How about "we are barely in our target band of CPI between 1-3% so if we were to do anything it would be another rate drop."

For a $1.50 I could design a computer program to do the Guvnr's job and save taxpayers $650k a year.

If somebody offered you a 50/50 bet on the next rate increase what would you take? Up or down?

you are violating put/call parity. Finance 101

I'm in for $50 on a 3 to 1 you offered. I'm saying next movement will be down. Inflation is going other way with the current govt scaring investors, employers, landlords, owner-occupiers feeling negative about their house values so not spending - GDP will take a hit and will need a push start again. My prediction anyway but happy with your 3-1 mate. :-)

Benign inflation will be tested by upcoming wage claims in health and education. These will be fuelled by unregulated local body rates rises with every council currently chosing a general rates increase that suits their wish lists. There is no justification for a general rates rise above CPI and this should be enforced by the government now for 2018/19. Other local body cost increases should be subject to consultation before being implemented

Hilarious. Lets kneecap our councils by limiting them to CPI income increases regardless of if they are providing services to a population growing at several times CPI and regardless of their cost structures not being reflected accurately in the CPI figure.

Again the forecasted date for a 'small' rate rise gets pushed out another 1/4.

Benign inflation will be tested by upcoming wage claims in health and education. These will be fuelled by unregulated local body rates rises with every council currently chosing a general rates increase that suits their wish lists. There is no justification for a general rates rise above CPI and this should be enforced by the government now for 2018/19. Other local body cost increases should be subject to consultation before being implemented

"There is no justification for a general rates rise above CPI" - that would only be true in a city that has 0 population growth.
Also the CPI is largely affected by the price of imported goods however a councils costs are largely affected by wages which are increasing at a higher rate than the CPI.

December 2020 is a long way away - shouldn't they drop the OCR to meet their target earlier? Especially as they haven't met it in as long as anyone can remember.

In theory, yes but a 0.25% drop will actually do very little to rise inflation

Assuming that dropping their rate to even 0 or 0.5% would have much effect whatsoever.
Imagine 15 years ago if you said the OCR would be at 1.75% and inflation at 1.1%. Or negative rates and no inflation in some countries. But they are still using the old model that says low rates will get things going.
In my view the OCR is not the great inflation-controlling economic stabilising force the Reserve Bank thinks it is. In fact monetary policy is over-rated. Huge QE and low interest rates worldwide. How effective was that medicine in getting things back to normal? Stimulating investment in the real economy? Lifting real wages? Creating jobs other than bullshit ones? Not much. Promoting more borrowing on housing as a way of keeping the show on the road is not really feasible.

"Pushing on a string" I believe is what Keynes called it.

For true recovery we need greater fiscal stimulus and a restoration of middle and working class incomes. And that means not running surpluses.

Regardless of whether it works, shouldn't they at least try to drop the OCR and meet their target? This is what they are employed to do isn't it?

im betting on a drop, the dollar is still to high, we are not going to turn down the immigration tap so wage inflation will not be great, other inflation items in the basket are not increasing, and we could be headed for a slowdown

Impressed with Adrian Orr question and answer session. Thanks interest.co for bringing this.
I felt that Orr's communicated in a manner that was readily understandable to Joe Public as was his stated intention. Alan Bollard was one of the few previous Governors who has done this.

Down. To prop up the falling real estate market

In that case you might as well throw the NZ$ under the bus.

A sit on the fence statement. Sounds like we need a strategy for a quid both ways.

End of the day whether it s up or down and the impact of this it will be decided overseas. The two biggest drivers in the last 10 years have been cheap printed money/debt, and Overseas money buying up NZ in an unregulated way. Govt was voted in to stop one, and the other is outside of its control. I note that both are forecast to stop....