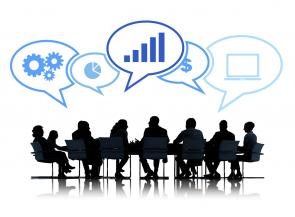 It's strange but probably true to say that the most UNinteresting thing about the Reserve Bank's forthcoming Official Cash Rate review will be the decision itself.

You would be able to knock me over with a feather (along with all of New Zealand's economists, the financial markets, and anybody who takes an interest in these matters) if the verdict on Wednesday, February 13, is anything other than an unchanged OCR.

The OCR - the benchmark for New Zealand's interest rates - has, after all, now been unchanged at 1.75% since November 2016.

The RBNZ's most recent utterance on the subject, which was in early November 2018, was to say: "We expect to keep the OCR at this level through 2019 and into 2020."

Nothing substantial has changed over summer that would deflect the RBNZ from essentially retaining that view.

Any tweaks in the forecasts?

It will be of some interest, however, to see if the RBNZ has made any tweaks to its main economic forecasts and any slight changes in timing to when it does see the OCR being moved. In the bank's November 2018 Monetary Policy Statement (MPS) it forecast the first (upward) movement of the OCR from September 2020, while in terms of key economic data, the RBNZ had forecast 0.7% GDP growth for the September quarter while the actual figure came in at just 0.3%.

ANZ economists are now predicting the next move in the OCR will be down, starting late this year.  Either way though, there will be no OCR movement in the immediate future.

But, as indicated at the top of this article, if the OCR itself is in a period of remarkable inertia, the way it is to be set and how those decisions are announced are being seriously shaken up.

Eagle-eyed readers would have already twigged one big change, which is that the decision's now always going to be coming out on a Wednesday - not Thursday as has always been the case previously. And the time of day is going to be different, with the decision now released at 2pm instead of the longstanding 9am - although any changes in the OCR will not actually be applied till 9am on the Thursday.

The changes are not for cosmetic purposes but are to accommodate the very real change that will see the RBNZ move to a new committee-based structure (Monetary Policy Committee, or MPC)  for making the OCR decisions. This brings us more into line with places like the US, in which the US Federal Reserve has its Federal Open Market Committee, which sets US interest rates.

The new Act paves the way

It provides for the establishment of the MPC and also officially enshrines an overarching purpose for the RBNZ to “promote the prosperity and wellbeing of New Zealanders and contribute to a sustainable and productive economy” and to focus on “supporting maximum sustainable employment” as well as the current monetary policy purpose of promoting stability in the general level of prices.

Most of the Act is due to come into force on April 1.

Also included in the Act is the procedure for the Finance Minister to issue the "remit" for the MPC, which replaces the old Policy Targets Agreement that used to be made directly between the Minister and the RBNZ Governor.

Along with this there is also a "charter" providing for requirements around transparency and accountability and decision-making.

'Remit' and 'charter' for the MPC coming in the 'near future'

A spokesperson for Finance Minister Grant Robertson said both the terms of the "remit" and the "charter" would be released in the "near future".

The Act says that the "charter" must include requirements for summary records of the MPC’s meetings along with when and how those records must be published, and matters relating to the record of votes.

A Reserve Bank spokesperson confirmed it was planned to have the MPC in place for the May 8 OCR review, which will be the third one of this year.

Up till now the setting of interest rates in this country has been the sole responsibility of the RBNZ Governor. This has been publicly challenged over the years, with the result that the formal committee process is now being established.

In any case, former Governor Graeme Wheeler had set up an internal committee structure to assist with the decision making and this has been continued by current Governor Adrian Orr who chairs a four-strong team of senior RBNZ staff.

The big difference with the new MPC is that as well as including four RBNZ senior staff (appointed by Finance Minister Robertson and with Orr to chair the MPC), it will include three external people also appointed by the Minister. Robertson has yet to name who the 'externals' will be.

Robertson's spokesperson said the external appointments were  "going through the Cabinet process", which it was hoped to complete by mid March with announcements of who the external MPC members are to occur after that.

Oh what a circus, oh what a show

When the Coalition Government first began the review of the RBNZ and the Act in late 2017 the RBNZ did express some concern that 'externals' could turn the new MPC into a "circus" and then Acting Governor Grant Spencer said:

"Sometimes you see policy committees around the world in other central banks where everyone's out with different views in public and it turns into a bit of a circus. And that's a thing that really, we are more concerned in avoiding that.

"Sure - get diversity and different views, publish minutes whatever, but have collective responsibility rather than everyone heading in different directions," Spencer said in November 2017.

Another point of some friction in the lead up to creation of the MPC was Robertson's decision - against the advice both of the RBNZ and the independent panel advising the Minister - to have a Treasury observer sitting in but not participating in the OCR decisions.

However, the RBNZ invited Secretary to the Treasury Gabriel Makhlouf to attend monetary policy deliberation and decision meetings as an observer from the end of October.

As stated further up this article, the Act requires the RBNZ to publish a summary record of each meeting of the MPC. How much detail that will contain about any dissent there may be for example on the decision made is not clear at this stage.

The RBNZ spokesperson says it's intended this will be released at the same time as the OCR decision as released, with the first such release due to be made after the first MPC decision is made in May.

My view is that, depending on how much detail ends up in these releases, then they may end up being more heavily scrutinised than the official OCR statements and Monetary Policy Statements.

The RBNZ spokesperson says the RBNZ's not expecting any disruption or changed reactions from the financial markets as a result of the change in timing in release, saying that the change to release time and date was announced well ahead of time and after consulting with financial market participants.

The OCR decisions/outcomes at least over the next few months are likely to be pretty dull. The new systems and processes - and whether there are any teething problems - mean that the way we get to the decisions is NOT going to be dull.

And once we do get back into an environment when changes in the OCR become a "live" possibility again then the OCR reviews are likely to be even more heavily anticipated and scrutinised by the market than they were before.

The RBNZ needs to remain independent from the government. The 3 "external's" interference is a bad thing. Also the more people in the committee, the messier, less effective the outcome will be.

A pound to a penny that at least one of the three 'externals' will be a Unionista....