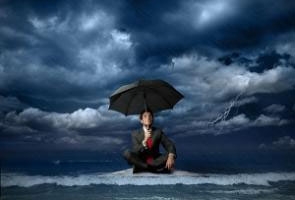 The New Zealand Institute of Economic Research (NZIER)’s Shadow Board is suggesting the Reserve Bank of New Zealand (RBNZ) leaves the Official Cash Rate (OCR) unchanged at 2.50% when it’s reviewed on Thursday.

The nine economists and business leaders on the Board generally believe the RBNZ should sit tight, as there’s too much global uncertainty to make a move now.

“In contrast to the global uncertainty, recent domestic developments remain positive and indicate strengthening in the New Zealand economy. However, headline inflation has fallen further and is now only 0.1% for the 2015 calendar year.

“The key question is whether the New Zealand economy has enough momentum to ride out the uncertainty in the global economic outlook, particularly the slowing in China.

“Inflation in New Zealand is very subdued, but the Reserve Bank will be mindful of the effects low interest rates are having on asset prices, with their accompanying risks to financial stability”.

While the Shadow Board’s average recommended interest rate has fallen from 2.66% to 2.50%, members are divided over whether they lean more above or below 2.50%.

MOTU professor Arthur Grimes and Business New Zealand CEO Phil O’Reilly have spread 20% of their preferences to a rate of 2.25%.

Grimes explains, “Growth in the world economy (and hence external pressure on NZ's inflation rate) is still somewhat muted, but at the same time the Fed has started to raise rates.

“While a rate cut could be considered given the state of the world economy, a wait and see response to the conflicting pressures is warranted.”

Westpac chief economist Dominick Stephens and BNZ head of research Stephen Toplis lean a little further towards a rate cut; Stephens saying, “It is now clear that the OCR will have to fall below 2.50% at some stage. However it is probably not necessary to move immediately.

“Instead, it is probably better cut in March when a full Monetary Policy Statement is available.”

Toplis says, “Forecast inflation says the Bank should cut but forecast growth says nothing of the sort.

“Perhaps the biggest issue is the probability that there will be very little economic response to a rate move of any description so why fire any ammunition when there is no chance of hitting your target?”

See this story for more on Stephens’ and Toplis’ views, as well as other economists who see a cut coming in March. “Perhaps the biggest issue is the probability that there will be very little economic response to a rate move of any description so why fire any ammunition when there is no chance of hitting your target?” Exactly. There is nothing the RBNZ can do to address the malaise that is currently gripping the wholesale eurodollar credit function associated with the global primary dealer system banks. Read more

That's one way of putting it.

The NZ economy has never been in a worse state than at present, and with less prospect of getting out of the hole that has been dug over several decades through extraordinary profligacy..

However, the vast majority of other countries are in an even worse state than NZ, with even less prospect of recovery.

The BDI, at a new all-time low of 354, suggests global trade is collapsing, implying it will all get much worse over the coming months..

But, but, what about the positive article on interest.co.nz from last week that some of us rubbished?

We can weather the economic hard times so long as we have a stable economy. Oh that's right we don't, we have a massive property bubble with banks over leveraged at 60:1.

“Inflation in New Zealand is very subdued, but the Reserve Bank will be mindful of the effects low interest rates are having on asset prices, with their accompanying risks to financial stability”.

lolol, SINCE when? My god, I read these articles and just cannot believe anyone takes these clowns seriously

So I wonder what the effect on stability is of the tradeables in -2% territory?

“The key question is whether the New Zealand economy has enough momentum to ride out the uncertainty in the global economic outlook, particularly the slowing in China.

This is just the start of a 7 year downturn. All the "smart " investors have already cashed up.

We have already had 7 years, and I dont see why it would be only 7 years...

Apparently,we have 2 university professors who believe that the OCR should be Raised to 2.75%.We are however,not told what subjects they are professors of. Theology perhaps? If it's anything to do with finance,I would be very concerned for their students.

Maybe you should listen the the copious quantities of Austrians and Randites in here who are all self-professed masters of finance. Well you dont need to as you would get the same answer.

The Greeks have nothing on this lot...a lot of nothing.

Great link, that should tell you,

a) a huge amount about how safe the banks really are.
b) just how sure investors are we are heading for a global recession.