RBNZ widely expected to hold OCR at 2.5% this week, but dovish tone expected

RBNZ widely expected to hold OCR at 2.5% this week, but dovish tone expected 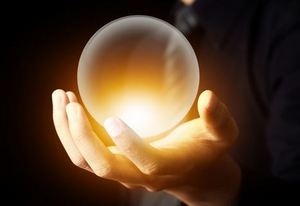 The Reserve Bank reviews the Official Cash Rate (OCR) for the first time in 2016 this Thursday morning (January 28). It's widely expected to leave the OCR at its record low of 2.50%.

However, with low inflation and a turbulent global backdrop, several economists are now suggesting the Reserve Bank may cut the OCR again as soon as March 10 when it again reviews the OCR and issues a full Monetary Policy Statement.

Below are the views and expectations of some of the major bank economists ahead of Thursday's review. And you can see the views of the New Zealand Institute of Economic Research's shadow board here.

Here's the full OCR preview of ANZ's economists led by chief economist Cameron Bagrie, and a summary from it below.

We expect the RBNZ to maintain the OCR at 2.5% on Thursday (9:00am NZT). This view is in line with the unanimous analyst community and market pricing.

But a very solid domestic economy and upward tilt in the RBNZ’s preferred measure of core inflation to a four-year high should keep it watchful rather than active. If headline inflation were low and growth decelerating it would be a completely different story; that’s when you cut or at least set the stage. We have low headline inflation amidst accelerating growth.

That said, given the heightened negative risk profile globally, we expect a slight tilt in language and tone towards the dovish side, but not a lurch. The RBNZ noted last time that it would “reduce rates if circumstance warranted” and, whilst this states the obvious, it still applies.

The market currently has close to a full 25bp cut priced in by August and is broadly 50% priced for a cut in March. While developments offshore could quickly turn that into a reality, as it stands we struggle to see a March cut eventuating, given the current state of the domestic economy. The RBNZ will certainly not shut the door on the possibility of a March cut, but we suspect those looking for an explicit signal will be disappointed and hence we see a risk of a mild back-up in short-end yields and NZD strength on the day.

Here's ASB chief economist Nick Tuffley's full preview and a summary from it below.

The risks have grown that inflation will remain weaker than the RBNZ’s most recent inflation forecasts. The weak Q4 CPI showed little of the NZD impact the RBNZ is banking on. Added weakness in oil prices will hold inflation lower for longer, further increasing the risk that inflation expectations remain low. Question marks over China’s economy have renewed, along with another bout of equity market weakness. The NZD still risks remaining slightly firmer than the RBNZ has bargained on. We continue to expect 50bp of OCR cuts from June, but the risks are skewed to an earlier start.

Developments, particularly the weak Q4 CPI outcome, should be prompting a rethink within the RBNZ. The extent to which any sea change is evident in the January OCR Review is critical: markets are pricing in a high chance of a March cut and fully pricing a 25bp cut by June. We think the January OCR review is a little too soon to get a clear signal the RBNZ will cut as early as March, but even so both the March and April OCR windows are now ‘live’.

Here's the strategy report from BNZ's economists led by head of research Stephen Toplis, and their key points on the OCR are below.

The weaker than expected Q4 CPI outturn puts pressure on the Reserve Bank to send a clear message at this OCR Review. Either it doubles down on the PTA-flexibility framework it came out swinging with at its December MPS. Or it states that it is getting nervous, again, with particular focus now on the low headline CPI inflation. We still lean to the side of the Bank sticking to its guns. However, the risks of the Bank opening the door for further OCR easing are enlarging.

In its December Monetary Policy Statement the RBNZ surprised many, by emphasising the flexibility it has in its inflation targeting mandate. This was backed up by the Bank inferring a steady outlook for its Official Cash Rate. Domestic growth indicators have since shored up this tack. On the other hand, the Bank is now facing a period of CPI inflation materially lower than it projected. The global backdrop has also turned a bit shaky. These are factors that could yet convince the RBNZ to ease further. For the meantime, we expect it to hold at 2.50%. But we’ll be taking cues from RBNZ statements, starting with next week’s one. For longer NZ rates much will hinge off US Fed policy, global inflation, and risk.

Here's the full preview from HSBC's economists led by chief economist Paul Bloxham, and there's a summary below.

CPI inflation ended 2015 at just 0.1% year-on-year, the lowest rate in over 15 years and a material downside surprise to the RBNZ’s forecasts. Continuing oil price declines threaten to tip New Zealand into outright deflation (in annual terms) in 2016. With inflation close to zero and well below target, the possibility of another rate cut has risen. However, we do not expect a cut at the RBNZ’s January meeting.

First, the RBNZ itself seemed to adopt a fairly cautious attitude during the second half of 2015, with a lot of rhetoric about central banks needing to move gradually in a world of heightened uncertainty. After 100bp of cuts in 2015, the last of which arrived in December, we expect that the central bank will want to pause and judge the effects for some time.

Second, the New Zealand economy does not appear to be at risk of a near-term slowdown in growth, as happened during H1 2015 and prompted last year’s rate cuts. Instead, the timely activity readings are at encouraging levels, domestic demand remains solid and the tourism sector (which is around 10% of the economy) is booming. House price inflation is also raising financial stability risks and the RBNZ may need more time to assess the impact of recent macro-prudential tightening.

Finally, the RBNZ is expected to ‘look through’ much of the weakness in Q4 CPI inflation as falls in petrol and food prices were a major drag in the headline numbers. Excluding food and energy, annual inflation was unchanged at 0.9%. Although this is still uncomfortably low, we think that the stability will reduce the urgency to cut further.

We do expect two more 25bp cuts in 2016, starting in Q2 (although a cut at the March meeting is an increasing possibility). Even ignoring the oil price impact, we believe inflation pressures will remain too low for the RBNZ to credibly project a return to 2% average inflation over the medium term, forcing it to act.

Here's the full preview from Kiwibank economists Zoe Wallis and Jeremy Couchman, and here's a summary of their views below.

We expect the RBNZ will hold the OCR at 2.50% at this week’s OCR review.

Since the start of the year developments have generally added to downside risks to NZ’s growth and inflation outlook. Turmoil on global financial markets, due to concerns surrounding the strength of the Chinese economy, has led to sharp falls in the value of equity markets and commodity prices. Locally, December quarter inflation data fell short of the market and RBNZ’s forecast, suggesting that the Bank may have a bigger job on its hands in getting inflation back to within its target band than expected late last year.

Consequently, there is a growing chorus of commentators that believe that the RBNZ will need to cut the OCR further in 2016. However, we maintain our view that the Bank will keep the OCR on hold at 2.50% for some time.

September quarter GDP growth came in above the Bank’s latest forecast and recent forward indicators of economic activity imply that growth picked-up heading into 2016. We believe there is enough momentum in the economy to convince the RBNZ that inflation will return to well within its target band in the medium term.

In our view, the bank is likely to look through the current drop in oil prices, as they did at the beginning of last year, and take a wait-and-see approach before making changes to monetary policy settings.

As the RBNZ pointed out in their December Monetary Policy Statement (MPS) “…interest rates take 18 to 24 months to have their full effect on inflation, and cannot offset short-term inflation movements”. Nevertheless, we expect that the Bank will tailor a more dovish statement compared to their December MPS, showing that the Bank is prepared to cut rates if circumstances warrant.

Here's the full preview from Westpac chief economist Dominick Stephens, and there's a summary of it below.

The RBNZ is highly likely to leave the OCR unchanged at this Thursday’s OCR review, given the ‘on hold’ guidance it gave last month. However, we anticipate a significant shift in policy guidance, with the RBNZ adopting an easing bias.

When the Reserve Bank cut the OCR to 2.5% in December, it indicated that it expected not to cut the OCR again this cycle. That was on the basis that GDP growth would run at a solid pace, house prices would continue rising sharply, and that the exchange rate would gradually fall. Most importantly, the RBNZ’s ‘on hold’ stance was predicated on inflation jumping above 1% in March 2016 and rising steadily thereafter, on the basis that the lower exchange rate would feed through to higher prices for tradable goods and services.

However, the December Monetary Policy Statement also indicated that the Reserve Bank stood ready to “reduce rates further if circumstances warrant.” The RBNZ was acknowledging that things might evolve differently to forecast – and if they did, the RBNZ explicitly reserved the right to reduce the OCR. We would call that a conditional easing bias.

Circumstances have indeed changed, and in our view it is now clear that further OCR reductions are warranted. We expect the Reserve Bank will indicate a greater likelihood of OCR reductions when it issues its OCR review on Thursday.

For some time our forecast has been that the RBNZ will reduce the OCR twice in 2016, with June and August pencilled in as the most likely dates. But recent developments have made us more mindful of the risk of the RBNZ moving even earlier. The March Monetary Policy Statement is most certainly live, with the outcome depending on forthcoming data.