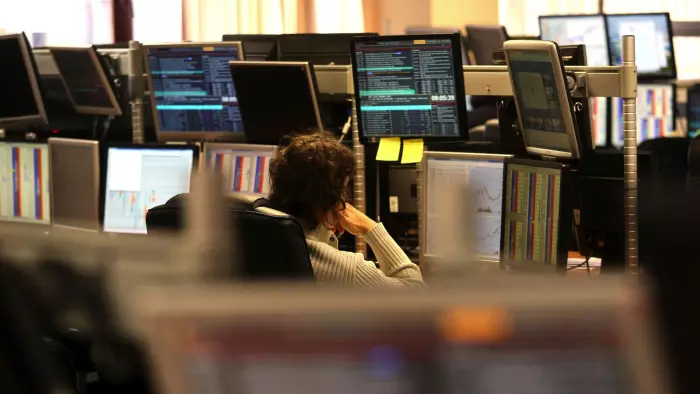 Equity markets have plunged and bond yields fallen sharply overnight as the fall-out from yesterday’s very weak Manufacturing ISM survey continued.  Market sentiment hasn’t been helped by the WTO’s ruling on state subsidies for Airbus which means the US is permitted to levy tariffs worth $7.5b on EU imports.  The NZD has performed well in spite of the risk-off backdrop and has pushed up to 0.6270.  All eyes are on the non-manufacturing ISM survey which is released tonight.

It’s been a bad start to October for risk assets, with equity markets once again a sea of red.  The S&P500 is down almost 2%, following on from yesterday’s 1.2% decline, while European benchmarks fell by around 3%.  There doesn’t appear to have been an obvious catalyst for the movements overnight, although there is likely to be lingering nervousness among market participants about the state of the US (and global) economy after yesterday’s very weak Manufacturing ISM survey.  There will be a lot of focus on the Non-manufacturing ISM survey which is released tonight.  Trump used Twitter to blame the fall in the equity market on the Democrats impeachment inquiry.

There hasn’t been any fresh news on the US-China trade war.  Elsewhere, the WTO announced that the US could impose tariffs worth $7.5b on EU imports over state subsidies for Airbus.  The decision had been widely foreshadowed and the US has already published a list of goods from which it intends to target with tariffs.  According to Bloomberg, the US administration is considering a ‘carousel approach’ to tariffs, whereby the US would switch around the goods subject to tariffs in order to maximise the disruption to the EU.  French Finance Minister Bruno Le Maire said the EU would respond “firmly” if the US went ahead with imposing tariffs and noted the WTO is still to rule on a similar case with Boeing.  While the amounts pale in comparison to those imposed on China by the US, the potential for another front in the trade war is hardly what the global economy needs now.

The only major data release overnight was the US ADP employment report, which was marginally weaker than expected (135k vs. 140k exp.).  There were downward revisions to prior months, bringing the survey into line with payrolls.  The ADP survey has had a mixed track record predicting nonfarm payrolls over the past twelve months but, at the margin, the release added to concerns about the US economic slowdown.

US Treasury yields have fallen sharply for the second day running, led by the front-end of the curve.  The 10 year Treasury yield is 4bps lower, to 1.59%, while the 2 year Treasury yield is 7bps lower, to 1.48%.  The market has added to its Fed rate cut expectations amidst the equity market sell-off, with October priced at around an 80% chance and 82bps priced-in by the end of next year.  The 2y10y yield curve has steepened up to +11bps, its highest level since the start of August (before the big bond market rally).

There were large falls in NZ rates yesterday, reflecting the post-close moves in Australian rates (after the dovish RBA statement) and US Treasuries (after the weak ISM survey).  The 2 year swap fell 6bps to an all-time low of 0.86%, with the market building in more OCR easing expectations, while the 10 year swap fell 4bps to 1.19%.  The November OIS contract is now priced at 0.73%, implying around a 10% chance of a 50bps cut by the RBNZ.   There is no OCR Review in January, meaning the next scheduled rate decision is three months afterwards, in February.  The market may reason that the RBNZ might not want to wait that long to cut a further 25bps, especially if the RBA were to ease again in November.  But given the apparent negative impact to NZ consumer confidence after the 50bp OCR cut in August, we think the hurdle for another 50bp cut in November is high, unless the global risks rise markedly.  The terminal cash rate is now priced at 0.5%.

FX markets have been mixed over the past 24 hours.  The USD indices are down slightly on the day, by around 0.1%, although they remain near multi-year highs.   The JPY has been the best performing currency (+0.5%) over the past 24 hours amidst the risk-off backdrop and falls in Treasury yields.  Unusually, the NZD is just behind it on the currency leader-board and has risen 0.4% to 0.6270.  We can only attribute the outperformance of the NZD overnight to short covering; we have noted in recent weeks the build-up of large speculative short positions in the NZD according to CFTC data.

The GBP hasn’t shown much movement to Boris Johnson’s unveiling of his plans for the Irish border, which were mostly leaked to media yesterday.  Johnson’s proposal is that Northern Ireland should remain aligned to EU rules on food, agricultural and manufactured goods and freedom of movement of people would be respected, in order to get over most of the issues on the border (although there would still likely need to be some checkpoints away from the border itself).  This would be a special temporary arrangement for four years until start 2025, at which time the Northern Irish parliament would vote on whether to extend the arrangement or not.  The plan received a positive response from both the DUP and Brexiteers but Irish Prime Minister Leo Varadkar said the backstop proposal didn’t fully “meet the agreed objectives”. EC President Juncker said there were “positive advances” and didn’t rule out the plan but said it had “some problematic points”.  The question appears to be whether there is enough middle ground for the two sides to come to some sort of agreement by the time of the EU Summit on October 17th.