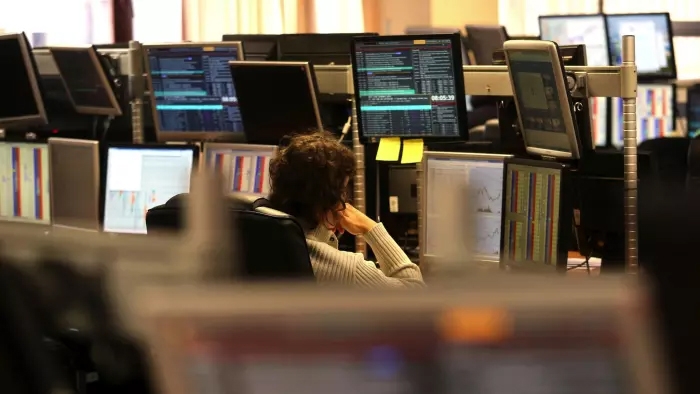 US equities and bonds reversed course from the previous night’s chunky movements after more trade news headlines, this time with a more positive tone. The US 10-year treasury yield is up 6bps. In currency markets, GBP and CAD lead the way, while the NZD has nudged higher.

Yesterday we reported the notable risk-off move after tariffs were in the spotlight, with the US seemingly on a course to impose a whole lot more import tariffs, against a wider range of countries, and President Trump seemingly non-plussed on any urgency to agree a trade deal with China. The mood music has been more positive overnight, after Bloomberg reported that Trump’s comments were just “off the cuff” and doesn’t mean that the talks are stalling. Quoting people “familiar with the talks”, Bloomberg reported that the US and China are moving closer to agreeing on the amount of tariffs that would be rolled back in a phase 1 trade deal despite tensions over Hong Kong and Xinjiang. President Trump told reporters that discussions with China were going very well…”we will make a lot of progress”.

The news story triggered a sharp increase in US equity futures and an immediate 3bp sell-off in US 10-year rates, highlighting the sensitivity of the bond and equity markets to trade deal news ahead of the 15 December date, when another ramp-up in tariffs is due if talks go pear-shaped. As has been typical, currency market reaction (the smartest guys in the room?) was more muted.

Adding to the risk-on moves, the economic dataflow has been on the positive side. The US non-manufacturing index was weaker than expected, but the rise in new orders and employment components meant that the market saw the release in a positive light.  The data assuaged fears of a weak employment report at the end of the week following the soft ADP private payrolls release, which was the weakest in six months. Earlier in the evening, final PMI services data out of the euro area were revised higher from the flash estimates, while the UK services PMI was stronger than expected, although remained below the 50 mark. And yesterday afternoon, China’s Caixin services PMI showed a surprisingly strong bounce higher in November, following stronger data at the weekend on the official China PMIs.

In currency markets, GBP and CAD lead the way. GBP broke up through 1.31 for the first time since May, as traders bet on a Conservatives victory at next week’s election. USD/CAD is down 0.7% to 1.32, after the Bank of Canada kept policy steady and offered a slightly less dovish statement compared to October. It gave no hints that it was going to join the global policy easing bandwagon anytime soon. The Bank’s October projection for a recovery in global growth “appears to be intact” with “nascent evidence that the global economy is stabilising”. Furthermore, the Bank characterised the domestic economy as resilient.

Positive risk sentiment sees the NZD well-supported, peaking at a fresh multi-month high of 0.6540 early this morning. Yesterday the currency was negatively impacted by a softer AUD after Australia’s Q3 GDP release, but it was well supported at about 0.6505. That GDP figure came in at a soft 0.4% q/q, although positive revisions saw annual growth tick higher to 1.7%. Our colleagues at NAB added another 25bps of easing into its projection for the RBA cash rate, now seeing it down to 0.25% by June 2020. AUD weakness hasn’t been sustained and the currency is back to the 0.6850 level it was trading at pre-GDP release, recovering from a low of 0.6813.  NZD/AUD met some resistance around 0.9550, as we saw earlier in the week.

Global forces drove NZ rates lower across the curve yesterday, with the 2-year swap rate down 3bps to 1.18% and the 10-year rate down 7bps to 1.57%. We’re likely to see a reversal of those moves today, following higher US rates overnight and a 5bps sell-off in Australian 10-year bond futures since the NZ close.

In the day ahead, all eyes will be on the RBNZ’s bank capital adequacy review to be released at noon, followed by a press conference by Governor Orr at 1pm. One would expect some softening of the original proposal of raising minimum Tier 1 capital requirements from 8.5% to 16% over five years.

Roger J Kerr Questions (and answers) about Covid, the NZ economy and the Kiwi dollar