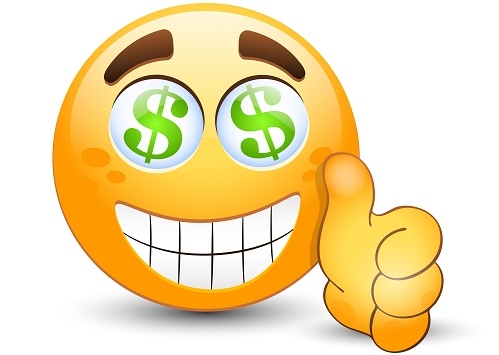 As expected, global geo-political tensions surrounding North Korea and Syria have not escalated any further over this past week and the media/financial markets are now starting to switch their attention to political risk in Europe as the first round results of the French Presidential elections come in.

Safe haven flows that strengthened the Yen two weeks ago are now unwinding.

At the time of writing the currency markets have bought Euros against the USD as European political risk is seen as reduced due to Emmanuel Macron  being well ahead of anti-EU candidate, Marine Le Pen in voter support for the second round of voting in two weeks. The EUR/USD exchange rate has jumped to $1.0930 from $1.0700 on the perceived political risk reduction.

Two weeks ago a negative CPI inflation figure for the month of March in the US weakened the US dollar to above $1.0800 against the Euro as the flip-floppy US interest rate markets laid bets that the US Federal Reserve would lift short-term rates by less than the planned two further increase in 2017.

The Fed are highly unlikely to alter their current stance on one month’s inflation numbers (which appear to be an aberration). Therefore, a pullback in the EUR/USD rate to the $1.0600 area is my view once the European markets realise that interest rate differentials are more important to the Euro’s value than political developments.

The FX markets will not need reminding that voters can make the polls look silly as we saw with the Brexit result last June. The latest Euro strength may well prove to be short-lived.

The UK Pound exchange rate ramped up to $1.2800 from $1.2400 on the surprise UK snap election announcement last week. It is hard to fathom why the Pound should appreciate on the UK Conservative Party securing a larger mandate from the people to negotiate the EU exit terms and process.

The Europeans on the other side of the negotiating table will not be changing their attitudes and bottom lines on a nation that voted to leave the family and go it alone.

A stronger US dollar against the Euro from here will also pull the Pound down from the current $1.2800 level as the Pound will not move in the opposite direction to the Euro.

Therefore, the NZD/GBP cross-rate is not expected to last too long at the lower 0.5480 level and GBP exporters should be loading up on long term currency hedging at current spot entry rates.

The NZD/USD exchange rate has retained its stability and composure around 0.7000 over recent weeks. If there is a bias for future direction it will be marginally higher due to two local and independent positives for the Kiwi dollar:-

The prospects of future interest rate increases and higher NZ commodity prices differentiate the Kiwi dollar to be preferred over the Aussie dollar by international investors/currency traders at this time.

Gains for the Kiwi will however be tempered by the risk of capital flows exiting New Zealand should US share markets correct down and the NZX follows, as well as political/economic policy risks around the September general election.