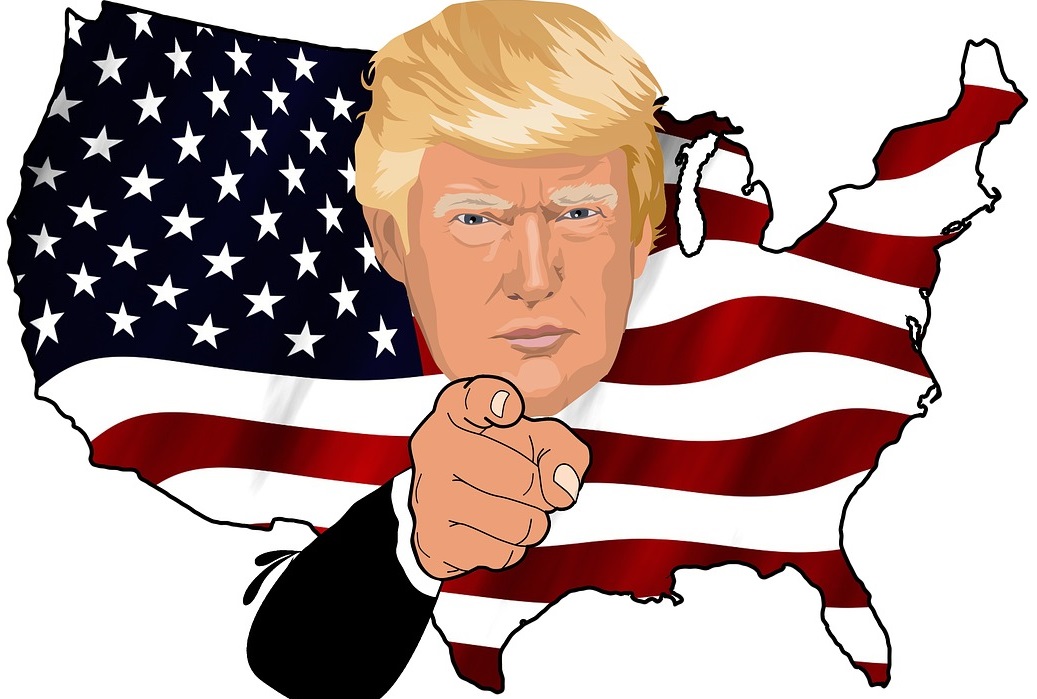 Global currency wars are looming as US President Donald Trump “ups the ante” on trading partners in increasingly bizarre attempts to keep voter support for the US mid-term elections in November.

Trump’s slogans have always been America first and returning jobs to the US economy that those nasty foreigners stole from them.

Over this last week The Donald added the US dollar’s value and US interest rates to the long list of prices that he believes should be somewhere else to where the markets determine them to be through underlying supply and demand forces.

Over recent months Trump has dictated to the Saudis that the crude oil price should be lower, he has attacked multi-national drug companies about their high product pricing and lambasted Harley Davidson for manufacturing outside the US because of the retaliatory tariffs Europe has imposed on US exported product.

The Europeans, the Chinese and the Mexicans have now been in his sights for artificially manipulating/devaluing their currencies to somehow get an advantage over the US.

He is not happy that the US dollar has strengthened over recent months as he thinks this makes US exporters uncompetitive.

The most incomprehensible and outlandish attack has been on his own independent central bank, the US Federal Reserve, stating that they should not increase interest rates any further as this could derail the economic and jobs growth that he is dependent upon.

Trump will not be re-elected in late 2020 if he cannot prove that his economic policies have returned jobs to the rust belts in the middle states of the US of A.

Whilst his environmental regulatory changes and lower corporate tax rates have certainly aided US economic growth, the massive risk he runs is that the trade tariffs/protectionism policies back-fire on him as they reduce US manufacturing jobs and cause higher inflation and higher interest rates.

Over the last 12 months the financial and investment markets have started to ignore the unpredictable and outrageous Trump statements on the US economy.

However, the recent attack on the Fed over interest rates levels (thus the value of the US dollar) will cause ripples in the markets as they factor in the unprecedented political pressure on the Fed in terms of interest rate settings.

In all probability, the Fed officials and voting members will ignore the Trump protestations and concentrate on the economic data trends, as they always do. The initial market reaction to the Trump statements on interest rates and currency value was to sell the USD against the EUR from $1.1650 to above $1.1700. That US dollar weakness allowed the NZD/USD once again to recover from below 0.6750 last week to above 0.6800.

The Trump tariff/currency strategy is designed to force the Chinese to make concessions and lower tariffs of US goods into China.

They are highly unlikely to kowtow to the Americans whilst Trump is so aggressive at trying to force change.

Of course, the Chinese have the majority of their foreign currency reserves invested in US dollar denominated US Treasury Bonds.

The lender normally has massive power over the borrower, so the Chinese could make life really difficult for the US if they so desired.

The Chinese Yuan currency value has been under downward pressure as their share markets fall and the trade wars are seen as negative for the Chinese economy.

If anything, the Chinese Government authorities are preventing further market-forced Yuan depreciation than deliberately devaluing their currency as Trump asserts.

The implications for the NZ dollar value from these Trump shenanigans are difficult to precisely determine.

What we do know is that he prefers a weaker US dollar and that does not suggest a weaker Kiwi to below 0.6700 due to a stronger US dollar on global FX markets.

Rising US interest rates should keep the USD stable over the next few months, however beyond that time, Trump may find a weaker USD (due to larger budget deficits and the interest rate factor coming to an end) is not all that comfortable for the US economy.

At the end of the day, currency values are relative prices that reflect the future performance of one economy against other economies.

The trends in economic data will always play a dominant role determining the price of a currency.

The US may well need a lower currency value to attract foreign capital in to fund their annual internal budget deficit shortfall in 2019.  New Zealand is not in that position with projected budget surpluses. Our currency value will always be highly correlated to the prices of the agricultural commodities we export (and economically depend upon). Right now, those correlations suggest the NZD/USD exchange rate should be closer to the 0.7000/0.7200 region, not below 0.6700.

I am not sure if it's the pink shirt or my memory that is fading,but Roger's comments have recently become more considered,or is it simply my bias that has found agreeance.

Rogers comments represent a fair view of the outward appearance of what Trump is doing. The fragility of Europe, QT's reduction of liquidity and what may be a Major flaw in China's shadow Banking system may see a collapse of the Global system and create a huge reset in so many ways it is impossible to predict precise outcomes but on a broad view the disruption will be brutal.

Putting the fact that he is highly objectionable to one side, I actually find Trump's approach to the economy quite refreshing. We have become indoctrinated to follow globalisation (which has hollowed out mid-America) however some countries benefit more than others. At no time in history has the % of GDP flowing to capital relative to labour been higher, nor the returns to management over workers. So good on him for calling out the US trade deficit and standing up to those running large trade surpluses (China and Germany).I know who I'd vote for if I was on the assembly line at Harley Davidson.