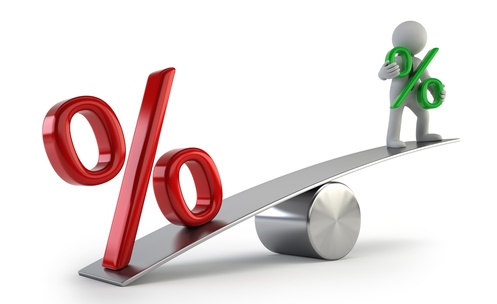 A marginally lower than expected inflation result for the March quarter (+0.10%) caused a disproportionate reaction by the local FX market last week, the Kiwi dollar dropping one cent from 0.6770 to 0.6670.

The immediate selling was understandable, as on the surface it increased the chances of the RBNZ cutting the OCR interest rate sooner rather than later i.e. on 8th May at the next RBNZ Monetary Policy Statement.

The interest rate market altered its forward pricing from a 30% probability of a 0.25% OCR rate cut on 8th May to 50%.

However, a deeper examination of the inflation trends in the NZ economy tell a slightly different story to the sound-bite headlines of the March quarter number being 0.10% less than the consensus forecast.

There was certainly a significant impact from one-off and temporary price changes in the March quarter that have since reversed, the most material being a reduction in fuel prices. Petrol pump prices have increased sharply in March and April as crude oil prices continue to increase and the NZD/USD exchange rate is lower.

The RBNZ should be “looking through” the fuel price decreases in the March quarter.

Even though the annual inflation rate has decreased to 1.50%, the more important “trimmed mean” adjusted core rate that the RBNZ place more store on stayed up at 1.80%.

Non-tradable inflation (i.e. domestic prices not impacted by the price of imported goods and the exchange rate) continues at a much higher clip at 2.80% per annum.

Tradable inflation (imported consumer goods) was expected to increase in the March quarter due to the depreciation of the NZ dollar in September/October 2018. However, that did not eventuate, and prices reduced for telecommunications, vehicles and audio-visual equipment.

Tradeable inflation decreased 1.30% in the March quarter. Most retailers hedge forward their projected foreign currency import payments to 75% over the next 12 months, i.e. nine months 100% hedged. Price increases on imported items are therefore more likely to come through in the June quarter CPI numbers as the lower NZD/USD exchange rate nine months earlier has an impact.

For all the above reasons, the March quarter inflation results should not be interpreted as a sign that demand in the economy is weaker, producers have no pricing power and inflation is heading lower. Average Kiwi households paying higher prices for rents, house maintenance, food, petrol and insurance will not be agreeing with the official statistics that confirms annual inflation is only running at +1.50%.

The FX market’s expectation that the OCR will be cut as early as next month appears premature in this column’s opinion, therefore a reversal back upwards in the NZD/USD rate is inevitable when the RBNZ leave the OCR unchanged on the 8th of May.

Reasons why the RBNZ will not cut rates in May and why they will be forced to alter their recent rhetoric that the balance has tilted towards the next OCR change being a decrease: -

Australian dollar breaking out of its downtrend?

The Aussie dollar exchange rate against the US dollar has been on a clear downtrend path since its jump up to 0.8100 in January 2018. Recent consolidation and stability between 0.7100 and 0.7200 are indicating a market sentiment shift back in favour of the AUD. Recent significant increases in metal and mining commodity prices point to the AUD/USD rate breaking out of its downtrend and moving higher to 0.7300 and 0.7400. Speculative FX market positioning is still extreme “short-sold AUD’s”. Watch for massive AUD buying demand when these positions are inevitably unwound (as the AUD fails to move lower). The NZD/USD rate will largely follow the AUD higher, not suggesting further Kiwi dollar depreciation below 0.6700.

... I'll give you two more reasons why the Reverse Bank shouldn't cut the OCR , Roger ...

1 : we're punishing savers in this country ... many of whom are retired folk , and who need a higher interest rate on their term deposits ... and sending all the wrong signals to the younger generation about the fiscal prudence of saving money , rather than on highly leveraged speculating .... which segways into the next point ...

2 : house prices are still horrifically overpriced in NZ ... we don't need lower interest rates to reignite the property mania we've witnessed over the past 20 years ...

Sorry but where do you think all the money for term deposit interest comes from? I.e the income 'retired folk' receive? It's from people that have taken out mortgages, and are paying interest on those mortgages.

You do need the property market high to some degree, both as a saver, and someone in the property market. If you want the younger generation to save, instead of take out loans (which pay your term deposits), then you'll have to accept that the term deposit rate will go through the floor, and you'll end up getting very little.

You didn't think it was the bank paying the term deposits did you?

Term Deposit rates are already very high in NZ vs global rates. A premium is already being paid for lack of saving as a country.

Agree with point 2 - low credit interest rates stokes prices, although that does depend on other measures like debt-to-income and demand side weakening (ring fence losses, bright line etc) so unclear on whether another drop would stoke prices as we've previously seen.

I concur. There's no reason to reduce interest rates & I'm suspecting that Mr Orr knew that all along. He was floating his comments to see the reaction, which, if you're going to do something major, like he is suggesting in the long game, then I think he was having some fun with his ''colleagues'' in the banking industry, playing along with them before he doubles down on his big game. They all followed along, didn't they?
If I'm right, I'm going to give Mr Orr at 9.5 for his recent official comments.
This is a game of comments.