China retaliated by increasing tariffs on $60b of US imports by up to 25%; US equities plunged, bond yields fell and the AUD and NZD depreciated; CNY experienced a chunky 0.8% fall

Currencies
China retaliated by increasing tariffs on $60b of US imports by up to 25%; US equities plunged, bond yields fell and the AUD and NZD depreciated; CNY experienced a chunky 0.8% fall 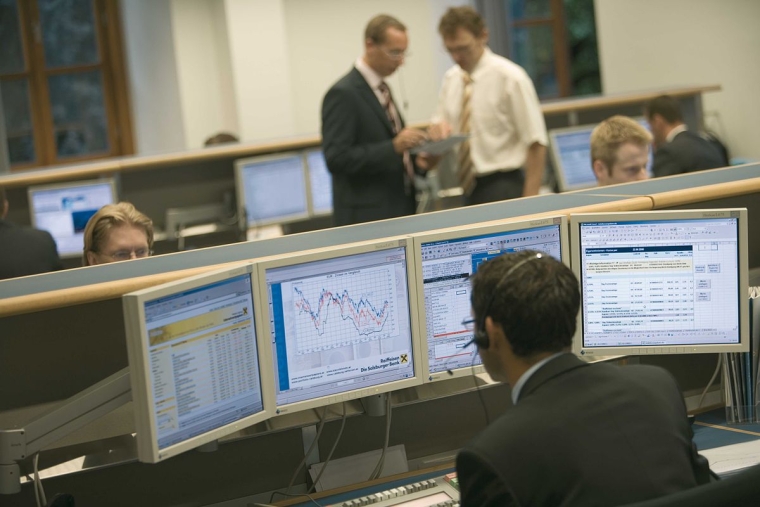 Markets moved into risk-off mode overnight after China retaliated by increasing tariffs on $60b of US imports by up to 25%.  US equities plunged, bond yields fell and the AUD and NZD depreciated.

China announced overnight that it would increase tariffs on a range of US imports by between 10% to 25%, with more than half the goods subject to the higher tariff rate.  Equity markets opened lower in Asian trading yesterday, and those losses accelerated early in the US session after the China announcement.  The S&P500 fell as much as 2.8%, although it has pared that loss in the past hour or so (now down 2%) after Treasury Secretary Mnuchin said talks were still ongoing and he was determining when to travel to China.  The modest turn-around in equities was aided by comments from Trump a short while ago that he planned to meet Xi at the G20 Summit in Tokyo at the end of June and he hadn’t made a decision yet on whether to go ahead with tariffs on a further $300b of imports.  Trump also struck a slightly more conciliatory tone with respect to China’s decision to increase tariffs, saying that “there can be some retaliation but it can’t be very substantial”.

With regards to sector performance, the IT and industrials sectors, both with large foreign exposures, were the worst performers (-3.2 and -2.6% respectively).  The NASDAQ is 3.3% lower.  Earlier, China’s CSI300 fell 1.7%, although the market was closed before the announcement of China’s retaliatory measures.

The VIX, a measure of implied volatility on the S&P500, moved up to 20, its highest level since January (but still much lower than the peak of 36 around Christmas).  Markets are likely to remain volatile in the near-term, as the market weighs up the threat of more tariffs in the coming months versus the chances that the two sides could make compromises to get negotiations back on track.  There is a perception that Trump will be more willing to compromise if equities fall sharply, and this is seen to put his bid for re-election in 2020 at risk.  The impact on the economy and markets will also depend on the policy responses from monetary and fiscal authorities.

While the focus at the moment is squarely on US-China trade, the threat of US tariffs on auto imports continues to linger in the background.   Trump is expected to make a decision by the 18th of May on whether to go ahead with tariffs on autos, and EU Trade Commissioner Malmstrom said the bloc was working on a list of €20b worth of goods that would be subject to retaliatory tariffs.  Last week US Commerce Secretary Wilbur Ross argued that “in order to reduce our trade deficit -- one of the big objectives of this administration -- we need to deal with China as an entity, and we need to deal with automotives as a product line.”

Bond yields have fallen, unsurprisingly, amidst a broad-based flight to quality.  The 10 year Treasury yield opened 4bps lower in Asian trading yesterday and it has continued to slide since, falling 6bps to 2.4%.  The 2 year Treasury yield has fallen slightly more, by 7bps to 2.19%, as the market has increased expectations of the Fed cutting rates.  The market now prices a 50% chance of a rate cut in September and a total of 30bps by the end of the year.  The Fed’s central scenario is to keep rates on hold this year, but were financial conditions to tighten significantly in the event of an all-out trade war, the market will look for a policy response from the Fed.  Dallas Fed President Kaplan noted that higher tariffs would “have some chilling effect on business” although the impact on the economy would depend on how long the uncertainty persisted.  Meanwhile, the closely watched 3m10y Treasury curve, which is one curve segment that has historically been a leading indicator of US recession, is again flirting with inversion.

FX markets have seen classic risk-off moves, with the safe-haven Japanese yen and Swiss franc strengthening and emerging market FX, the AUD and NZD falling.  The JPY reached its strongest level since early February, up 0.6% to 109.30.  The DXY USD index is close to flat on the day, but the broader BBDXY (which includes a 20% weight to emerging market currencies) is up 0.2%.

The CNY experienced a chunky 0.8% fall, its largest one-day move since October last year, with the currency now at its weakest level of the year.  USD/CNY is back to 6.88, closing in on the psychologically important 7.0 level.   The depreciation in the CNY, alongside broad-based weakness in risk assets, has pulled the AUD 0.8% lower to 0.6950, marking its lowest level (with the exception of the AUD/JPY ‘flash crash’ earlier this year) since the start of 2016.  The AUD is the worst performing currency in the G10.  The NZD has fared slightly better, and is 0.4% lower on the day to 0.6570.  The risk of an escalation in the US-China trade conflict, and consequent weakness in the CNY, is the major downside risk to the NZD.  The next key support is the October 2018 low of 0.6425.