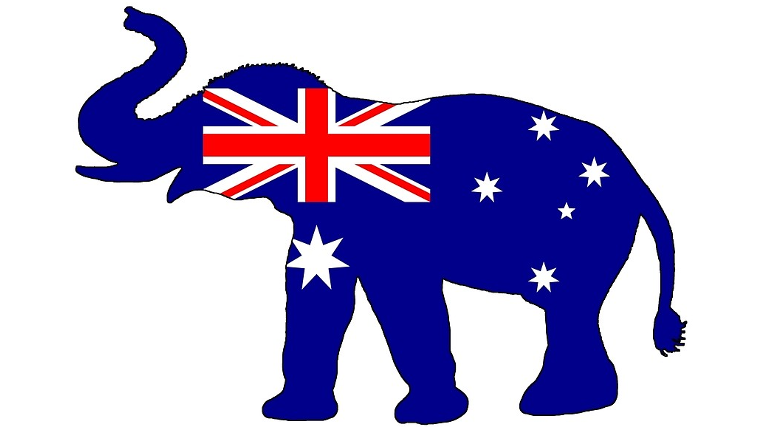 The recently released Growing New Zealand’s Capital Markets 2029 report, which offers "a vision and growth agenda to promote stronger capital markets for all New Zealanders," has a rather large elephant in the room.

This elephant is the banking sector.

The report notes both banking and agriculture are under-represented in the equity markets, suggesting investors would welcome a "broader ability" to invest in the two sectors. In terms of the banking sector, the under-representation is due to Australian ownership of the four big banks, government control of Kiwibank, and mutual/co-operative style ownership of smaller banks such as SBS Bank and The Co-operative Bank, the report points out. TSB is owned by the TSB Community Trust. Heartland is the sole NZ bank listed on the share market.

The report was produced by EY. It's from an industry-led working group "Capital Markets 2029" initiated by share market operator NZX and the Financial Markets Authority, and is chaired by ex-investment banker Martin Stearne. It comes a decade after John Key's government initiated a Capital Markets Taskforce led by the late investment banker Rob Cameron, which recommended partial listings of government owned companies. These followed with selldowns of the Government's shareholding in Genesis, Mighty River Power, Meridian Energy and Air New Zealand.

The 2029 report also comments on bank capital. It notes the Reserve Bank's proposed increases to bank regulatory capital requirements could see a decline in the issuance by banks of Additional Tier 1 (AT1) and Tier 2 (T2) capital instruments. These, it says, are popular with investors - especially retail investors - and the Reserve Bank should "look for ways to retain AT1 and T2 instruments that meet their objectives and the needs of investors." These are typically debt or hybrid debt-equity instruments offering appealing interest rates but can be confusing for retail investors.

What about Aussie bank IPOs?

One thing that is completely missing from the report is any mention of the suggestion that, if implemented, the Reserve Bank's capital proposals could potentially see one or more of the Australian parents of NZ's big four banks look to list some, or all, of their Kiwi subsidiary on the NZX. Should this happen it would clearly tick the box of giving investors more exposure to the banking sector.

In fact if, hypothetically, ANZ New Zealand, ASB, BNZ and Westpac NZ were listed on the share market rather than being foreign owned, would we even need to establish a group to do a report on the under-performance of our capital markets?

The report sets out what it calls "a series of visions and ambitions for the industry and the country to identify what ‘success’ might look like across the capital market ecosystem and against which future assessments can be made." One of these is: "The market capitalisation of New Zealand’s equity capital markets grows as a stronger ratio of New Zealand’s GDP."

Meanwhile over in the Lucky Country, the ASX market cap sits at about A$2 trillion putting it just ahead of June year GDP of A$1.95 trillion. The biggest company listed there is ASB's parent, Commonwealth Bank of Australia. Westpac NZ's parent, the Westpac Banking Corporation, BNZ's parent National Australia Bank, and ANZ NZ's parent, the ANZ Banking Group, were sitting at fourth, fifth and sixth by market cap at the time of writing. The four's combined market cap? A cool A$409.91 billion.

Now as I reported earlier this year, Deutsche Bank analysts Matthew Wilson and Anthony Hoo put some valuations on the big four NZ banks. They had ANZ NZ at $29.759 billion, ASB at $18.023 billion, BNZ at $15.498 billion, and Westpac NZ at $13.802 billion. That's a combined $77.082 billion. Again hypothetically, imagine if all four were listed on the NZX? Based on Deutsche's valuations, that means a total NZX market cap of about $236 billion. That's equivalent to 80% of March year GDP.

Wilson and Hoo are sceptical that the Aussie parents will float their Kiwi subsidiaries in full in response to the Reserve Bank capital proposals, should the proposals go through largely unchanged. The analysts suggest the four banks, that control about 88% of both NZ banking system assets and liabilities, "both individually and collectively, would represent a likely indigestible morsel." And capital issues and tax inefficiencies could be a barrier to even a partial listing of some banks, even if this would be "a sensible and well received outcome."

"Given their size Westpac and CBA appear to be the only likely candidates. These NZ subsidies would be ranked in the top 10 companies on the NZX."

"Our analysis shows that the NZ equity market is too small for a full or partial IPO. A full IPO of CBA's or Westpac's NZ subsidiaries would be 6-8x the largest ever IPO on the NZX. This appears unachievable in our view. A partial IPO would create liquidity issues, [a] credit rating downgrade, as well as severely curtailed capital raising abilities," say Sproules and Strong.

I would also argue that these four banks will remain appealing assets for their parents to hold even if the Reserve Bank capital changes are as tough as proposed. The Aussie parents may just have to learn to live with smaller dividends flowing west.

So perhaps it's best not to hold your breath whilst waiting for a local listing of any of the Aussie owned NZ banks. Certainly not a via a full selldown by a parent bank. What might be a safer bet though is that we have another capital markets review about a decade from now.

Aren't ASX-listed companies treated comparably to NZX-listed ones for tax purposes? IIRC they're FIF-exempt, but maybe there's some difference around dividend imputation or capital gains?

More generally, isn't making it easier to trade overseas shares a better solution than trying to get every company to list here?

That's taking a very narrow view of what a stock exchange is for.
If done right, a larger market cap should help NZX bring down the costs associated with listings and additional capital raising through greater market efficiencies. More companies at home could then raise growth capital by listing shares on NZX.

The valuation models applied don't stack up to me.

How could the market capitalisation of the big for banks being some 80% of our GDP; whatever that means?

Could it me their profits are excessive? Very likely, and isn't it just great they take them offshore. Someone hand me a Tui. Oh hang on, I think I might need something stronger!!

"The valuation models applied don't stack up to me."

They pay a large dividend + "Too Big to Fail" implicit Govt Guarantee. Perceived zero risk cash flow asset. If the reserve banks could convince the public that the banks aren't TBTF watch the share price tumble.

So you don't think their profits are excessive?

I said nothing about that matter.. You couldn't understand why their market cap was so large, I gave you one possible explanation.

The hippopotamus in the room: complying with the BS11 obligations will make it easier for the Aussie banks to sell their NZ subsidiaries. I sometimes wonder if that was an unspoken-but-intended side effect of the Reserve Bank's risk mitigation strategy.

But while we see the massive profit numbers from the big 4, not all of that goes back across the Tasman. Only a proportion of the profits are transferred as dividends, the rest is retained earnings - quite often invested into projects.....like the massive BS11 work the big 4 need to do here.

Do some homework on retained earnings. Its less than 15% on profit. Retained earnings are likely to be more come November, when the Reserve Bank for once is working for the interests of NZ inc.

Like most others, these banks source most of their capital from overseas as well. They use to phone the Bahamas, but nature did some of gods work. Its Cayman Island now, where they engineer more tax free profits by sourcing (dubious) money at 0.25% interest, then lending it to us poor peasants down here at 3.15%.

Get the picture now!!

Could you provide me with examples of what ANZ, ASB, BNZ and Westpac exactly do in regards to this? And nothing anecdotal please.

I leading question, from someone who knows, me thinks!!

All hidden through nominee companies and blind trusts. My ex brother in law worked in one of these tax havens, and what he knows would send along of politicians to jail.

Is that you Jonkey, who now has a get out of jail free card.

This is a non starter, now or ever. The Banks won't be listed here. If any Kiwi or resident here is interested they can buy the shares of the parent Bank in Aussie through Aussie stock exchange. They may get better value and profit.

Just like large parcels of land should not be allowed to be owned by foreign interests, neither should the banks. If the Aussies pull out of banking in NZ, who would give a crap. It would open up huge investment opportunity within NZ for astute investors and keep the money in NZ, vastly contributing to GDP.
I understand there are major hurdles to overcome in doing this but can it be argued that this would not be a good idea if at all remotely possible? Maybe in the interests of competition, foreign banks could operate but only within certain parameters? Just a thought...

Its called a DUAL LISTING .......... and is very common , BHP is listed in London , Sydney as well as Johannesburg , many Banks have multiple listings .

We should have dual listings here for all Banks and Insurers , and they should have the benefits of being PIE investments