Economists are picking a record economic recover in the September quarter, with GDP expected to grow by possibly as much as 14%

Economists are picking a record economic recover in the September quarter, with GDP expected to grow by possibly as much as 14% 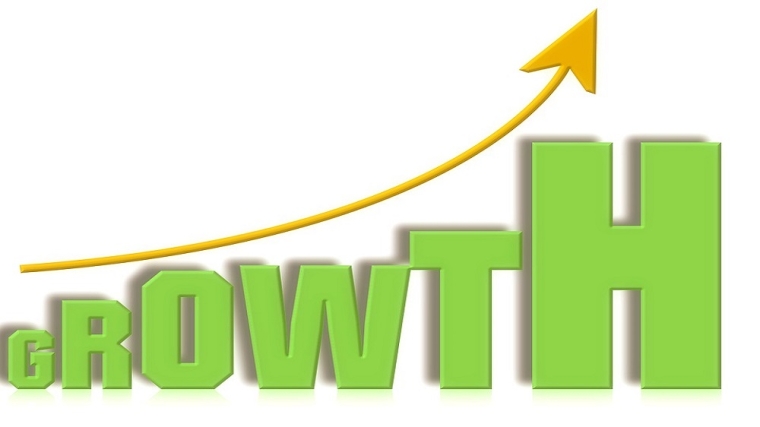 After the June swoon comes the September surge.

Yes, that's right, after falling off a cliff in the June quarter, the September GDP figures are likely to show a record bounce.

We'll find out just how well our economy recovered from the March/April lockdown when those figures are released by Statistics New Zealand on Thursday (December 17).

The June quarter figure as you may recall saw the economy shrink by a record 12.2%, "by far the largest on record", according to Stats NZ - although this was actually markedly better than some of the dire prognostications (circa -20%) that had been made earlier.

What we do know is that with the economy being largely open for business since June (although Auckland had its August 'lockdown lite') the September quarter recovery has been strong.

The key point of interest from this week's release will be just how big the number is. And what pointers we will be able to take for economic performance in the near future.

Well, it should be big. Around 12%-14% growth is where the market is falling in terms of predictions. The Reserve Bank, in its November Monetary Policy Statement, forecast a +13.4% bounce for the September quarter.

And there's a fairly common theme among the country's economists that our little old economy has been a very resilient thing this year.

A hat-tip to the economy

As ANZ senior economist Miles Workman says: "We tip our hats to the resilience of the NZ economy, the success of virus containment, and the efficacy of the macroeconomic-policy response. The economy has proven more robust than we initially thought (thanks in particular to the housing-induced bump to domestic demand and the generosity of the wage subsidy)."

But, and there's always a but: "It’s truly fantastic stuff, but unfortunately that doesn’t fully mitigate the significant challenges that lie ahead. It does, however, make the outlook for additional monetary stimulus more nuanced."

ANZ's picking a 14% figure for the third-quarter GDP, but to be followed by a -0.5% drop in the December quarter.

"It’s always been unclear just how much renewed lockdown measures (particularly in Auckland) would hamper the Q3 rebound from lockdown 1," Workman says.

"And the partial GDP indicators suggest this was less than we previously assumed. That implies more rebound in Q3 and less in Q4. So while we’ve revised up our Q3 quarterly growth expectation (from 10% q/q to 14%), we’ve downgraded Q4 (from 2.5% q/q to -0.5%) – that would mark the beginning of a technical recession as our forecasts stand.

"However, recession is a growth concept with very little meaning in the current environment of highly volatile data. In fact, the stronger starting point actually leaves our forecast for the level of GDP slightly higher than previously. But the very strong rebound in Q3 retail trade certainly lends itself to a Q4 retracement, as pent-up demand unwinds and difficulty getting product into the country weighs. It’s worth noting that the very sharp bounce out of lockdown in Q3 has occurred at a time when closed borders were yet to really become a significant hindrance – that’s more of a Q4 story that will only intensify in Q1 [next year]."

In terms of what's expected from the detail from the third quarter GDP figures, Workman says goods-producing industries are expected to lead the rebound (after leading the decline in Q2), with services and primary industries also rebounding in proportion to "their Q2 trip to the South Pole".  Ongoing divergence by industry is expected to remain evident in the levels. And that’s likely to persist for a while yet, with closed borders weighing on industries exposed to international tourism, such as transport, accommodation & food services and arts, recreation and culture, while others exposed to housing-induced domestic demand and government capital expenditure, such as construction and related goods manufacturing remain buoyed.

"Primary production tends to react more to weather conditions than global price signals in the near term, and should remain relatively insulated in the next few quarters – though getting fruit picked, packed and exported will be no mean feat given current labour and freight disruptions, comprising a key risk to the outlook, Workman says.

ASB senior economist Jane Turner, while also noting that the NZ economy looks to have been more resilient and has recovered from lockdown much faster than expected earlier this year, says the key question from now is whether momentum can be sustained.

"We expect growth will be modest over 2021, given a number of headwinds, including the international border restrictions and higher unemployment.

"But there are also a number of tail winds, including a strong (goods) export sector, low interest rates and strong housing demand. The outlook is still highly uncertain, and we will be keeping close tabs on incoming data and events. At present we believe the economy has enough going for it and sufficient policy support in place such that no further [Official Cash Rate] cuts are needed."

(The Reserve Bank cut the OCR to; 0.25% in March as the Covid crisis mushroomed and has pledged to keep it at that level for 12 months. Till recently there has been widespread expectation that the RBNZ will take the OCR below zero early next year, but recent data and developments have suggested this is now less likely.)

A 'phenomenal' bounce back

ASB's Turner, who is picking a +13% GDP figure says the strength of the September quarter bounce back in activity "has been phenomenal" given the disruptions and with international tourism severely impacted.

"We estimate economic activity was just 1.7% below year-ago levels in Q3. It is also clear that the NZ economy is climbing out of recession over H2 much faster than we had previously expected."

But Turner too acknowledge that further growth over 2021 is" likely to be relatively soft given a number of headwinds", including closed international borders and higher unemployment.

"While the Covid alert levels were temporarily increased during August and September, it appears that the impact this time around was largely to defer spending rather than prevent it," he says.

"On our forecasts, that would see GDP about 2% below where it was at the end of last year before the Covid shock. If we consider trend growth over that time, that puts the economy about 4-5% below where it would have been in the absence of Covid. That’s about the size of the hole left by the loss of international travel while the country’s borders remain closed. In other words, the rest of the domestic economy is already operating at something close to full speed."

But is it sustainable?

Gordon notes "some scepticism" about whether this level of activity is sustainable, with some forecasters (including the RBNZ) predicting GDP declines over the next one or two quarters.

"We don’t see any evidence to support that so far, but it is fair to say that further growth will be harder to eke out from here while the border remains closed."

In terms of the third quarter detail, he expects the worst-performing sectors to have been those affected by the closure of the international border. That includes transport (especially air travel), hospitality, and administrative services (a category that includes travel agencies).

"While each of them will see some pickup from their June quarter lows, they remain down significantly on last year," he says.

"Meanwhile, some parts of the economy are running red-hot – particularly retail, which we estimate is about 9% up on its pre-Covid level. Some of this will be due to substitution. The closure of the border has also halted outbound tourism, so it appears that Kiwis are spending up in areas such as homewares and renovations instead."

Forget %s
GDP will not recover to pre covid level, unassisted without the tourist $.
Any mention of shovel ready projects GDP kick in ?

Many people smile for to be a shovel-ready project, one needed a viable, supported funding plan already.
- funding comes first.....

If there's one thing Covid has shown us, it's that the value of international tourism is well overstated.

You will be proven wrong (again) later this week Henry. Our export lead economy is running hot - plus the out of control house prices making everyone "feel good" - if you own property and spending up large. Maybe ring your buddy in the states to see how you can spin this into bad news?

I heard today that meat works meat storage is chocka. Likely to be an end to venison processing, and farmers are looking at their developing feed shortages with the likelihood of a slowdown of killing, and def price tumble for meat. Give us 6mths and then we'll see if our export economy is truly running hot, or more like a 100m sprint race just before the finish line - everyone racing at full speed ahead because they know it will soon stop. Dairy may be the exception.

Bottom line CO, economic forecasters are no better than snake oil salesmen and crystal ball gazers. Our economic response will be what it will be. Primary production is seasonal and not driven by forecasts (economic or otherwise) but is demand driven. Personally I wouldn't pay much mind to forecasts

Now it is clear to all of us, that in order to avoid natural great depression of 30's? for any future eventuality, it's just a matter of stimulus - So come this 2021 RBNZ should triple their QEs, we need to keep the momentum.