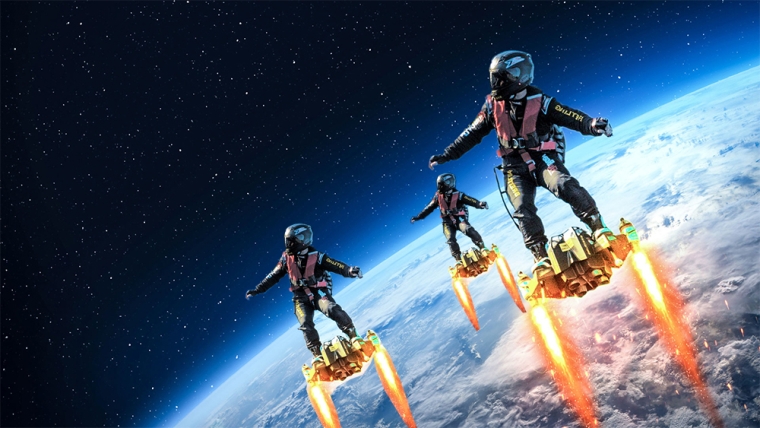 Update: They are coming fast now. ASB has now advised new rates too (after we first published this article). They are in the table below.

We now have notifications from BNZ and TSB.

BNZ has pushed its boat out as far as Westpac did on Thursday, matching or topping ANZ's fixed rates for the hotly competitive 1-2 year rate set.

On the other hand, TSB has been much more restrained with its fixed rate increases, rising only +16 bps or +20 bps, and leaving its sub-4% rates unchanged for the 4 and 5 year fixed terms.

We are awaiting key rate announcements from ASB and Kiwibank, and they will no doubt come soon.

In the meantime, both banks have rates that are unusually lower than their main rivals, for a short time at least.

(Across the office, ASB did announce term deposit rate increases that range from +5 bps to +40 bps.)

The economic collapse of China is really setting off a domino effect.

30% of China's GDP is the construction sector.  China already has a huge oversupply of residential housing.  Prices and debt levels are very high.  This is a massive risk, particularly to smaller economies reliant on trade with China.

Definitely one to watch.

How do you connect China's economy to the rise in NZ banks interest rates?

It's the fear in the bond market putting pressure on swaps.  If there weren't so many regular defaults on interest payments it wouldn't be such an issue.  As the swaps get more expensive the banks aren't going to set themselves up to lose money.

This is nothing to do with China. It's global interest rates being pushed up by inflation.

Which is not to say that the (potential) collapse of their real estate sector won't affect us, when it happens...

Look at the origin of the inflation.  China is roughly 20% of global trade and they are having, or creating, many issues for the cost of energy and production inputs.

The 1year interest rate is back to the same rate offered in March 2020 and the entire 2020 OCR reduction is now gone.

Let's see if the "housing market commentators" are right - housing is rising because of record  low interest  rates.  So theconverse must be true- housing prices should now return to what they were pre covid.

they wont drop much as people wont sell for less than they paid unless forced too, the number of sales will decrease as listings get taken off therefore the supply of listings will hold prices stable or at a slow decline for awhile

The economics of holding an existing property is vastly different from 12 months ago.

Interest deductibility phased out, interest costs up 50%, increasing costs of Healthy Homes and additional tenant rights who can make any reasonable changes to your property and can't be kicked out...

The list goes on, many mum and dad property investors will be exiting the market as this isn't what they signed up for, rental income won't cover their interest costs, and capital gains are likely to be minimal over the next 2-3 years. That being said, the economists could be wrong on this one as well, property prices could spike up or down, but it's a gamble I wouldn't want to bet on.

Nah.
No need to feel sorry for investors.
My millennial son bought an investment property in a regional centre 2 to 3 years ago. Value up 60%, rents already up 15%, equity vs principal considerably improved, tax on interest doesn’t fully kick in for another thee (?) years . . . not in the least bit worried as expects rents will have reduced principal considerably and will have paid it off in six years.
P.S. No help from bank of Mum and Dad

Good on him, which regional centre did he buy in?

If it's the likes of Gisborne, it may be smart to exit while he's ahead and lock in those gains.

He has been incredibly lucky with his timing hence he is in a much different position to someone buying into the market now.

My advice would be let inflation eat away your mortgage whilst you make minimal payments and enjoy bumping up the rent.

Collect money from the bank and the tenants at once.

Yes Gisborne - great CG there over the past couple of years.

After Auckland he is enjoying the relaxed lifestyle environment (great surf and beach) and affordable housing. Fortunately he is in a line of work where wages are similar to those nationally.

As to future for housing there is a shortage and have read a report that the shortage is going to take some years to address* so prices are expected to remain relatively firm. However whatever happens to the the local market that is secondary as to what happens to rents.

What seems to be the determinate is when he decides to move for lifestyle reasons . . . it is a good environment for young kids as is Hawkes Bay.

Something there for those struggling to meet Auckland house prices and traffic congestion.
Cheers

* on the basis of estimated shortage, population growth and current new supply it could take longer than the national average.

I thought so and that's a great situation to be in for your son- he's done well for a millennial.

Having said that, looking at where Gisborne real estate prices are at currently, I have seen some analysis that prices are 10-30% overvalued relative to the rest of the country currently. Auckland wouldn't be far off those prices.

If your son plans to live there long term, then the prices don't matter as long as he continues to pay his mortgage.

From an investing perspective, it may be better off being a value investor, taking his profits from Gisborne and buying somewhere where he can get better yield and better value.

Plenty to think about but glad he is on the right track.

Can anybody spot the glaring fallacy in this statement?

Here's a clue, at what discount on today's pricing would the average seller actually be selling for less than they paid however many years ago?

I mean there is zero chance they will mentally anchor on any other value they might have encountered along the way, like rates CV, or homes/oneroof/corelogic estimate on their banking app instead of purchase price from 4 years ago..

but what happens if you are getting a divorce, or moving cities/regions or your family member has died and you have inherited the property, or you lose your job

Housing will keep on increasing until banks keep on giving money out. Everyone in NZ just wants to make money on their equity. Everyone wants do get rich at the time of influx and at someone else's cost. They all want to buy to sell at a later date and become a millionaire. And we have been repeatedly told by peers, mortgage consultants and media that debt is a good thing. Is it? If everyone makes money from houses without doing hard work or any development, who pays?

Interesting to read the old comments from the swap rates page:

Swap rates plummet - looks like they will soon be at the lowest level seen since 2009 - likely they will plunge to a new record low. The banks should soon be offering 1 and 2 year mortgages at around 3.5% and 3 year mortgages at 3.75%. Current mortgage rates in the mid 4% area are far too high - negotiate hard with your bank!

how high is unusually high

Anything higher than usual.

And 63% at Wednesdays sessions.  Seems pretty good considering Akl are still in level 3.36744 or whatever it currently is.

On Thursday there were 16 out of 38 passed in whereas the Thursday before had 3 out of 11 passed in at B&T Auckland Central rooms. Far too small numbers and too early to tell of course but...enough to start a rumour.

Indeed, if your objective is starting/propagating rumours..

With the management of the covid shambles and external events......how long before unemployment rises?

This is going to get ugly.

Yep. And the covid shambles and related growing unemployment is one of the key reasons the OCR won't be increased that much.

Another reason is that once the OCR gets to 1% it's going to start killing the development sector, with resulting job losses etc.

So the feedback loops kick in.

But then what do I know, everyone here and all the economists are saying the OCR will be more than 1.5 % in a year!

I don't think  I have heard one person agree with me, so maybe I am the weirdo.

I wouldn't dismiss your view.  It seems they can't hike rates to control inflation - an alternative, tighten up on credit.

Would that work instead?

But I don't think they'll be able to keep rates down if global inflation persists, even if those rates are causing unemployment. We don't really know how the RB will juggle those mandates if it comes to that, or whether the global inflation will continue. But I believe that serious inflation and a weak NZ dollar would be a real political shock. It is very very unfamiliar territory, people will freak out.

Ashley Church this morning is having a whinge about the RBNZ this morning and how he fears for NZ's Economic Stability.

All of which is code (by Ashley)  for the Housing Market is looking shaky and the growth is about to reverse.

Tony Alexander is openly suggesting that the time has come for people to reconsider their financial goals and whether they have "enough". For many, he argues, now may be the time to sell, lock in gains (whether that be real estate or crypto) and then prepare to protect wealth rather than try to grow it.

Just a reminder folks, that banks don't lend money people deposit with them, nor do they lend the money they get in by borrowing from the Reserve Bank or other banks. Those funds all go into reserves, which are enormous at the moment. They don't need more reserves. Banks create the money they lend. That money creation becomes more deposits. They are simply profiteering from these rises in rates that they blame on "funding costs'. https://www.bankofengland.co.uk/-/media/boe/files/quarterly-bulletin/20…