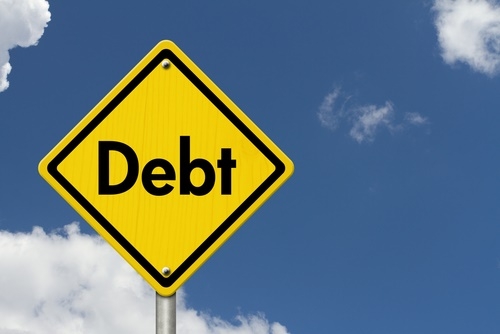 Well, we were busily gearing ourselves up with mortgages ahead of the virus/economic crisis. But there was some encouraging news on the consumer borrowing and agricultural borrowing fronts.

Latest Reserve Bank sector credit figures for February show that in the month the annual rate of growth of outstanding mortgage debt hit 7.2% - which was it highest rate of growth since July 2017 and reflected the upsurge we had seen towards the end of last year, running into this year, in the housing market.

Slightly more encouragingly, given the tough times immediately ahead, personal consumer borrowing had been falling.

The $16.783 billion of consumer debt outstanding (again including both bank and non-bank lenders) was actually down 0.6% on the total outstanding in February 2019.

And also down, albeit only very slightly, was the amount of debt owed by the agricultural sector. We are going to need this sector in good condition in the months ahead, so that's good.

Agricultural debt stood at $62.779 billion in February down from $62.84 billion as of February 2019. The agricultural debt has now been hovering around the $60 billion mark for about three years.

Business borrowing was pretty volatile last year as business confidence sagged before coming back strongly at the end of the year. However, it settled down. It's fair to say this is a figure you can expect to be real volatile again in coming months.

As at the end of February business debt outstanding was $121.689 billion, up 5.9% on the figure as of February a year ago.

" But there was some encouraging news on the consumer borrowing and agricultural borrowing fronts."
Indeed, and as your article suggests:
- There was some bad news on the residential mortgage front as that debt increased by $19 billion. Debt, both old and new, that is about to see the collateral underpinning it, challenged.

Hmmmm... should we quarantine the wealthy one third of households that are in receipt of ~sixty percent of low RWA bank lending dedicated to speculating in the residential property market?

Trap them in situ? It's probably happening before their eyes...

This debt mountain is looking more like Mount Doom each passing day.

Time for a debt reset. Two ways to do it, let asset prices crash or print money and steal wealth from savers. The government will decide which it will be. Oh, by the way they will have heaps of debt and have already started printing money. Who's face will be on the 1 Trillion dollar Kiwi note?

'Mr. Sir Maestro of NZ rock star economy' for the note face. Debt reset: print money & steal from savers are already underway. The loss is to be socialised, the result is for the Wealth/capitalist - Let asset prices crash? - Only by external factors/outside NZ - It will never happened in NZ (as every man and his dogs of NZ politicians, Every ones that you can muster in names are all in this property ponzi scheme. No matter how big/small the herd, they all being managed by Banks as their shepherd, it can still happened naturally, like the current on-going 'force majeur' - but as you can see, for now .. the current actors they'll fight it to bitter end.