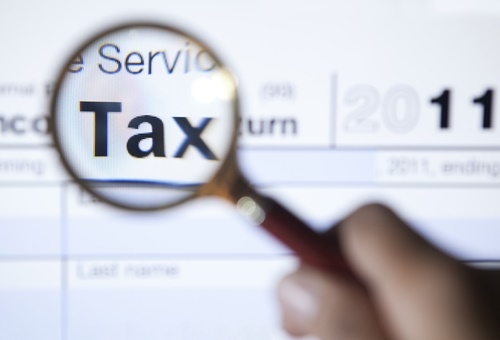 The tax, aimed at being introduced on July 1 next year, was part of the package of proposals unveiled by the Government in May's Budget and fits in with the the so-called  'bright-line' test targeting investors selling properties within two years, which was introduced into Parliament last week.

Revenue Minister Todd McClay said the new proposed withholding tax was "an important part of the Government’s residential property tax compliance work and will ensure tax is paid under the Bright-line test legislation".

Today the Government's released a consultation paper, a summary, and a question and answer paper. Submissions close on October 2, 2015.

The proposal as contained in the consultation paper is to introduce a requirement for an amount to be withheld on the sale of residential land in New Zealand by a conveyancer or solicitor to the property transaction and paid to the Commissioner of Inland Revenue. The amount to be withheld would be the lower of:  33% of the vendor’s gain on that property (i.e. 33% x (agreed total sales price - vendor’s acquisition price)); and 10% of the total purchase price of that property.

This proposed “residential land withholding tax” or “RLWT” would come into effect from July 1 2016. That is, conveyancers and solicitors would be required to act as withholding agents and withhold RLWT on affected transactions where settlement occurs on or after 1 July 2016, the IRD says.

"As the proposed RLWT is intended to be a mechanism for supporting the collection of tax imposed under the bright-line test, we suggest that the withholding tax apply where the vendor of the residential property is both an 'offshore person' and taxable under the bright-line test, because they have held the property for less than two years prior to the sale," the IRD says.

McClay said that under the proposed bright-line test, gains from residential property sold within two years of purchase would be taxed, unless the property is the seller’s main home, inherited from a deceased estate or transferred as part of a relationship property settlement," McClay said.

“The objective is to target those people who are seeking to make a quick gain from property, whether they are based in New Zealand or overseas.

“However, it can be more difficult to collect tax from people speculating on property in New Zealand if that seller lives overseas. For this reason we are proposing that a portion of the sales proceeds are withheld at the time of sale and paid to Inland Revenue as a pre-payment or bond against any tax that may be due.

“We want all people buying and selling property for profit to know that we expect due taxes to be paid.

“Together with the other measures announced in Budget 2015, the proposed withholding tax should go a long way towards bolstering our property tax rules and improving tax compliance amongst property speculators,” McClay said.

Kinda feel that the two year requirement is like a test stone, a precursor for a full fledged CGT. It may be extended to 3, 5 or permanently depending on its impact on house prices.

Doesn't the law already state that a property bought for investment purposes, gains are taxable?

no the income is taxable but as most are neg geared the government offsets the tax losses with credits against income.
the grey area is intent, if you are buying and selling for GC profit you should be paying tax on the NP
this government should have made the bright line test 5 or 10 year and ditch neg gearing on residental property'
why should a landlord have an avantage over an owner occupier

yes, and sharetrader is talking rubbish.

It makes no difference if an investor is positively or negatively geared - if it is bought with the _intention_of_resale_ then the profit (or loss) is considered a trading activity for tax purposes. This is regardless of loan size.

There is a difference between purchase as a capital asset for long term rental portfolio though. If resale is considered to be part of the profit/yield/performance, then it is taxable as resale is part of intended profit.

If it is part of a rental portfolio, then it is not considered a trading profit and falls under the same runs as any other plant sold for more than purchase price - it the gain is considered to be store of value, not of trading profit, thus zero profit as for tax declaration. this is particularly important when you remember to factor in capital improvements which cannot be claimed as deductible expenses, and can only be depreciated, and are _always_ paid for by tax-paid income (unlike goods for sale! which are deductible against revenue, as inventory purchases!!)

As a side issue, an issue of fairness needs to be raised about the tax treatment of all people based overseas purchasing properties in NZ. The tax law would seem to be weighted against NZer's.

As an expat NZ citizen currently overseas it is almost impossible for me to now hold a NZ property without becoming NZ tax resident due to the IRD's tighter tax interpretation released this year.

However it would seem that foreign buyers can buy houses freely in NZ (except 2 year brightline test), or is the IRD going to assess them all as residents for tax purposes as well?

Interesting - can you expand on the IRD interpretation that has changed?

If you are a tax resident of another country (especially a country with a reciprocal tax agreement) how can IRD treat you as an NZ tax resident? Doesn't seem to make sense as there must be a lot of kiwi's who have moved overseas but held onto property in NZ.

Plenty have sold beyond a year ago to retain damn near tax free status in Middle East employment. Apparently, property ties you to resident status are far as IRD is concerned.

Yes, which is one reason using IRD files for foreign related economics issues is an automatically failure.

I think you mis-understand

The landscape will change

Good. If you're owning NZ property, you should be a tax resident for that holding in NZ.

Heck if the US can declare _everyone_ regardless of nationality or residency who sells in US to be a taxable person, then we should certainly be doing so for assets that actually are in the country!

Will it really help stop money laundering, do you think?

As Cowboy suggests Buzby, it's a start. It should at least help deter some of the least sophisticated criminals using real estate to launder or park a few million in criminal proceeds. (And may slow some of the foreign capital flight funds being parked in NZ real estate too).

But the most sophisticated professional launderers already use vast webs of corporate vehicles and professionals in multiple countries masking their activities anyway, so it's hard to tell if the new settings will change anything much for them.

In ordinary business that sort of concentration might trigger industry consolidation. Not a pleasant prospect in terms of organised criminal activity. Police might have to brush up on the Commerce Act!