New LVR rules expected to slow housing debt, which is growing at its fastest pace in more than eight years

New LVR rules expected to slow housing debt, which is growing at its fastest pace in more than eight years 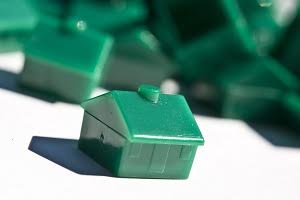 The level of housing debt taken on by Kiwis is growing at its fastest pace in more than eight years.

We now owe bank and non-bank lenders $225.98 billion in loans related to housing.

This growth has contributed to total household debt, which also includes consumer debt, increasing 0.8% from July and 8.7% from August last year, to reach $240.37 billion.

Mortgage and total household debt hasn't increased at such fast rates since early to mid-2008.

Yet ASB Economist Kim Mundy notes this growth is well below the peak of the previous housing boom.

Mundy says: “Despite the increase in lending this month, we do expect housing credit growth to abate going forward.

“The latest round of investor loan-to-value ratio restrictions (LVRs) [effective from October 1 but implemented by the major banks well in advance] appears to be denting investor demand, and this will likely soon be reflected in housing credit growth.

“The previous LVRs were associated with a similar fall in the investor share of new lending in October, before monthly lending growth dipped in November and December.”

ASB expects the RBNZ to cut the Official Cash Rate to 1.75% in November, in an attempt to lift low inflation.

While falling interest rates mean the cost of servicing debt is relatively low, indebted borrowers will be put under pressure when interest rates eventually rise.

Ouch! Did you see the household deposits only grew $100m for the whole market!! That's a pretty chunk funding shortfall.

Running up debt growth at almost triple the rate of growth in the economy is highly dangerous, particularly when you consider that the real reason for any growth is due to a massive cash injection of newly borrowed money approaching 10% of current GDP. Despite what Kim Mundy might think there are plenty of economists getting very concerned. Joe Public posted this up yesterday:
http://business.financialpost.com/investing/canadians-aussies-and-kiwis-...
"The final scenario is one where governments are too timid on action, allowing the current real estate bubble to grow even larger. When governments are eventually forced to act because of financial stability risks and populist pushes against growing unaffordability, the result is a much more serious price correction and potential housing crash"

2billion for the month @ 4% is 80m interest for the year. No doubt the debt is for 25years plus.
Say its 20billion extra debt for the year.
Thats an additional 800m of interest payments on top of the 8billion interest we currently pay.
Remember the debt stands at 240billion. (240×0.04=8)

Obama managed to double the National debt in the usa in his term. That seems really bad with a 100% increase

Then i looked at how much NZ national debt increased under John Key. The increase was 1000%. NZs national debt is 10 times bigger than when John Key took office.

So its not just the household debt that has exploded under John Key.

It seems that kiwis can only afford $21 billion in interest payments per annum. Any more and the music stops.

Percentage growth in household ( mortgage ) debt below 2004-2006 peak. Mundy seems to' forget' that the base from which this debt grew was significantly smaller , that we were on average buying 60 percent more homes in 2004 than current levels . Most importantly , annualised inflation is by a factor 10x lower than what it was in 2004, is it any wonder that interest only loans are the only way to push the market higher even when interest rates are at historical lows.