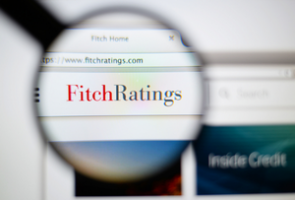 The Reserve Bank proposals suggest New Zealand banks would need about $20 billion more capital than they held as of March 31 last year. The increase would all need to come from Tier 1 capital such as ordinary shares or retained earnings, and be phased in over five years.

"From where we're coming from, we see the proposals put forward as a credit positive for the standalone profile of the banks. Whilst the amount that they're asked to increase their Tier 1 and Common Equity Tier 1 equity ratios [by] is a significant increase from where they are, for these particular four banks given the strong profitability they generate, we think that they could meet them," Do says.

"It's not going to be a difficult task for them. They could meet that essentially just through profit generation over the proposed five-year timeframe period. In that respect when we say they're well positioned, they won't need to do anything extraordinary to raise it. [But] it will probably require a rethink of their current dividend distribution back to their Australian parents."

Between them the four banks last year paid combined dividends of $3.39 billion. That was equivalent to 66% of their combined annual net profit after tax, down from 73% in 2017. Fitch describes the big four NZ banks as having "strong earnings and balance sheets relative to many international peers."

Fitch suggests the four banks, which hold a combined 85% of NZ banking system loans, could use their strong competitive positions to increase borrowers' interest rates or ration credit to help them maintain profitability whilst working towards the Reserve Bank proposals. However, Do notes such moves would be against the backdrop of a low interest rate environment.

"There's probably not that much more they can cut on the deposit side," says Do.

NZ banks require deposits to help them meet their Reserve Bank enforced core funding ratio (CFR) requirements. The CFR requires banks to meet a minimum share of their funding from retail deposits, long-term wholesale funding and/or capital. The minimum CFR for each bank - on a daily basis - is 75%.

"We think that by increasing the capital that they need to hold there will be an impact on pricing [but] the quantum is not clear at this stage given we're not sure how it all will play out. If the amount of capital they need to hold is higher they have the ability and the marketshare to influence market pricing. It's likely they'll take that opportunity if they need to in order to maintain their profitability," Do adds.

Like rival S&P Global Ratings, Fitch says if implemented the Reserve Bank capital proposals would strengthen the four banks' standalone credit profiles, which it currently has at 'a' for all four banks.

"Our view at this stage is an increase in capital is credit positive for these banks," says Do.

Fitch has issuer default ratings of 'AA-' on all four banks. The outlook for ANZ NZ and Westpac NZ is stable, whilst it's negative for ASB and BNZ due to issues at their parents Commonwealth Bank of Australia and National Australia Bank. (See credit ratings explained here).

Figure 1 below comes from the Reserve Bank. 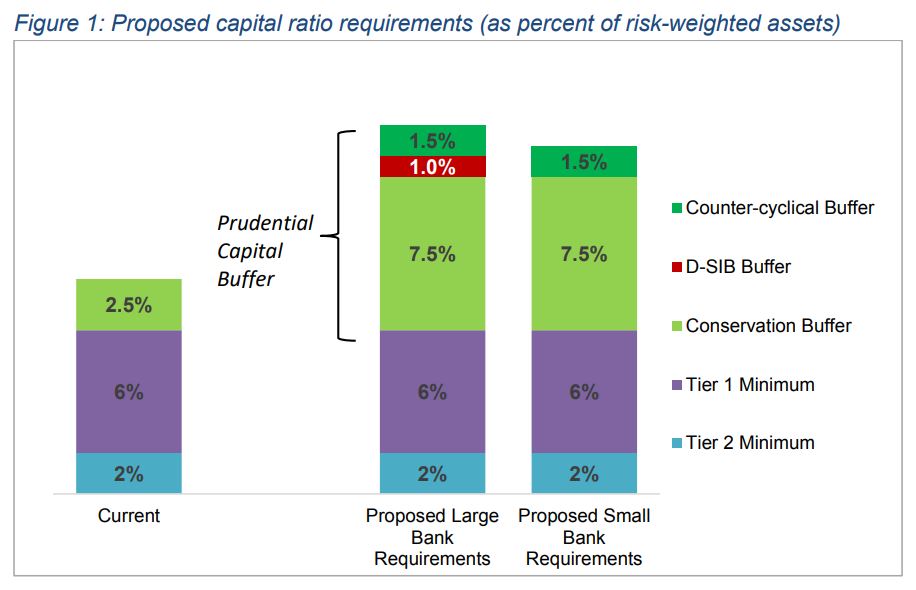 My thoughts exactly. All the wheeling & squealing from The 4 is just noise. We all now know how greedy your average Australian Bank is. It's an A on the Greed Scale.

In its current form it will have considerable consequences for not only borrowers, depositors and shareholders, but the economy itself. It isn't just the Big Four pointing this out strongly, but the majority of those doing independent analysis, and the many NZ corporates who are also rapidly submitting submissions to the RBNZ desperately trying to get it moderated - don't let the uninformed comments such as the other one on here delude you into thinking anything else - fortunately I get the feeling that the RBNZ knows its got alot of it wrong, and although it won't be like a complete Labour CGT back flip, we're going to see a far softer version come the Sep RBNZ final decision.