Economists see the RBNZ holding fire when it reviews the OCR on Wednesday, before making one cut before the end of the year

Economists see the RBNZ holding fire when it reviews the OCR on Wednesday, before making one cut before the end of the year 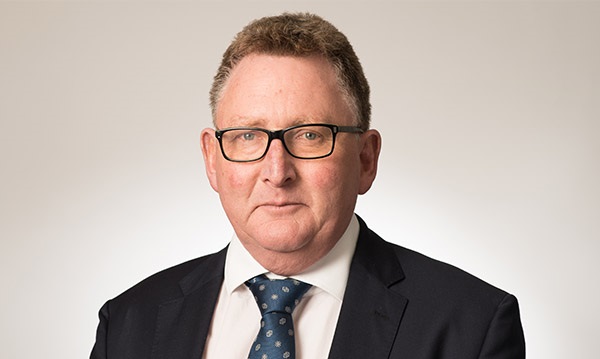 The Reserve Bank (RBNZ) is expected to take a breather and keep the Official Cash Rate (OCR) on hold on Wednesday, before making one more cut before the end of the year.

ASB, Kiwibank and Westpac economists expect the RBNZ to shave another 25 points off the OCR when it releases its next Monetary Policy Statement (MPS) in August. Meanwhile ANZ and BNZ economists believe it’ll cut at the release of its following MPS in November.

The RBNZ, when it last reviewed the OCR in May, cut interest rates for the first time since November 2016 to a record low of 1.5%.

It revised its economic growth forecasts down to the point gross domestic product (GDP) data for the March quarter, released last week, overshot its expectations.

Nonetheless, with weaknesses underneath the fairly average GDP figures, there is consensus among bank economists the economy still needs some monetary stimulus to prop inflation up to the target range.

The RBNZ is therefore expected to stay in “data watching mode” but reiterate its easing bias on Wednesday.

“The Truckometer Light Traffic Index appears to be finding a floor, consistent with the RBNZ’s and our expectation that annual growth is about to trough, but the ANZ Business Outlook survey continues to point more firmly down.

“Anecdotal evidence out of the construction sector suggests a residential slowdown is coming, but timing and magnitude is very uncertain.

“Interest rates and the exchange rate are lower, the labour market remains tight, and most commodity prices are still very good.”

Zollner, along with her counterparts from other banks, saw much of the risk facing the New Zealand economy continuing to come from overseas.

She believed the RBNZ’s tone was likely to be influenced by its “increasingly dovish” global central bank peers. She noted the RBNZ would be aware rate cuts elsewhere could push up the New Zealand dollar.

Yet Westpac’s chief economist Dominick Stephens pointed out: “To date the exchange rate has stayed low despite moves towards cuts overseas, so this would still be in the ‘future risk’ bucket rather than being something requiring an immediate OCR move.”

He saw the economy getting a boost from more government spending, as well as house price inflation off the back of low interest rates.

Stephens had expected house prices growth of 7% next year - without a rate cut in August. Yet having revised his OCR outlook down, he believed a cut in August would create even more stimulus in the housing market.

In fact, he saw the RBNZ starting to hike the OCR again by late 2020.

He believed that if the RBNZ pushed ahead with its proposals to require banks to hold more capital, the OCR would need to be kept lower for longer to stimulate the economy.

Yet unless there was a marked deterioration in the global economy, Smith didn’t see need for more than one more OCR cut.

Zollner, who not long ago was the only bank economist to forecast interest rate cuts as opposed to hikes, believed the RBNZ would cut the OCR again in February 2020 to 1%.

Smith pointed out there was scope for the RBNZ to adopt negative policy interest rates, conduct large scale asset purchases and impose targeted term lending schemes to ease credit conditions, but said these measures were risky and not always that effective.

He maintained talk of negative rates was premature, but said it would be prudent for the RBNZ to more thoroughly investigate its options, just in case.

Stephens had expected house prices growth of 7% next year - without a rate cut in August. Yet having revised his OCR outlook down, he believed a cut in August would create even more stimulus for the housing market.

In fact, he saw the RBNZ starting to hike the OCR again by late 2020.

Just in time for house prices in Auckland to start taking off again.

I for one have very little time for his analysis, which I think is often quite narrow and simplistic.

Lets hope the RBNZ does not take ANZ and ASB advice and does actually look at the result of the ECB disaster in this area.
No other buyer of bonds, Mario has destroyed the market!

Unless they can see inflation coming that no one else can see, then they should cut. You can’t keep waiting to see what happens while you continually fail to meet your target.

Examining the relationship between 3-month and 10-year benchmark rates and nominal GDP growth over half a century in four of the five largest economies we find that interest rates follow GDP growth and are consistently positively correlated with growth. If policy-makers really aimed at setting rates consistent with a recovery, they would need to raise them. We conclude that conventional monetary policy as operated by central banks for the past half-century is fundamentally flawed. Policy-makers had better focus on the quantity variables that cause growth.

It's time to get money back into monetary policy rather than reliance on a moneyless central bank expectations policy.

BUT ... to raise rates is to further depress commodity prices

If producers go broke, debt buys nothing
This is the last play before we acknowledge we are collectively insolvent

Wasn't there a recent article on here highlighting that inflation of much of the basket is actually occurring, such that it's reducing scope for other discretionary spending, but that the inflation measure overall is not because of the other components that aren't moving so much? I.e. a measure with some serious shortcomings.

Exactly.. Real world inflation has been running at 3% for years.

yep they will hold, and cut in November given Gdp figures released in September are likely to be poor

I wonder who really benefits from OCR rate cuts.
As a business owner I have only seen a reduction in my rates to bring me back to what I was paying in 2016!
I guess the banks and large business perhaps? It is also interesting to note anecdotally that some of the best business development has come during periods of high interest rates and high exchange rates. AS much of our cost and underlying cost is imported then we should not be surely relying on an antiquated theoretical determinations for setting the OCR

I bet they will cut again, they all own Auckland property and want to see price increases "get back to normal" - up 10-15% a year!

Of course they are getting less bang for their buck the closer they get to zero, despite Orr insisting this isn't the case. I assume all mortgage holders in NZ renegotiated and received a full quarter of a percent off their rates after the last cut?

We really need to start asking the question: Is the inflation targeting model relevant in the current environment? If not, let's change it. We started it, let's be the first to throw it out. RBNZ should have the brains in their offices to figure out a different model. If not, Bring Back Brash.