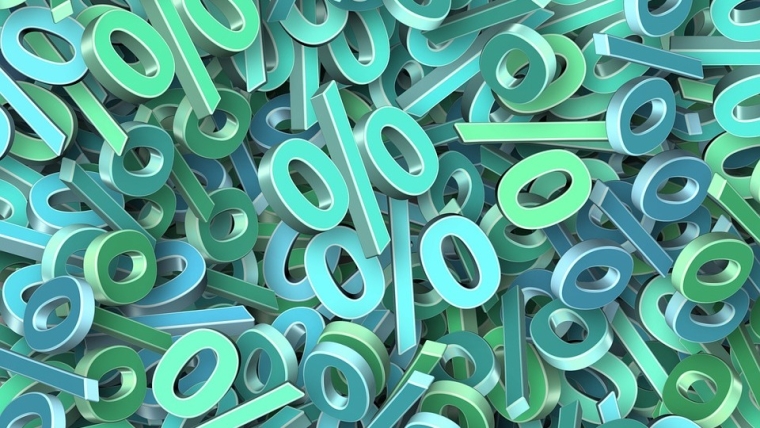 Business leaders, academics, and economists are looking for some firm steer from the Reserve Bank this week on the future of its 'money printing' - officially know as the Large Scale Asset Purchase (LSAP) programme.

And the are also looking for guidance on potential future interest rate rises.

The RBNZ's latest Monetary Policy Review on Wednesday (July 14) isn't expected to include an increase in the Official Cash Rate - but there may be a firmer idea of when this might start happening. More pertinently though, before the OCR is moved, there would need to be some resolution on the LSAP programme,started last year and through which the RBNZ could buy up to $100 billion of bonds by next June (2022). The OCR has been at a record low of 0.25% for well over a year now.

Economists at the country's four largest banks now all think the RBNZ's first rate hike will be in November of this year.

While there's been no official word on the LSAP programme from the RBNZ, its purchases have slowed right down. It's bought around $53 billion to date and now clearly will not get anywhere near that $100 billion figure by June 2022.

Before every RBNZ monetary policy decision, NZIER pulls together a 'Shadow Board' of academics, economists and business leaders who offer their views on what the RBNZ should do.

Inflation, the need for tighter monetary policy, and the need to address the LSAP programme are recurring themes in the comments from the 'board' members.

One of the more interesting suggestions for the RBNZ comes from Motu and Victoria University academic Arthur Grimes - a former chairman of the RBNZ - who is actually suggesting the RBNZ should start offloading some of the bonds it has bought.

He says interest rates are "currently too low" in the face of rising inflationary pressures, both internationally and domestically, and should be increased.

"Monetary policy needs to be set with a view to conditions 3-6 quarters ahead and prospective inflationary pressures indicate that a tightening is warranted. In addition, bonds should be resold back into the market to reduce liquidity."

BNZ's head of research Stephen Toplis says: It would be hard to formally tighten monetary policy at this stage given the RBNZ’s published stance in May in its last Monetary Policy Statement. In this it forecast the first OCR rise in the second half of next year.

"...But it can certainly progress the rhetoric towards a tightening bias. A clear indication that the LSAP programme could be tapered sooner than currently postulated would also be appropriate. We maintain our long held view that the RBNZ needs to raise its cash rate sooner rather than later. With others now coming to that conclusion, it may help the RBNZ follow that course of action. Before raising rates, however, it would be appropriate to more formally moderate the LSAP programme," Toplis says.

"There is some evidence that these may not be temporary. So, speed up the winding back of LSAP and do not extend FLP. Modest upward movements in the OCR should follow during 2022." [FLP refers to the Funding for Lending programmed introduced last last year by the RBNZ to give banks access to cheap funding.]

Business NZ chief executive Kirk Hope also note inflationary expectations continue to rise "for a range of reasons (mainly from supply-side issues) but the Reserve Bank is in a difficult position as to when to move on interest rate rises".

"While there are risks in pulling the trigger too early given that the NZ economy is still very vulnerable with the slow roll-out of the COVID-19 vaccination programme, waiting too long risks considerable harm being caused by having to move rates up significantly, particularly given that household debt is at an historical high."

"Lift off for the OCR requires a little more time and thought. We expect lift off from May next year. Still well ahead of every other major central bank. We need to see how inflation is tracking into 2022 after the 'transitory' cost push inflation we’re experiencing now. We need to see how the labour market is performing, how wages are responding, and how long it will take to further open our borders to workers, students and tourists. Long story short, we have plenty of time to wait and assess."

MYOB's head of customer services Jo Tozer says that for small and medium-sized enterprises (SMEs) growth remains "fairly constrained", with the latest MYOB Business Monitor showing that over a quarter (27%) were expecting their profitability to fall in the last quarter.

"After the risk of further Covid-19 lockdowns, maintaining a steady revenue is the biggest challenge local SMEs expect to face this year. While they are also concerned about the impact of rising house prices on both consumer confidence and their ability to attract staff in their region, reduced consumer spending as a potential flow-on consequence of rising interest rates is the greater risk for SMEs at present.

"Looking further ahead, the situation is more balanced for SMEs. Rising inflation is registering as a concern now, and that will likely grow as inflationary pressures rise. However, with the majority relying on bank overdrafts, credit cards, and personal loans or mortgages over the family home as key sources of business funding - and with interest rates, overall cost and the ability to make repayments the biggest sources of concern around small business finance - it is important to recognise that local SMEs are also vulnerable to interest rate hikes."

Boffa Miskell chief executive Kerry Gupwell says it is "time to start tightening things up", subject to what happens with Covid, by continuing to wind back LSAP and taking a closer look at the OCR as inflationary pressures continue to increase.

"Concerns continue to grow on supply shortages (labour and materials) which is in my view suppressing growth and putting pressure on margins that may lead to price rises."

Who is going to buy NZ govt debt moving forward if the RBNZ isn't? Inflation rates mean the return on govt debt that investors expect is north of 5%. The govt is not willing to pay market interest rates so will opt to keep monetising their debt.
I guess alternatively the govt may mandate that kiwisaver & super funds must have a percent on their investments in govt bonds.

RBNZ's quick to cut, slow to rise actions really reflect how unhealthy our economy is, this could cause further distortion.

I've also been thinking about this. Shouldn't the RBNZ take on the responsibility of debt issuance as much as possible to the private sector? The commercial banks are just becoming an impediment and a nuisance while their leverage threatens financial stability and they seem little more than pigs at a trough. In reality there's so much tinkering at a cost to the taxpaying public.

Also, nobody really know what the real cost of money is anymore. The central and commercial banks are responsible for that.

Mr Orr is enjoying himself so why would he spoil his party.

Is he? Personally, his job looks like a nightmare to me.

You reckon? Paid all those $$ and no accountability?

Come on man. No wonder you are young dumb and broke. You obviously have no understanding of the task of working your up to a position of responsibility. This Orr guy has had to be accountable for years. Have you ?

As their action effects individual / families personally, he should be made liable otherwise gets away - just like he said that has data / information to suggest that housing market is cooling but .......

Fed governor came up with the idea of transitory inflation and Mr Orr is parroting it, should ask him, what if it is not transitory .....easy to change the definition of temperory and even that of inflation to suit their narrative / justify their decession.

Everyone is asking for mass inflation to be halted by removing the rocket fuel that is low rates and printing. Will this happen, Orr, is the die cast outside the interests of NZ taxpayers...

In this article it says "lift off of OCR requires more time". If the drop took only 2 months going from 1.5 to. 25 why would off up take time?
Unless there are people with vested interes behind so these moves. Rich want to become more richer. And who do they make poor when they get rich?

Exactly right. The health and the structural integrity and balance of the NZ economy require an immediate stop to this QE madness, and an immediate raise of the OCR to at least 1% right now.

Panic down was bad move. Moving up is near impossible. This is a man made disaster we going to feel for a long time.

No voice can make any difference on deaf ears..
Write as many articles or comment any number of suggestions but you cannot wake a person who is pretending to sleep.. It's clear one persons incompetence make generations to pay.

How about taxing banks to fund economic stimulus?

I'm sure overnight, their bank economists will suddenly spin things around and beg RBNZ to print more as it will suddenly be then "the right thing to do".

Not gonna happen.
Sure, "they can't keep rates down!"
But, they really, *really* can't raise them. So they won't.
If I had to bet money on the outcome: we'll see a very small raise at some point, and then as the economy continues to shit the bed, it'll be back to dropping rates, even below where they are now. It's not about 'stimulus' anymore, it's about avoiding the avalanche of insolvency that will be triggered if any part of the teetering Jenga we've built wobbles too much. We have institutions that are determined to avoid that collapse, l and the kind of interventions they use to do that provide opportunities for financial parasitism... but they still fear the collapse more than the long-term sapping of productive potential (and fraud) that's taking place.

Yup, they're nervous about triggering a significant correction which could then trigger an even bigger correction. Rate rises will be slow and small.

They certainly triggered a big problem dropping so fast before the impact was seen. Now they can see what's happening nothings happening.

Either way part of NZ gets wrecked. Should it be the prudent saver, or the speculative risk taker?

Are there any stats on the current number of home owners in 'mortgage stress' in New Zealand? If interest rates rise, I presume the numbers will increase.

There are unlikely to be many with interest rates this low.

Apparently it is an issue in Australia.

Like the way bank economists are held to be disinterested experts. Since the 1980s.