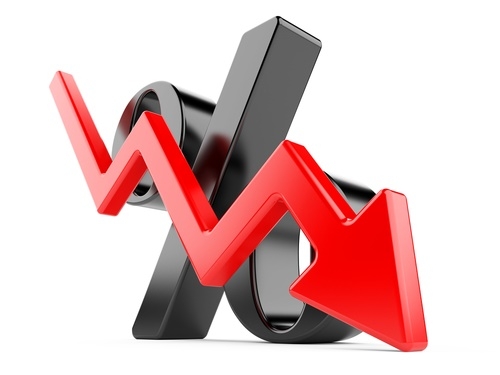 Westpac's senior economist Michael Gordon is going even further, suggesting the potential for four OCR cuts. And ASB's economists have brought forward their expectation for a second OCR cut to July from September.

BNZ senior economist Craig Ebert is taking a more cautious approach, saying the March quarter Gross Domestic Product (GDP) figures settle the debate as to whether the Reserve Bank will cut again in July, to 3%, he's not sure there'll be an additional cut to 2.75% in September.

Describing the March quarter GDP release as a "shocker," Gordon said; "We now expect the Reserve Bank to cut the OCR again in both July and September, and there is a chance of a fourth rate cut this year."

ANZ's chief economist Cameron Bagrie also changed his call after the first quarter GDP figures came in much lower than expected - with just 0.2% growth versus market expectations of 0.6%.

"A lower OCR is needed to lift (low) inflation towards the RBNZ inflation target. Today’s data strongly reinforces our call for a follow-up cut in July, and we now expect a third rate cut before the end of the year," Bagrie said.

"While an element of modest recoil is to be expected in the second-quarter, and part of today’s weakness was due to one-off factors (drought), it is apparent that growth momentum is sluggish. Local and external headwinds are building and we see a sub-trend pace of growth momentum persisting into mid- 2015," ANZ's economists added.

The Reserve Bank cut the OCR by 25 basis points to 3.25% last week, the first OCR cut since March 2011 just after the devastating February 22 Christchurch earthquake. The next OCR review is on July 23, with additional 2015 reviews following on September 10, October 29 and December 10.

In the past couple of months the ANZ economists have quickly become more downbeat on the economy and have suggested that it is weakening more quickly than is widely believed. Several of the ANZ-collected economic indicators have shown drops in activity levels.

The main cause of concern about the economy has been the sharp fall in global dairy prices in recent months.

"The weaker prospects for dairy prices and the recent rises in petrol prices will slow income and demand growth and increase the risk that the return of inflation to the mid-point [of the 1-3% target] would be delayed." Hence the move on rates.

If there were two more cuts to the OCR this year then that would likely take our official rates to just 2.75% - only a quarter of a percentage point higher than the historic lows seen before last year's rate hikes.

The ANZ has been very much in the vanguard of - effectively pushing for - the RBNZ to cut rates.  After last week's cut it said there would be a follow-up next month, but believed even then there was a chance of a further cut. Now the economists have affirmed that they believe there will be another.

Gordon said the weakness in business investment and the significance of tourist spending paint a less buoyant picture of domestic demand than Westpac's economists anticipated.

"And with business confidence coming off its highs, the Canterbury rebuild nearing its peak, and low dairy incomes shaping up as more than a single-season phenomenon, it’s looking increasingly likely that 2015 will prove significantly weaker than 2014," said Gordon.

"Bottom line, the March quarter GDP release was a shocker. GDP grew by just 0.2%, well below the already subdued 0.6% growth that we, the Reserve Bank and the rest of the market were expecting. Moreover, the details of the report offered little comfort. Sure, there were some specific depressing factors, mostly in the primary sectors, which will be reversed or at least won’t be repeated next time. But at the same time, many of the bright spots in the March quarter were the product of a surge in tourist spending, which may prove to be temporary too."

Gordon said Westpac's economists were struck by the weakness in business investment, with this not suggesting a great deal of confidence about the economy’s longer-term growth prospects.

"Before today we felt it was a close call as to whether the RBNZ would deliver its next interest rate cut at the July or September OCR reviews. Today’s figures seal the deal for a July cut in our minds. And it won’t stop there: we also expect the RBNZ to cut a third time to 2.75% in September and to maintain a bias towards further easing. An economy falling this far short of its potential growth raises the risk that inflation will continue to undershoot the 2% target, in the absence of easier monetary conditions," Gordon said.

"Financial markets reacted to the data accordingly. The two-year swap rate fell by seven basis points to 3.10%, and interest rate markets are pricing in a 70% chance of an OCR cut in July. The New Zealand dollar fell by 70 points to (US)0.69(c), its lowest level in almost five years. We expect the NZ dollar to continue tracking down towards 0.65 and swap rates to fall to 3% in coming months," Gordon added.

Meanwhile, ASB's economists said much of the weakness in first-quarter GDP was temporary, but it was still a significant surprise.

"The RBNZ signalled another rate cut (at last week's OCR review), and said the timing of which was data dependent. We now expect this rate cut to come in July rather than September (September was signalled in the June MPS). The GDP result will swing more forecasters and market participants into focusing on a July cut, increasingly making that move the path of least regret for the RBNZ," ASB's economists said.

Ebert said although March quarter GDP growth slowed, the extent of it was "very likely" overstated.

"And even if the data on economic growth don’t return to a trend-like pace this year, as remains a risk, in our view, it’s still likely that CPI inflation will pick up to a firm annual pace during 2016. It’s the same slower-growth (2015), rising-inflation (2016), framework we’ve been promulgating for a while," said Ebert.

Among other economists, Deutsche Bank's Darren Gibbs had this to say; "In our minds the question now is whether RBNZ will decide to completely reverse the 100 basis points of tightening that occurred last year. We certainly see a case for doing so and think that it is fair for the market to price a close to 50/50 prospect. Over coming weeks we will be looking at the economic data closely to see whether it confirms our suspicion that second-quarter GDP growth will also disappoint. We suspect the second-quarter labour market reports in August will have a decisive influence on whether the RBNZ continues to ease monetary policy at the 10 September Monetary Policy Statement meeting. The performance of the exchange rate, now trading at levels that were projected by the RBNZ for late next year, will also have a bearing on the RBNZ’s OCR decisions."

And HSBC's Paul Bloxham said; "Sure, the headline number was weaker than expected. GDP rose by 2.6% year-on-year in the first quarter (market had 3.1%). But New Zealand's numbers are often volatile. Digging a little deeper reveals a domestic economy that still has solid momentum. The downside surprise to growth reflected a sharp fall in dairy production, resulting from a drought, and a fall in oil production and exploration, which weighed on investment. More than offsetting this, was on-going strength in household consumption and the construction upswing. This domestic momentum is consistent with the 3.3% year-on-year jobs growth over the past year and confidence indicators that remain above average. Nonetheless, there are still limited signs of price pressures, as demand is being met by very strong supply. We expect the RBNZ to cut by another 25 basis points in the second half of 2015."

The cuts are likely to be too little, too late. The general economy stalling indirectly by Auckland housing propelled by unlimited immigration and foreign funded property buying.

So how is immigration and property investment hurting the economy so that we need to reduce interest rates?

It's boom times in the development / construction sector. No one involved in these fields is talking about anything stalling. All talk is around how to cope with the huge demand. Lower interest rates will further encourage this. All these workers will be spending their hard-earned money in the general economy so it's not all bad.

These are secondary industries. If the underlying economy goes to the dogs, there will be no shelter for the construction sector - particularly if Auckland bursts, which looks more likely by the second.

Will they back that up with cuts of their own..?

Floating rates need to be in the mid 5s, to be truly responsive floating. However the lock in incentive of fixed rates is overriding.

If foreigners are still going to buy NZ even when facing the headwinds of a future falling NZ$ that should be a red flag to the most ignorant government dept although ours have often surprised on the downside.

Is this all because of the milk prices falling, reducing the amount of money the country is making? NZs economy is looking pretty shaky putting so many eggs into one basket with dairy.

That's been an ongoing concern - we are very slowly diversifying away from dairy, but it needs to happen much faster. We do still have a good percentage of our eggs in one basket alright. I shudder to think what would happen if someone came out with unequivocal evidence of dairy products causing cancer or something like that - we'd be the Greece of the South Seas.

I don't think "we're diversifying away", it's more that it's a short term shrinkage thats affected the current ratios. Until we see sustainable activity growing in other sectors (related to each other) I'd say it's just shrinkage.

Your kidding, we have been contracting in our OEM electronics industry for years and are becoming more and more reliant on Dairy and agriculture. So many industries here are dead and gone to China, Thailand or you name it. I'm holding my breath for Greece at the end of the month, I see a default looming and the ripple effect with our economy on the downturn already could be catastrophic.

When will we see 3.99% mortgage rates and which bank will be first to offer it?