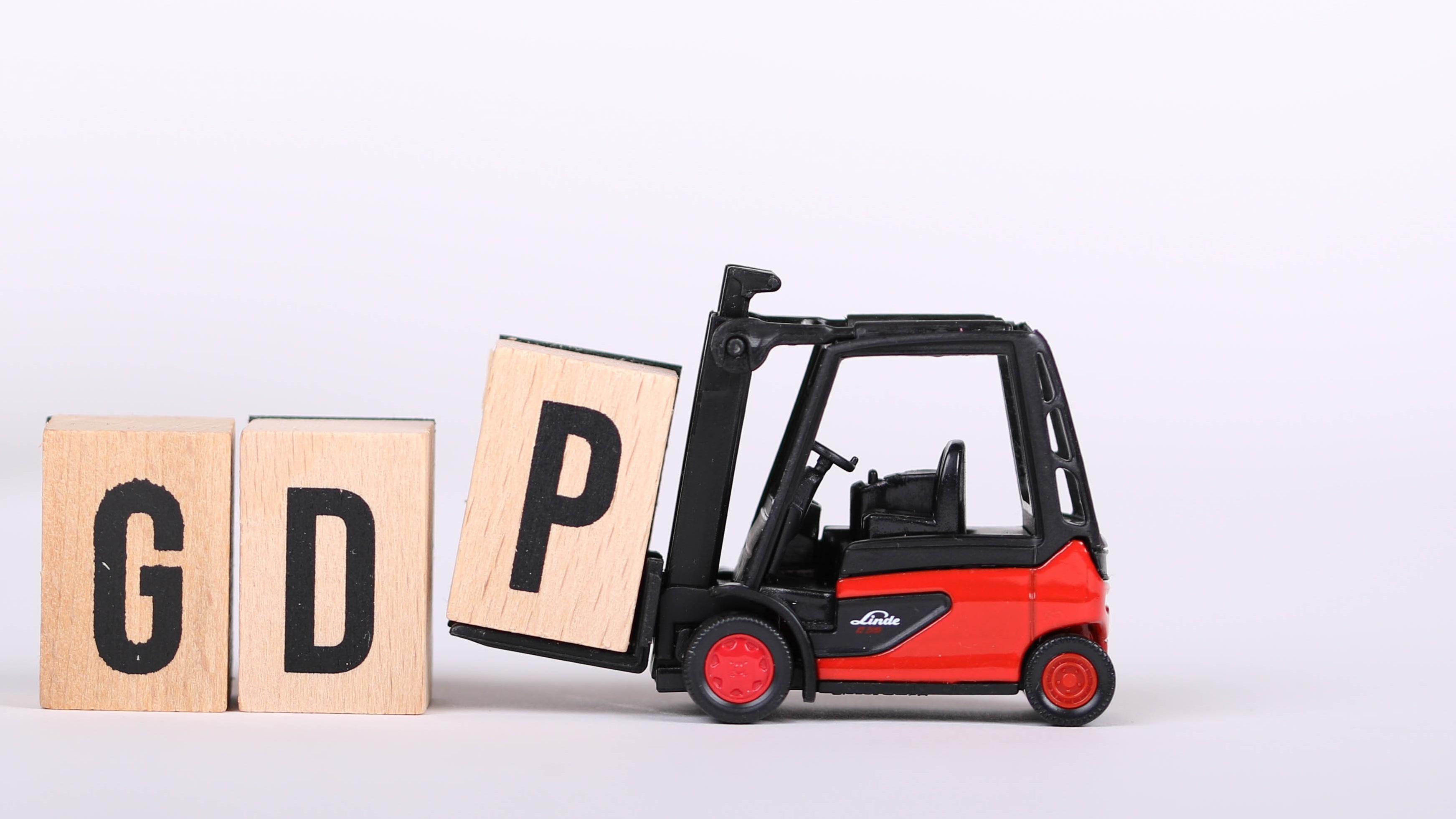 GDP figures that have a minus sign in front of them would not generally be regarded as a cause for celebration.

However, the release of the September quarter GDP figures on Thursday of this week (December 16) are likely to be greeted warmly - even though they are expected to show economic growth going backwards again.

It's expected that the economy will have faltered in the three months to the end of September because, of course, New Zealand's largest city locked up its people and shut down most of its business from mid-August onwards.

As it has done throughout the rigours of the global pandemic, however, NZ's little old economy has shown surprising resilience. Businesses have found ways to at least turn over some money even as the residents are confined to barracks, sorry, homes.

And recent days and weeks have seen the country's major bank economists walking back earlier fairly dire predictions of how the economy as a whole may have performed in that September quarter.

Remember that as of June we were coming off surprisingly hot economic conditions, with the GDP having smashed expectations with a +2.8% quarterly gain for the second quarter of the year. The heat has of course been generating inflation - which is going to be the big economic topic for next year.

Anyway, not so long ago economists were suggesting a pretty sizeable slump in GDP for the September quarter - in the region of a -7%-8% fall.

But in the meantime the 'partial' indicators - IE economic data that contribute to the overall GDP figure - have been coming in much more robust than had been anticipated.

The big bank economists have been busily roughly halving their picks of what the drop will be and are now sitting in a range of forecasts of around the -3% to -4.5% range.

As BNZ senior economist Craig Ebert said the “partials” suggest Q3 GDP will contract "in the region of 4%, not the 7% we had pencilled in".

"To be sure, this is not to say New Zealand hasn’t been hurt that much by the recent round of Covid-related economic and social restrictions. The economy has certainly suffered (and in ways not captured by crude activity measures), and notably so in Auckland. Even if Q3 GDP does fall 'just' 4%, or thereabouts, bear in mind half of the quarter pre-dated the Covid restrictions (which began mid-August). So, it would still imply the second half of Q3 must have dropped an awful lot more than 4%.

"Rather, our point is that the fall has been not as much as we initially figured on. And, thus, not as much as the 7% drop that the RBNZ also estimated for Q3 GDP, in its November Monetary Policy Statement. A 3% upward revision to GDP forecasts is normally a huge deal when assessing annual growth, and we are doing this for just one quarter," Ebert said.

"Yes, this also means we can’t now forecast as much of a bounce for Q4 and Q1 GDP (something we’ll have a closer look at, in due course). However, we can say with reasonable conviction that the net result is going to be a stronger thread to the level of GDP than we previously imagined. This reinforces the inflationary bias we already see (and helps rationalise the supply issues that businesses continue to lament)."

ASB senior economist Jane Turner, who is picking a -3.3% figure for the September quarter (after ASB had earlier been picking -7%-8%) said economic activity "held up well across the board" and the resilience likely stems from two sources.

"Firstly, GDP growth over the first half of the quarter (before Delta was discovered) was likely very strong, building on momentum from the strong Q2 GDP growth. Second, the strength of regional activity (i.e. regions outside of Auckland which were quickly returned to Alert Level 2 settings), must have been considerably stronger than expected. We have previously assumed the inability for some activity to take place due to AL2 settings would crimp economic output in the regions – indeed hospitality and domestic tourism were likely hit relatively hard. But it appears that this weakness was more than offset by strong growth in other industries less impacted by the restrictions."

Turner said another key difference appears to have been the attitude and expectations of businesses heading in (and out) of the August lockdown – with many confident the impact will be temporary and poised for demand to catch up once restrictions eased. Business confidence remained very high throughout September and October, although it started to slip in November as it became apparent that elimination is not possible and the whole country would have to learn to deal with Covid-19 over summer.

"We expect a partial rebound in activity over Q4. With Auckland (and, at times, the Waikato and Northland) remaining in Alert Level 3 for most of the quarter, a lot of services activity remained restricted. However, a stronger than expected lift in regional activity should largely offset this. There is a bit of uncertainty heading into summer, including how people will adapt to the traffic light system. But the relaxation of the Auckland border should ensure that summer domestic tourism revenue continues to take place.

"We have a fairly bullish view for 2022 GDP growth – largely due to international borders gradually opening up. The uncertainty of the Omicron [Covid] variant and the swift response in shutting down international travel highlights how precarious this outlook remains. The household sector will remain supported by the very tight labour market, but the rapidly rising cost of living along with higher interest rates will present some headwinds," Turner said.

"Broadly speaking, the lockdown-induced GDP contraction is a lot less important than the rebound, but we won’t see the full extent of that in these data until well into 2022," they said.

"Looking forward, 2022 will hopefully be the year that the baton of growth is passed seamlessly from housing-driven demand and fiscal lifelines to a robust household sector and gradually reopening border.

"But this post-COVID mini-cycle has been nothing if not nutty, meaning “seamlessly” could be a very big ask. Policy makers need to be ready for anything."

They said "a very big test" for the economy still lies ahead - after direct fiscal support has ended, the housing market has slowed, and higher interest rates are biting.

"We’re hopeful the very tight labour market (a robust household sector) and gradually reopening border will guide the economy to a sustainable growth path in 2022 and beyond, but with so much economic distortion to work through there could easily be a few bumps along the way.

"Indeed, the economy has evolved extremely rapidly over past 18 months or so, and the eventual turn in the cycle could be just as rapid. That’s something of which the RBNZ seems well aware as it continues to withdraw stimulus in considered steps."

Westpac economist Gregorius Steven is picking a -3% September quarter GDP decline, which is down from Westpac's earlier pick of -6%.

"An outcome of -3% or better is likely to result in a larger move in market interest rates than if it surprised to the downside, say -5% or worse.

"A strong result would give the market greater confidence the latest round of lockdowns didn’t derail the economy, and that the inflation pressures that we’ve seen over the course of this year could become more persistent," he said.

Masseys algo machine forecasts a -0.534 quarter. ( if I am reading their data correctly) Machine v economist.

Looks like rural NZ can get on quite well without the drag of Auckland with its largely import focussed port (flat screen TVs and 'Remuera tractors'?

Not quite sure how you measure anything these days. Last year was bonkers too, remember?

GDP much less bad than expected

House prices expected to crash, rose like never before

Why don't we ever learn???  We love to catastrophise our predictions, it's the human psyche, how our brain works.  The majority who listen to these bad outlooks make bad financial decision, if you learn and understand that things will not be as bad as predicted, you're much more lily to make good financial decisions

I can understand the anger and grief of those too young to have been recipients of the handouts, only funders.

Is anyone complaining about GDP growth unsustainable?

When people finally realise what's really fueling the economy, perhaps they will appreciate the hand that feeds them.

Linguistics aside, yes. GDP growth is exponential, based on energy and resources, and therefore unsustainable (unmaintainable).

Not only that; it already chose NOT to count the real impacts - resource draw-down and waste-ejection.

So it was a bullshit count, even before it failed to count.

Because now, it takes over $3 of debt, to 'produce' $1 of GDP, globally. And the debt is keystroked into existence. Backed by belief. Good luck believing in that; Tamaki preys on similar ignorance......

Does tourism actually contribute anything at all to our economy?  Seriously, the figures of the last 2 years make no sense and nonsense of previous beliefs in it's contribution.

So how does this account for the $67b of QE pumped into the system and the inflationary effect it has on the quarterly and annual GDP?

Some years ago, I wrote a paper 'Inflation, Where To Now?' In it, I quoted from a report from the Committee of Economic Development of Australia(CEDA) which looked at the pace of technological development and the types of jobs which might be under threat. One of these was-no prizes for guessing....Economists.

I live in hope.

"The case I want to make here is that we are in an era of structurally low inflation-as opposed to a merely cyclical downturn-an era that I believe will last for a good many years to come."

Reads like these Economists have covered themselves both ways - fair enough who can predict the future even with those fancy equations and charts.

A good indicator is the reality the Salvation Army reported that the number of people who can't afford food has quadrupled since Covid began, to the extent they ran out of supplies, but the tax payer saved the day and kept them quite :)

“GDP figures that have a minus sign in front of them would not generally be regarded as a cause for celebration.”

There is no celebration unless you are only thinking about next year.  There is structural damage to NZ’s debt position & this will take a decade to fix.

NZ’s productivity outlook is poor as NZ’s money printing has been squandered on unproductive assets.

House price inflation & CPI inflation has created greater inequality & there is no plan close the gap. It is likely to get worse.

There is no plan to fix housing & rental affordability because the PM doesn’t want to see house prices drop.

Housing prices have increased 30% in some areas over this last year.  Expect rental prices increases to follow the same path. Eg To maintain a 4% yield on a rental property that has increased 30%, requires a 30% increase in rent.  Ouch!   The pain for renters is set to continue.