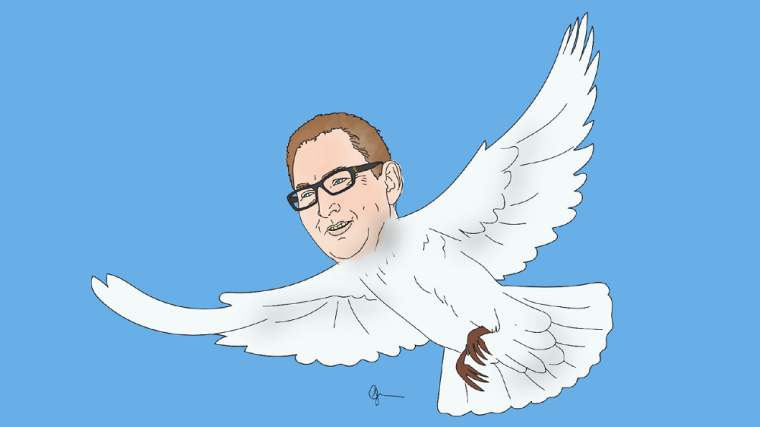 The decision by the RBNZ not to cut the OCR interest rate at their Monetary Policy Statement last week came as no surprise to the author of this column as we have consistently held the view that there was no justification for such a change on the economic evidence (refer to last week’s 10 November commentary).

Deputy RBNZ Governor, Geoff Bascand pontificated a couple of days after the statement that the economy could be approaching a turning point (i.e. lifting itself out of a slowdown).

My contention would be that the RBNZ have themselves been the turning point, with last week’s prognosis on the economy much more positive on current conditions and the outlook than their “falling sky” overly dovish viewpoint only three months ago in August.

The economy has not changed that much in last three months, however there has been a dramatic reversal in the RBNZ’s assessment and outlook.

It was not difficult to analyse why the RBNZ seemingly had such a stark change of heart on the economy. It appears that over recent months the RBNZ officials pulled themselves away from their econometric models in Wellington and visited a range of businesses at the coalface of the economy across the country. The messages they received from business firms seemed to be very much in line with what we have been saying for several months now:-

The signal the RBNZ delivered (intended or not) to the financial and investment markets back in August, with the surprise 0.50% cut in the OCR, was that there was something seriously wrong with the NZ economy and its vulnerability to a global economic downturn.

Three months on, they have belatedly realised that our economic conditions and performance are not as dire as they projected and thus no further loosening in monetary policy is required. The RBNZ are now “on hold” with future interest rate changes, following the lead of the central banks of Australia and the US over recent times.

The sharp change in the monetary policy stance removes one of the two negative that have hung over the Kiwi dollar over the last nine months, the other negative being the China/US trade wars.

It is a significant development for the outlook for the Kiwi dollar and will be encouraging the speculators currently holding “short-sold” NZD positions to cash up their gains by buying the Kiwi dollar back over coming weeks.

The quantum of short sold NZD positions materially increased after the 12 August OCR cut, these punters must be now wondering what has occurred to change the RBNZ’s view.

The Australian monthly employment statistics are notoriously volatile and often prone to providing false readings to the overall trend.

There were strong increases in jobs across the economy through the winter months as mining/resources commodity prices increased and production was ramped up.

Therefore, the 19,000 decrease in jobs during October was a surprise, forcing the unemployment rate up to 5.3% from 5.2%.

The Australian dollar was immediately sold down from 0.6900 against the USD to a low of 0.6770 as the forex markets reacted to the prospect that the unemployment rate was heading in the opposite direction to the RBA’s target of 4.5%.

Not too much should be read into one months’ weak employment data as the overall improving trajectory for the Australian economy is on a firm footing with lower interest rates, lower currency value, higher export commodity prices and a strong recovery in their residential property market.

The Aussie jobs data on Thursday 14th November caused a set-back to the Kiwi’s dollar’s fledgling recovery and potential re-test of the 0.6450 resistance level following the RBNZ’s own surprise on Wednesday 13th November.

The Kiwi dipped to 0.6360 on Friday 15th November, however the selling was short-lived, and it has since returned to 0.6400. The rebound in our manufacturing PMI survey in October augurs well for improving economic data supporting the Kiwi on to a new uptrend.

Financial and investment markets around the world remain sceptical as to whether the “Phase 1” trade agreement between China and the US will make it to a signing ceremony before the end of the year.

For most of this year the markets have been given hope of a resolution to the trade wars, only to be disappointed as both parties subsequently back-slide on supposed agreed positions.

The last couple of months have been no different in this respect with conflicting media reports as to what has been agreed and Trump tweets hindering the process rather than helping it.

If and when an announcement is made as to where and when President Trump and Premier Xi Jinping will meet to sign the Phase 1 trade deal, the USD itself will weaken further from its current $1.1050 level against the Euro and allow the NZ dollar to have a very good chance of breaking above the 0.6450 barrier.

Given the latest reassuring comments from Trump advisor Larry Kudlow as to how close they are to a deal, there has to be a better than even chance of an announcement coming over coming weeks.

Local USD exporters who missed the boat 12 months ago from getting long-term hedging in place on cyclically low levels in the NZD/USD rate should not be complacent this time around, and thus should be now lifting hedging percentages to maximum limits.

What is interesting currently - is that the Kiwi has being given numerious times opportunity to rally and rally hard, basis economic figures, RBNZ decision, upbeat Chinese data - however everytime that this occurs, rallies get sold into.

At this level, basis the current news, you should be a buyer - so why exactly is it not rallying? Very strange...

I don't think the RB as had a change of heart or "has become less dovish", it's just that Orr is a decisive man who wants to get results from changes to the OCR, he's a smart man and realises he gets more "bang for his bucks" cutting by .5% and then not a at all, rather than having a steady, predictable series of .25% cuts

So the article suggest the guvnor doesn't quite know what he's doing, but the comments suggest he does. It's a hard read alright.

The Kiwi gonna go up to 0.68 by end January. Impeachment drama going to pull down the USD.

What a poor, misleading article.
The Reserve Bank have not come out all bullish, at all.
It's more like 'wait and see'.

A better grip!? Well now, that being the case, let’s all hope they know what direction to turn.

On some of discussion papers, he's still muttering about those Banks capital adequacy ratio, wish to get approval of DTI on the arsenal etc.. means? he needs help, current weapon is just 'barely' to control things. It is earlier dovish statement, but in reality.. his front line soldiers, fire fighters etc.. all screaming need assistance of different sort of toolkit weaponry to fight the battle,..as team leader his just pondering dilemma now. S*** cannot use dirty bomb, cannot use cluster bomb,.. all he can use is just that, a podium smile to assure audiences. Who knows? that actually is enough.. like the old stories of messiah...have a faith on my team.