Risk sentiment buoyant. The USD starts to rise again. EUR under pressure. NZD gives back the gains it made from the good employment data. Eyes on US non farm payrolls

Currencies
Risk sentiment buoyant. The USD starts to rise again. EUR under pressure. NZD gives back the gains it made from the good employment data. Eyes on US non farm payrolls 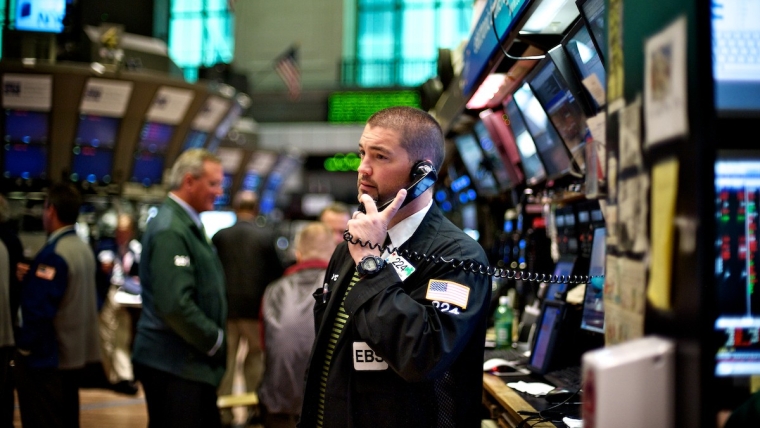 Risk sentiment remains buoyant,with the market putting the GameStop saga from last week firmly behind it. The S&P500 and small-cap Russell 2000 indices are toying with fresh all-time highs. The USD has continued its recent mini resurgence and the EUR has broken below 1.20 for the first time since December. The GBP has outperformed post the BoE meeting with the market scaling back rate cut bets while the NZD has drifted back to 0.7150 amidst broad based USD strength. NZ rates continued to head higher and the curve steeper yesterday while NZ market-based inflation expectations reached a six-year high.

Equities appears to have well and truly moved on from the GameStop mania that gripped markets last week. The S&P500 is up 0.7% overnight, close to its recent all-time high,with the index largely erasing its lossesfromlast week. The Financials sector hassled gains on the S&P500 overnight, up almost 2%, helped by the continued steepening of the yield curve, which has historically been supportive of bank net interest margins. Small-cap stocks have outperformed, a sign that markets are growing more confident in a domestic US economic rebound and vaccines are rolled out, with the Russell 2000 rising 1.9%. The VIX has fallen back to 22, around where it was before the GameStop saga erupted.

There’s not too much new news to report on in the US, including on the fiscal stimulus front. US jobless claims fell by more than expected last week, a positive sign for the labour market and a trend which should continue as vaccination allows Covid-related restrictions to be gradually pared back. The nonfarm payrolls report is released tonight, with the market looking for a bounce back in employment growth, to +100k, after last month’s surprise fall.

The USD has continued its recent mini resurgence, with the BBDXY index rising another 0.5% and heading for its highest close since the start of December. It’s been a broad-based moved higher in the USD, with gains against all the G-10 bar the GBP (see more below). No doubt, some unwinding of speculative positioning, which is still heavily short the USD according to futures data, has contributed to the recent move higher in the USD.

The EUR remains under downward pressure and overnight broke below 1.20 for the first time since December. Again, speculative position adjustments may go some way to explaining the recent pullback in the EUR as well as the slow vaccine roll-out on the continent (in contrast to the US and, particularly, the UK). The bond market is looking favourably on the possibility that ex-ECB President Draghi could become Prime Minister of a technocratic government in Italy, if he can cobble together support amongst political parties, which has seen the Italy Germany 10-year spread fall below 100bps for the first time since 2015. But this hasn’t provided much support to the EUR currency to this point

The Bank of England struck a more upbeat tone at its monetary policy meeting overnight, saying that vaccine rollout, and the expected easing of Covid-related restrictions, were projected to lead to a “rapid” recovery in the economy this year. As of yesterday, 10 million people in the UK, around 15% of the population, had received a vaccine dose. The BoE directed the banking regulator to start preparations to get the banking sector operationally ready for negative rates but emphasised this was contingency planning rather than a signal that such a move was imminent. Indeed, the market pared back rate cut expectations for the Bank, with less than 4bps of cuts now priced in for the next 12 months(last September, the market priced 20bps of cuts). UK government bond yields moved higher across the board, rising by 5bps at the 2- year maturity to 7bps in 10 and 30-years. Meanwhile, the GBP, which had drifted down to around 1.3570 pre-meeting, bounced back to 1.3660. The GBP is the only currency to have made gains against the USD overnight, albeit reasonably modest.

The NZD has given back its post-HLFS gains overnight amidst the stronger USD. The NZD is back towards 0.7150, down about 0.6% overnight, as it remains locked within its recent 0.7100– 0.7250 trading range. The NZD/AUD cross has drifted down to 0.9420 and has now reversed its appreciation after the super-strong NZ employment report.

Besides the UK and Italy, global rates haven’t moved much overnight. The 10-year Treasury yield is trading at 1.14%, close to where it was at the NZ market close. Curve steepening remains the dominant trend, with the spread between 5-year and 30-year bond yields in the US now close to 150bps, its highest level since 2015.

The NZ rates curve has continued to steepen like those offshore. The 10-year government bond yield rose by as much as 7bps at one point yesterday, following its 11bp rise the previous day, before recovering a few basis points later in the session after the pricing of the new May 2026 maturity government bond ($3.5b issued). The 10-year government bond is around 40bps higher than it was at the end of the year and 25bps this month alone, at 1.37%. The 2-year swap rate continued to grind higher, moving up to 0.38%.

We wouldn’t normally comment on it here, but its also worth pointing out that market-based inflation expectations in NZ, derived from the difference between nominal and inflation-indexed government bonds, have rocketed higher over the past few months. The10-year ‘breakeven inflation rate’ in NZ has moved up above 1.7%, compared to less than 1.2% in mid-December and 0.5% last May. This is still below the midpoint of the RBNZ’s 1- 3% target range, although illiquidity premia on inflation indexed bonds means these breakeven inflation estimates tend to understate the market’s ‘true’ inflation expectations. The rise in NZ market-based inflation expectations, to what are now six-year highs, follows similar moves overseas and the large upside surprise to CPI data a fortnight ago.

On the topic of inflation, one of the stand-out features from yesterday’s preliminary ANZ business survey was the big jump in pricing intentions. Pricing intentions jumped to a net +47.9, its highest level on record (since 1992) and consistent with broad-based cost pressures in the economy (a net 71% of respondents reported rising costs). 2pm taper announcement. Employment and investment intentions rose further, pushing above their long-run averages. The ANZ survey is the latest in what has been a string of very strong economic releases which has seen the market quickly pivot from thinking about OCR cuts to the timing of when hikes might happen

The RBA Statement of Monetary Policy and Governor Lowe’s parliamentary testimony take place today while nonfarm payrolls will hog market attention tonight. The market will be keeping an eye on the RBNZ’s 2pm announcement of its bond buying schedule for the week ahead, after it slightly reduced the purchase pace this week.

The current emergency monetary settings are now nonsensical, dangerous and potentially counterproductive. Time to increase interest rates, and time to do it now.
It is also time to support the parts of the economy still in trouble (like tourism). We could do that in a revenue-neutral way, by taxing "investment" housing and using this money to properly support tourism, education and hospitality exposed to the lack of international tourism.
At the end of the day, speculative housing has benefited from the current loose monetary settings, so it is only fair that residential housing speculators contribute for once to the overall economy, rather than sucking resources out if it through landlord subsidies, unbalanced tax system etc.

A bit of inflation would be nice though!

You mean? all those QEs, FLPs.. have consequences? - be away, that is non-sense, NZ will make sure of lower OCR by legislative measure if necessary. No such things as distortion of supply/demand or inflation/deflation laws... unless you're in NZ that is.