The speed of the US economic recovery slower than what financial markets expected, says Roger J Kerr. But the expected strength will come, and force the Fed's hand to raise interest rates and therefore the USD

Currencies
The speed of the US economic recovery slower than what financial markets expected, says Roger J Kerr. But the expected strength will come, and force the Fed's hand to raise interest rates and therefore the USD 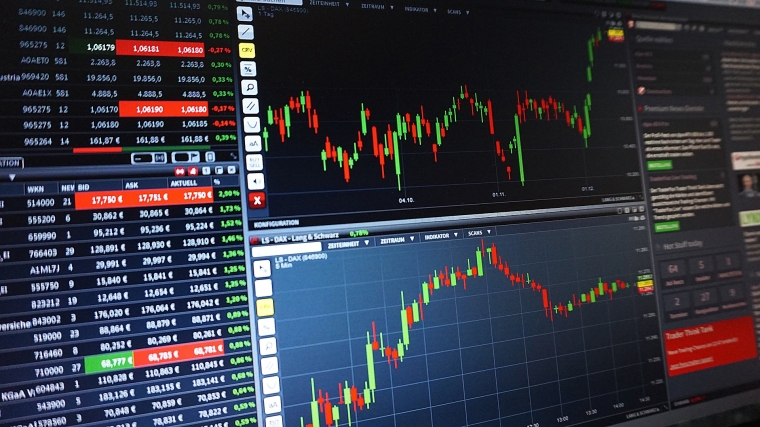 The firm conviction of this column over recent months has been that the US dollar would strengthen against all currencies through the middle part of 2021 due to their economic recovery out of Covid restrictions being both earlier and stronger than other economies. The stronger data would lead to their central bank, the Federal Reserve, to signal at some point an unwinding (tapering) of their monetary stimulus and eventual increases in US short-term interest rates. The would undoubtedly be very positive forces for the US dollar currency value.

The direct and dominant implications for the NZD/USD exchange rate from that USD view was that the stronger USD to below $1.2000 against the Euro would pull the Kiwi dollar back below 0.7000.

Through the February and March period the US economic data was consistently positive as their rapid vaccine roll-out allowed businesses to reopen and rehire workers. The forex markets reflected the anticipated impressive US economic recovery by buying the USD down to $1.1800 against the Euro in late March.

The NZD/USD exchange rate followed, depreciating to 0.6950 as it was totally driven by the USD side of the currency equation. At this time US economists were also forecasting business firms to be immediately hiring their labour forces back, with expectations of the monthly Nonfarm Payrolls jobs numbers increasing to over one million for each of the months of April and May.

As it has transpired, the widely anticipated increases in employment has failed to materialise into reality with April jobs increases a complete shocker at only 266,000 and the May numbers released last Friday 4th June also disappointingly below expectations at +559,000 (below prior forecasts of +650,000). The anticipated US dollar strength has therefore also not materialised with the EUR/USD rate returning to $1.2200 and the NZD/USD trading around the 0.7200 region.

So, what has gone so wrong in the US economy to cause the much slower improvement than forecast?

The answer could be twofold. The forecasts for the speed of the economic recovery and therefore jobs increases were (in hindsight) far too optimistic, seemingly based on an assumption that business firms would reopen as fast as they were locked down by Covid restrictions. That has not happened as quickly as expected.

Secondly, across the US people have been much slower to return to work as the incentives to do so have not been sufficiently strong enough. The fiscal stimulus packages from the Biden administration making it pretty comfortable financially wise to just stay at home. Schools have also been slower to fully reopen, therefore parents have faced another restriction in returning to work.

These factors are only about timing and do not suggest a fundamental or permanent weaker trend in economic activity levels. Job openings (vacant positions) currently in the US stand at over eight million, so it only seems a matter of time before workers coming off employment benefits fill those jobs being sought by business.

The standout difference with the US economy compared Europe and elsewhere in the world is that people have always been much more prepared to move around and shift home to get employment. Perhaps the pandemic has tempered back this previous economic advantage for the US somewhat.

While the US dollar has not made the gains that were anticipated in April and May, it has only been a delay in the timing of stronger economic data, not a fundamental downturn in activity or confidence. The anticipated signal from the Fed to start tapering has only been delayed from June to August, it has not gone away. Next week’s US inflation data for the month of May (released Friday 11th June) will be another piece of evidence for the markets and the Fed that inflation increases may be more of the permanent variety than non-recurring one-off price increases. An increase for the month of above 0.50% (lifting the annual inflation rate to 4.7%) should increase bond yields and lift the USD value. FX markets are always representing the future into today’s prices, therefore there is no argument for the USD to weaken from current levels. The forecast USD appreciation has merely been delayed in its timing.

It was not so long ago that the overpowering forces that caused the Kiwi dollar to both climb and descend rapidly on its own account were speculative/capital flows attracted into New Zealand by our higher interest rates and/or higher commodity prices. Readers will remember, the “carry trades” of offshore investors buying up the NZ dollar because it delivered a higher yield return than what they could get in their own markets. Recall the Belgian dentist and Mrs Watanabe (archetypical Japanese housewife) investors, who in the end were burnt off as they did not really understand the currency risk of holding NZD investments. In the eight year period from 2010 to 2018, the movement in our dairy commodity prices were a massive influence on the NZD/USD rate movements (refer chart below) and replaced the interest rate differentials. US based hedge funds and investment bank FX proprietary traders would punt the Kiwi higher or lower based on the regular Global Dairy Trade auction results.

The “carry trade” is long departed as all interest rates have converged to zero and over recent years the NZD/USD correlation to whole milk powder (WMP) prices has also broken down. The Kiwi dollar declined in 2018 and 2019 on RBNZ cuts to interest rates when WMP prices were very stable. Over recent months the Kiwi dollar has not followed the much higher WMP prices. The US hedge funds, and investment banks no longer have any interest in the Kiwi dollar, perhaps they are punting more exciting markets like Bitcoin!

It is not clear at this stage what will replace the carry trades or commodity prices as independent and separate determinants of NZ dollar direction. As has been the central theme of this column over the last 12 months, the movements of the USD itself now dominate NZD/USD movements. The current situation seems likely to continue as there is nothing suggesting that the New Zealand economy is suddenly going to be a standout performer to attract global investor attention. In many respects, the opposite is the case, with the current Labour Government’s “back to the future” economic and regulatory policy recipes more of a turn-off to offshore players than a turn-on.

International credit-rating agency, Fitch Solutions has recently lifted its NZ dollar forecast and now expects it to average 0.7430 against the USD over the remainder of this year, having averaged 0.7184 over the first five months. They cite 3.6% GDP growth, higher terms of trade and tighter monetary policy pushing the currency higher.

In the writer’s view, Fitch have fallen into the same trap that several local banks do with NZ dollar forecasts based exclusively on New Zealand economic factors alone. With these Kiwi dollar forecasts they completely ignore what the US dollar is doing against all currencies, yet over the last 12 months the USD side has dominated and determined all NZD/USD movements.

The ill-conceived, one-sided and incomplete currency analysis was the basis of local banks at this time 12 months ago (when the NZD/USD rate was 0.6000) to be forecasting the Kiwi dollar to depreciate further to 0.5200. It did the opposite and appreciated to 0.7200 on the back of a weaker US dollar from June to December 2020!

Several local banks, like Fitch, are now forecasting the NZ dollar to appreciate to 0.7700 by the end of this year. Yet again, they are in-explicitly ignoring likely USD movements on global FX markets over this time period.

Based on US inflation and employment outcomes forcing the Fed’s hand over coming weeks/months, confidence remains in place that a stronger US dollar will lead to the NZD/USD exchange rate trading back below 0.7000 for a good period ahead. 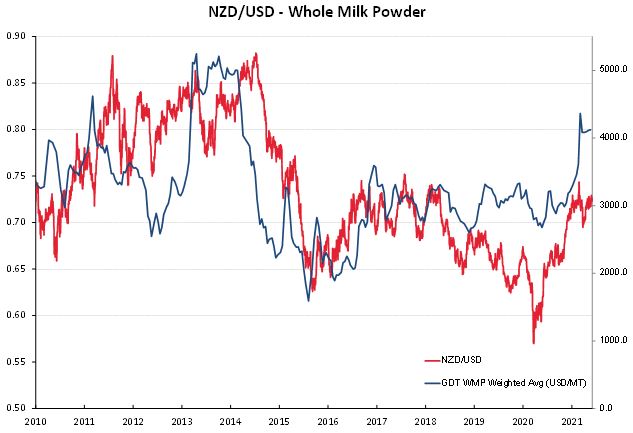 A sentence that signals clearly that the author is blinded by disdain for working people, misguided and disproven neoclassical economic theories, and political ideology. Every robust analysis of the facts concludes that higher benefits do *not* dissuade people from working. For example: https://news.yale.edu/2020/07/27/yale-study-finds-expanded-jobless-bene…

Labour force participation rates in the US are bumbling along (just above 60%) and under-utilisation rates are still very high meaning that there are many times more people wanting work (or more work) than there are jobs; and many of the jobs that are 'vacant' are ill-suited to the people looking for work (or more work). Not everyone wants to move away from their family and into a trailer to shift parcels for 9 hours a day - for example.

But never mind the facts - cut those benefits and make the bludgers compete for piecework eh?

"The “carry trade” is long departed as all interest rates have converged to zero and over recent years the NZD/USD correlation to whole milk powder (WMP) prices has also broken down. The Kiwi dollar declined in 2018 and 2019 on RBNZ cuts to interest rates when WMP prices were very stable. Over recent months the Kiwi dollar has not followed the much higher WMP prices. The US hedge funds, and investment banks no longer have any interest in the Kiwi dollar, perhaps they are punting more exciting markets like Bitcoin!"

“Not everyone wants to move away from their family and into a trailer to shift parcels for 9 hours a day - for example.“

Indeed, better to just hold out for more of that fiscal stimulus.

If the richest country in the world can't provide enough decent jobs to prevent millions of its people living in abject poverty, there is something deeply wrong with the way it is run.

Excellent analysis. Could not be stated more clearly. Fitch and the NZ banks have got it wrong.