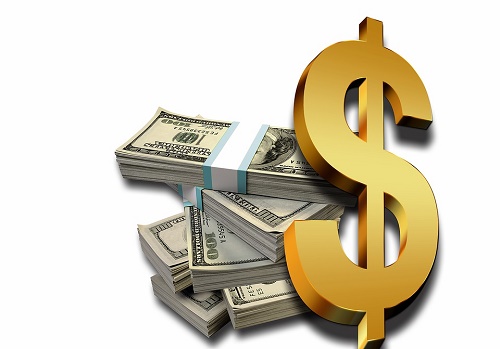 The Kiwi dollar’s climb to a four month high of 0.7314 against the USD last Wednesday night 14th June, was as spectacular as it was brief.

The US dollar was sold off by the markets against all currencies ahead of the Federal Reserve’s FOMC meeting in expectation that the Fed would be more dovish on the economic outlook and thus alter their plan on interest rate increases.

A much weaker US inflation number on the day stimulated the bearish sentiment and USD selling.

However, the markets were wrong in their assessment of the Fed’s decisions with Janet Yellen sticking to her previous script by stating that US employment was strong and the recent weaker inflation outcomes transitory only. The Kiwi dollar abruptly reversed engines from 0.7314 and tumbled to a low of 0.7185 less than 24 hours later.

Whilst our high export commodity prices are very positive for the Kiwi dollar’s future direction, all the big gains on the commodity side may have already occurred. Therefore, looking ahead over coming months (outside of the political risk variable from the September general election) the dominant determinant of the NZD/USD exchange rate direction is likely to be the fortunes of the US dollar itself.

It seems the only force around that can drive the Kiwi dollar back below 0.7000 again would be a resurging US dollar on global FX markets.

The USD weakened against the Euro from $1.0800 top $1.1200 during May as the financial markets factored in US political risk i.e. President Trump would not have the political support to push through his pre-growth fiscal expansion policies of infrastructure investment/improvement and corporate tax cuts.

Therefore the markets concluded that the expected increased inflation from these expansionary initiatives would not occur, thus a slower pace of interest rate increases and a lower US currency value. Over the last three weeks the EUR/USD rate has been marooned at $1.1200 with the Federal Reserve’s unchanged stance and interest rate hike last week not being enough to strengthen the USD.

The lack of USD currency traction from the Fed’s interest rate hike does beg the question as to what will drive the USD stronger, back to the $1.0500 region against the Euro where it was earlier in the year.

One answer could be some action by President Trump (as he promised to do) on the corporate tax front, reducing the tax rate from 35% to 10%.

Large US multi-national corporations have been stockpiling cash overseas for many years as they will be taxed at 35% if they repatriate the funds.

The proposed change to a 10% rate will tax the profits whether the funds are repatriated to the US or not. The top 50 overseas cash holding companies in the S&P 500 have parked US$925 billion in securities outside the US to date. Tech companies Apple, Microsoft and Cisco alone have US$427 billion stored overseas. If the funds are held in foreign currency, large-scale buying of USD’s to bring the funds home would certainly strengthen the USD.

If the tax law changed would these companies sell out of their foreign currency cash, convert to US dollars and bring the funds home? What is not so well known is whether these companies have already pre-hedged the FX risk on converting back to USD or in fact they are holding USD cash investments already. An examination of the latest balance sheets of Apple, Microsoft and Cisco reveals the following:-

It does appear that these US companies are largely holding their cash reserves in USD’s, therefore if the tax rate is changed there would not be a material impact on the US dollar currency value. If the cash was re-invested in US businesses/industries it would however be very positive for the US economy.