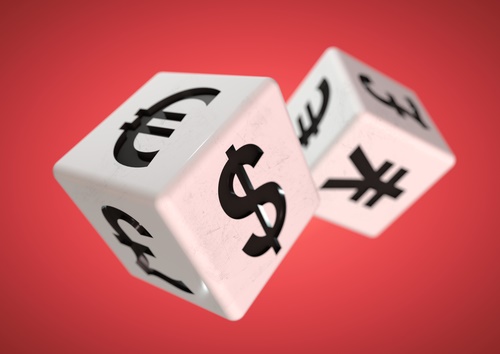 Despite the political uncertainties continuing in New Zealand with the form of the new Government still unknown as at Monday 16th October, the Kiwi dollar has recorded solid gains from the lows of 0.7050 through the 6th to 11th October period to trade higher to 0.7170.

The appreciation has nothing to do with the FX markets having some inside knowledge of which way the king-maker, NZ First leader Winston Peters will go to form the new Government.

The Kiwi dollar gains are merely the forex markets buying the NZ currency in tandem with buying the Aussie dollar.

The AUD has rebounded strongly against the USD over this past week, moving up from 0.7750 to 0.7880 at the time of writing. The NZD/AUD cross-rate has remained stable at 0.9100 which tells you that the NZD/USD rate increase has matched the AUD/USD lift.

Speculative buying of the Aussie dollar by US hedge funds appears to be behind the AUD gains from 0.7750. Previously the Aussie had depreciated back to 0.7750 from above 0.8000 as iron ore commodity prices decreased sharply in September on Chinese speculative buying coming to an abrupt end.

It still appears that the Aussie has some catching up to do (i.e. a lower AUD) to the lower metal and mining commodity prices witnessed over recent weeks. However, for the meantime the hedge funds seem to want to be out of the USD and the AUD is the short-term beneficiary.

The AUD strength above 0.7800 to the USD does not seem sustainable in the medium term for two good reasons:-

Australian Government Treasurer, Scott Morrison confirmed that Australian interest rates were about right at current levels and that Aussie exporters would deal with the “vagaries” of the currency.

The Aussie dollar has appreciated 9% against the USD this year, however the fundamentals that drive the AUD, being interest rate changes, commodity prices and economic growth, do not really support that appreciation.

Before the end of the year the AUD is clearly vulnerable to a re-rated downwards, particularly as the USD itself recovers lost ground.

The postponed decision date to Tuesday 17th October by Winston Peters on which major party he will support in the new Government will still be a binary event for the NZD/USD exchange rate.

A confidence and support arrangement with the National Party will see further NZ dollar gains to be above 0.7300.

A decision by Winston to go with the Labour/Greens left will induce immediate NZ dollar selling to below 0.7000.

The way the FX markets view a possible Labour/Greens/NZ First Government is that foreign investors (who currently hold 65% of NZ Government Bonds on issue and over 50% of the NZ share market) will reduce their NZ allocations as they see the NZ economic direction heading to higher taxes, higher debt, higher deficits, lower business confidence and lower GDP growth. A National/NZ First deals is viewed as the status-quo.

Local USD exporting companies have been actively positioning their hedge books to guard against a higher NZ dollar (if that is the outcome), however participating in a lower NZ dollar if Winston goes with the Labour/Greens. Many have been purchasing short-term NZD call options against the USD to implement such a strategy.

Worldwide equity markets have kept soaring higher over recent months, however the time of reckoning with a major downward correction in equity values must be getting closer.

Two intriguing and recent indicators of the speculative investment markets getting carried with themselves with excessive “irrational exuberance” is the unbelievable increase in value of crypto currencies such as Bitcoin and yields for European corporate junk bonds falling below the 2.30% yield available on US Government Treasury Bonds!

Such crazy investment decisions must only end in tears.

The Kiwi dollar as a minor/speculative/commodity currency would depreciate on a major downward correction in global equity markets.