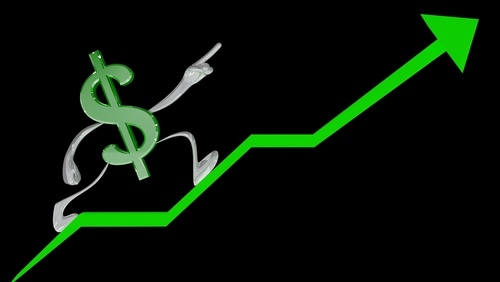 The Kiwi dollar has once again bounced back up from the lows of 0.6800 against the US dollar.

It is particularly instructive for the immediate outlook for the NZD/USD exchange rate that the Kiwi was not sold down last week when dairy prices decreased for the fourth straight GDT auction in a row.

The whole milk powder (WMP) futures pricing was indicating a recovery back to US$2,900/MT from US$2,800/MT ahead of last week’s auction.

However, yet again the futures were not reflecting underlying market demand and supply and the prices at the GDT auction slide lower.

The normally high correlation between WMP price movements and the Kiwi dollar would have seen the Kiwi sold on the unexpected weaker dairy prices, however on this occasion a sharp rebound back up in the AUD against the USD at the same time prevented any concerted Kiwi selling.

In some respects the Kiwi dollar has depreciated ahead of time and further in recent months than WMP price levels would imply, so maybe it is not too surprising, on reflection, that the Kiwi did not move lower on the falling WMP prices.

The lack of interest by currency traders and speculators to sell the NZ dollar aggressively below the 0.6800 level is also quite telling.

What it tells us is that all those offshore traders in the Kiwi dollar who wanted exit New Zealand due to the political changes have now done so.

It was expected that the NZD selling would be exhausted after a four cent fall from 0.7200 to 0.6800 on the announcement of the formation of the new centre-left Government. That now appears to be the case.

Over recent weeks the stabilisation of the Kiwi dollar in the 0.6800/0.6900 area provides confirmation and some assurance that lower levels are not about to be seen.

On the Chicago currency futures market where the US hedge funds punt the NZ dollar in an effort to make speculative profits, the open positions have changed dramatically from a record 40,000 “long” NZ dollar positions in September to now be at a substantial 20,000 “short” NZ dollar position.

As time marches on and the NZD/USD exchange rate fails to move lower below 0.6800 these short position holders will be forced to buy back their Kiwi dollars, pushing the rate upwards.

The short term direction of the Kiwi dollar from a New Zealand perspective remains highly dependent upon how the participants in the economy react to the new Government and their policy changes that impact on the economy.

Consumer confidence appears to be holding up very well so far.

The FX market will get an indication on how business is reacting to the new Government from this week’s ANZ monthly business confidence survey for November.

A dramatic fall off in business firms’ “own activity” index is not expected with manufacturing and primary industry exporters enjoying the lower currency and still generally high export commodity prices.

Retailers and the construction industry will not be as positive due to increased on-line competition and resource constraints respectively.

Business firms in the services side of the economy are likely to be more positive as the new Government moves into fiscal expansion mode with initiatives like the $1 billion per year regional development fund.

PM Jacinda Ardern and Trade Minister David Parker performed very well at their first test on the international stage with the TPPA trade deal progressed and likely to be consummated in the New Year.

Any business worries about the commitment of the new Government to international export trade that drives the NZ economy have been allayed.

The business sector will also be observing that now the new Government is in power they are finding out that in reality many of their bold pre-election promises are just not feasible.

The half year economic and fiscal update from the Government in mid-December will provide a pointer to the business community and FX markets as to what is fiscally possible and what is not (as it would increase Government debt too much).

The Government’s forward budget forecast on income and expenditure is highly dependent on what GDP growth rate is assumed for the economy in 2018 and 2019.

The Labour/NZ First Coalition Government would be very unwise to implement policies that dent business confidence and slow GDP growth, as this would mean less tax revenue for them in upcoming years to pay for their new spending plans.

The US dollar and the Australian dollar appear to be fairly priced at their current levels and thus no major shifts are likely over coming weeks/months to push the NZD/USD around.

The NZ dollar often appreciates over the Xmas holiday period as forex market liquidity reduces and some investors seek out a higher yielding currency to park their funds.

Interest rate differentials still quite low and getting lower vs USD which reduces some natural buyers in kiwi. What impact do you think that has relative to the other flows you mention?