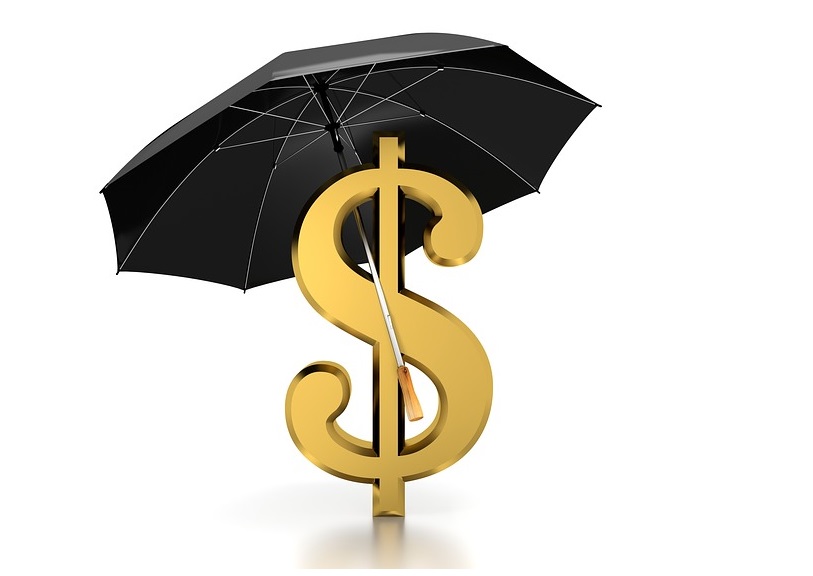 Contrary to my considered expectations of an imminent recovery in the Kiwi dollar from 0.6600 back to the 0.6800 region, the opposite has occurred with a stronger US dollar on the global stage forcing both the Kiwi and Aussie dollars sharply lower against the USD.

Rising US interest rates are often cited as the reason for continuing USD strength, however the hiking of official interest rates by the US Federal Reserve (four times 0.25% increases this year and three times 0.25% next year) is by no means fresh and startling news for the FX markets.

The increases from 0% two years ago to 3.00% by the end of 2019 have been very clearly signalled by the Fed as that is what their plan is for quite some time.

The Fed are implementing their return to “normal” monetary policy settings exactly in line with their signalled plan. Something else is causing the renewed demand for USD’s across the global financial and investment markets currently and it is difficult to ascertain what it relates to. Certainly, the US economy continues to perform very well, as reflected in the ever-increasing share market valuations and PE ratios.

At 0.6440, the NZD/USD exchange rate has returned to the levels it depreciated to in January 2015 when whole milk powder prices plummeted to US$1,800/MT. Today the price of our major commodity export (whole milk powder) is US$2,750/MT and more likely to follow crude oil prices higher than reduce further as some locals are suggesting with a strong increase in production in the current spring flush.

On all sorts of measures, the Kiwi dollar has been heavily-oversold at 0.6440, however I freely admit that I have been saying that since 0.6700!

There were signs a few weeks ago that the hedge fund speculators who short-sold the Kiwi dollars from 0.7400 in April would have been taking profits and unwinding their positions by buying the Kiwi back after a seven to eight cent FX gain. The gain is now 10 cents, so those that held-off from closing their positions have profited by another two to three cents.

The further depreciation of the Kiwi over this last week reminded me of a comment a former Bankers Trust FX trader (who went on to higher things!) once said to me many years ago – “when the Kiwi dollar is on a down-run it always goes three cents further than what you reckon it should”. Wise words based on good knowledge of FX market liquidity and positioning.

Increased US/China trade tensions, a strong ISM manufacturing data release and the Federal Reserve not wavering from their interest rate plan caused a turnaround in the EUR/USD exchange rate last week from $1.1750 to $1.1500.

As stated several time over recent months, the US dollar has encountered strong resistance from strengthening below $1.1500 against the Euro over the last 12 months.

It appears to have bounced off the $1.1500 level once again and given that the US mid-term elections are just around the corner I would expect the USD to pull back to $1.1700/$1.1800 over coming weeks on the political risk factor.

The September US employment data was weaker than expected due to the disruption to businesses by Tropical Storm Florence hitting the Carolinas.

The Yuan has also been under downward pressure in the FX markets as Chinese economic data prints generally weaker than expected.

However, the Chinese authorities are not expected to let the Yuan depreciate further at this time as that would attract even more criticism and hostility from President Trump. The USD/CNY exchange rate was CNY6.60 at the start of 2018, the CNY strengthened to 6.30 through March/April/May when they increased interest rates.  However, in July/August when the trade wars with the US flared up, the Yuan depreciated sharply to 6.80/6.90. Through September, the POBC has prevented further depreciation above 6.90.

The next significant event for the Kiwi dollar on its own account will be the CPI data for the September quarter released on Tuesday 16 October.

As commented on last week, the RBNZ’s forecast of a 0.40% increase for the quarter looks far too light.

Given petrol price and air-fare price increases due to higher oil and lower currency factors, an actual outcome above + 0.60% would not surprise.

Whilst the strong 1.00% GDP growth in the June quarter did not stop the rot of the Kiwi depreciation, this inflation number may well have a greater positive impact if it is higher than forecast.

The TWI currency index at 70.8 today is now considerably below the 73.0 level assumed by the RBNZ for their last inflation forecasts.

Higher oil prices, lower currency and wages on the rise must be forcing the RBNZ to lift their current benign inflation outlook.

The NZIER Quarterly Survey of Business Confidence results received plenty of media attention last week with the highlight being that business firms are not worried about general demand in the economy slipping, they are worried about profit margin compression due to rising costs and wages.

Coupled with high capacity utilisation levels, something must give in the economy and it looks like consumer price increases across the board that we have not seen for some time.

The FX markets and the RBNZ may be in for a rude awakening on this front. I never read too much into the NZIER confidence survey results as they inexplicably exclude our largest industry, agriculture. Sheep and beef farmers are pretty happy with their stock prices at the moment and would not be as grumpy as those in the construction industry.

Given the close inverse correlation between WTI crude oil prices and the USD currency Index over the last 20 years, if oil prices do move higher from the current US$75/barrel to US$100/barrel, the USD value looks set to weaken from its current 95.6 level on the index to around 82.0 (a 14% depreciation).

A low NZD is really good for our exporters and especially farmers.

However I wouldn't be surprised if the market is accurately reflecting the worth of the NZD if we are on the cusp of a housing collapse. It's long overdue.

It does appear that once again, household indebtedness doesn't deserve a mention either in relation to the NZ dollar or the Aussie dollar.

The Fed are implementing their return to “normal” monetary policy settings exactly in line with their signalled plan. Something else is causing the renewed demand for USD’s across the global financial and investment markets currently and it is difficult to ascertain what it relates to.

If developments were really inline with market expectations why did the US 10 year yield jump about 15+bps in a week? US yields have risen significantly across the curve and market pricing of more rate hikes has increased.

What is that something else? Higher yields!

Nope but the NZ dollar is getting binned again today. So it will be interesting to see how our close ties to China see our currency perform when their stock market reacts to last week's holiday sell off in Hong Kong.

When did Mr Key leave office? About sixth months after this 2016 interview by Gareth Vaughan where ANZ's David Hisco highlighted the structural problems the economy was building. When did Mr Key sell his house? About the time he started working for ANZ. Always good to have the inside track.
https://www.youtube.com/watch?v=jY1bZil2KbY
I'm not sure if quoting Mr Key's 'wise words' of yesteryear still apply today Roger, particularly given the structural imbalances in the economy. I'm not sure that we're anywhere near the bottom of this cycle yet for consideration of a 3 cent overshoot to apply. If you could get a current quote from him about the currency, then that could be more interesting.

The Fed Balance Sheet unwind now ramping up at $50 Billion a month - $600 Billion next year etc.

Sure, another “known” – but all part of an interesting mix.

He's quoted in the above article but I wonder what currency Mr Key has his wealth in at present?

I'd wager that a big chunk of it is in USD/US equities...

Hi Roger, regarding your comments about something else going on, could you take a look at this strategy note and perhaps comment. https://www.google.co.nz/url?sa=t&source=web&rct=j&url=https://www.nedba.... Cheers

The "something else" is quite clear. Outside of rising US interest rates, the EU is tanking on a number of fronts and a lot of capital will be exiting Euros, with only one place to go...

The "classic "flight to safety"? Trouble is when the pile of poop is global is there really anywhere to run to? ie think 2nd Great Depression.

So oil prices have inverse effect on US? Never heard that