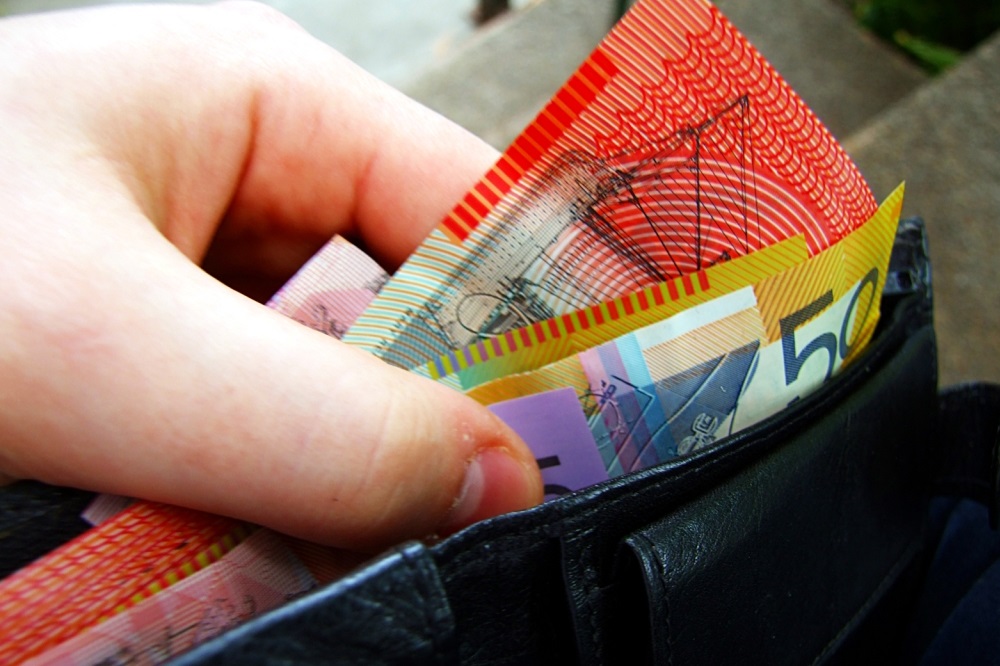 Sadly, New Zealand has attracted international media headlines for all the wrong reasons over this past week. As many commentators have already stated, we have as a nation lost some of our innocence as we are no longer far away and isolated from evil and violence.

The New Zealand dollar continues to mark time in global currency markets, the now well-established trading range between 0.6750 and 0.6950 against the US dollar holding firm over recent weeks. The markets have attempted to test the downside support for the Kiwi dollar at 0.6750 on several occasions. However, there does not appear to be any appetite at all from the normal currency speculative traders to sell the Kiwi lower currently.

An explanation for the Kiwi buying support at 0.6750 lies with the movements in the AUD/USD exchange rate and FX market speculative positioning.

The NZD/USD rate tracks the AUD/USD rate very closely for 80% of the time.

Despite the overwhelming majority of forecasts for the Australian economy and exchange rate in 2019 being very negative for several months now (based on a tumbling residential property market and likely RBA interest rate cuts), the Aussie dollar has not been aggressively sold below 0.7000 against the USD.

The speculative AUD/USD foreign exchange market has been heavily “short-sold” the AUD since August/September last year, there is simply no more room for additional speculative selling.

The speculators already holding short-sold AUD positions are not prepared to add to them and are waiting for a reason to take their profits i.e. buy the AUD’s back.

As has been previously stated in this column, it appears that all the negative factors for the Australian economy are now fully-priced into the AUD/USD exchange rate at 0.7000; therefore new AUD speculators are also not being attracted in to sell the AUD at 0.7000. The longer the support for the AUD at 0.7000 holds, the probability increases that the next move will be sharply upwards as the “AUD short-sold” position holders lose patience and buy the AUD on profit-taking.

A break above 0.7200 in the AUD/USD rate would activate further buying.

There must be an entirely new development that impacts on the AUD currency value to act as a catalyst to trigger that AUD buying. Last November with the oversold NZD/USD exchange rate at 0.6500, it was a much stronger than expected New Zealand GDP growth number that triggered the speculative traders into reversing their positions. The Kiwi dollar recovered dramatically to 0.6900.

The Aussie dollar has not experienced such a rebound and continues to bounce along its 0.7000 low-point as there has not been an Australian positive factor to stimulate a reversal in fortunes. The RBNZ statement in early November also helped the Kiwi reverse engines as the central bank’s messaging was more positive than their overly bearish outlook in August 2018.

No justification for the RBA to turn bearish

The local Aussie economists will be seeking bearish comments from the RBA to justify their negative outlook.

However, the RBA view is more likely to be balancing off the weaker housing/retail/construction domestic situation with the very positive prices/confidence now evident in the mining/resources export sector.

The RBA have already stated that they will not be considering cutting their OCR interest rate until they see their unemployment rate increasing. Employment figures in Australia have been very positive lately and the dramatic improvement in profitability and new business investment in the mining/resources sector suggests stronger employment going forward, not weaker.

The stage is set in Australia for a significant turnaround in the Aussie dollar exchange rate, in the author’s view.

Historical correlations between the AUD/USD exchange rate and their commodity prices of iron ore, copper and gold are very strong.

The NZD/AUD cross-rate has increased further to 0.9660 due to the NZD outperforming the AUD against the USD over recent months.

The Kiwi has already had its rebound upwards, when the Aussie rebound occurs, the NZD/AUD cross-rate will reverse back towards 0.9300, as it always does.

The US Federal Reserve FOMC meeting this week (19th and 20th March) should confirm no interest rate increases this year and a slower decrease in the bonds held on the Fed’s balance sheet.

Further USD currency weakness to $1.1400 and $1.1500 against the Euro is expected as a result, aiding the NZD and AUD higher.

I hope not. I am hanging on for parity before changing over some funds for investing in Aus.
Any counter view to what is written here?

Strong counter opinion here. The AUD is toast and I think the NZD is likely to hit parity. AUD decline will be driven by the RBA adopting an easing bias.

What sort of Australian investment are you looking at?

Property, when the prices are dropping and buyers are scarce due to tougher lending restrictions, gotta be a good time to be looking for something at the right price.

Me too! Parity would be great but the Aussie mineral resource fundamentals are looking too good. Patience is needed.