New figures show the Consumer Price Index rose 0.7% in the September quarter and 1.5% year-on-year - more than expected by the RBNZ; Higher household costs largely behind the rise; NZ$ up momentarily

New figures show the Consumer Price Index rose 0.7% in the September quarter and 1.5% year-on-year - more than expected by the RBNZ; Higher household costs largely behind the rise; NZ$ up momentarily 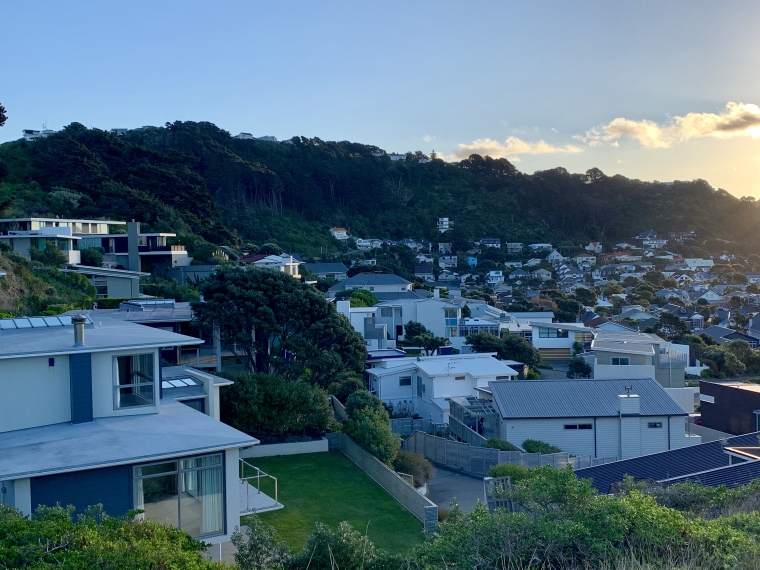 Inflation increased more than expected by the Reserve Bank (RBNZ) and most bank economists in the September quarter off the back of higher local authority rates, rents, insurance costs and cigarettes.

The RBNZ, in its August Monetary Policy Statement, forecast quarterly inflation of 0.5% and annual inflation of 1.3%.

So while the September figures undershot the 2% midpoint of the RBNZ’s annual inflation target, they painted a rosier a picture of the economy than expected.

However, it is unlikely the RBNZ will be swayed from cutting the Official Cash Rate (OCR) on November 13.

CPI is a lagging indicator, and the global outlook remains grim, business confidence is weak and the RBNZ is mindful of keeping abreast with other central banks loosening monetary policy to prevent the NZ dollar from becoming over-valued.

The stronger-than-expected data might however reduce the risk of the RBNZ cutting the OCR by 50 basis points in one go (as it did in August) as opposed to making the usual and more widely expected 25-point change.

Taking a closer look at the data, property rates and related services were up 5% compared to the September 2018 quarter.

Meanwhile cigarette and tobacco prices were up 7.7%.

The cost of domestic flights stood out - rising a whopping 15.7% from the previous quarter. Road passenger transport costs were also up 2.0%.

Statistics NZ’s trimmed mean CPI measure, which excludes extreme price movements, ranged from 1.7% to 1.8% for the year. So underlying inflation was higher than the 1.5% overall increase in the CPI.

"This, combined with low readings for core consumer price inflation, suggest there is a structural (long-lasting) element to the inflation process.

"The RBNZ remains confident that the economy will respond to the 75bps of OCR cuts already delivered over 2019.

"Given our concerns over the domestic and global outlook, we are not so sure. We expect growing spare capacity in the NZ labour market and economy in general to increase, dampening medium-term inflationary pressure.

"With headline inflation likely to linger below 2% for some time, inflation expectations are at risk of slipping further and reinforcing low inflation into the future," ANZ's Sharon Zollner and Michael Callaghan said.

The Consumer Price Index rises 0.7% in the September quarter and 1.5% year-on-year - more than expected by the RBNZ; Higher household costs largely behind the rise.. [my bold]

A possible symptom in the US and more than likely here:

In 1991, elder bankruptcies made up 2% of total filings. According to a report from Indiana Legal Studies, it is now up to 12% and growing. The study found that 78% of elders who file for debt relief made less than total median income. Link

with the issues in the US with under funded pension plans you can expect the rise to accelerate.

yesterday there was a piece about General Electric potentially being underfunded by $100B and with a market capitalization of just $70B, effectively The pension fund owns GE

It’s a bit like, in one of those Steinbeck novels, picture the exhausted farmer on the exhausted plain, could it be that little cloud on the horizon will save my farm.

Imported inflation. When all else fails...

It has to be imported inflation unless your entire household expenditure is on dairy, lamb and local fish because we don't produce anything else any more !

How do you know my eating habits?

is it possible for you to tell us what Median or average wages were up in this period?
Inflation is coming in higher than expected in USA and China also.
This is largely due, it seems to swine fever cull in China and USA crop problems due to weather.
Both could result in discomfort for central banks in not raising interest rates when inflation suggests they should

This is an interesting question. And one where there is surprising blindness by policymakers in New Zealand. The RBNZ and Government much prefer to answer this using the "Labour Cost Index" and that shows "Labour Cost" rose +2.1% in the year to June 2019. (We will get the September update in early November.) But the LCI is problematic, reflecting enterprise costs rather than what people are being paid. For a more realistic survey of what workers are actually being paid, you need to look at the QES earnings data, and that has been rising at over +3% for seven quarters in a row. In the June quarter, weekly earnings were up +3.7% in the year to June 2019. This is the average of what people are actually being paid.

And it is way above CPI inflation. So 'real' earnings are rising, on average.

No-one (official or economists) seem to want to talk about employee earnings for some reason, prefering the labour cost data (and that includes more elements than just pay). I am not sure why.

But in the end, faster rising earnings will surprise those officials and economists as they cumulate into local cost inflation. Firms won't be able to absorb them forever and when they can't, prices will go up with an energy that the RBNZ won't readily be able to contain.

Isn't median weekly wage (last reported to be growing at 2% YoY) a better measure of earnings than the average?

Labour economist Dr. Bill Rosenberg said "the average wage or salary is a bit misleading in itself because it tends to [be] biased upwards by the very high salaries that some people get."

At that pace of median growth barely above CPI (1.7% over the same period), would you still predict consumption to pick up in the future?

Probably not, if the nation's financialisation demands on pay packets leaves less behind for discretionary purchases. I noted elsewhere that:

The REINZ House Price Index, which adjusts for differences in the mix of properties being sold from month to month, recorded a 1.4% gain for the month across the country, and a 3.6% gain for the year.

RBNZ OCR cuts must be exercising their magic on asset values.

I've been thinking about the increase in pay in the context of household debt to income. Pay is going up and household debt is increasing but not at the rate it has in the past. At the same time debt servicing has been dropping as a percentage of income since around 2008. We are still in the upward part of the current cycle.

If we have a repeat of the 70s we would have a very difficult time although we could inflate away all of this excessive debt.

Thanks David for great detailed response and info

Its the Japanese syndrome becoming firmly entrenched in our economy. Put off those big credit fuelled purchases just another couple of months more and the borrowing rate will be even lower when you do eventually spend. Case in point, my dear old mom just put the pile of builders quotes she's been mulling over back into her writing desk drawer. She reckons she will wait till the next OCR announcement to see if she can get a lower rate from the bank for her renovation project...I think she's right!

It's a good story but not one that stacks up well. Let's say your mum spends $100k renovating and let's also say she's right that the OCR will be cut by 0.25% in November, the banks typically pass on about half of that so your mum will be 0.125% better offer precisely $10.40/month, a saving much, much, much lower than the rising cost of materials and labour. She would therefore make a very bad decision to put off renovating

It depends how long she's financing for. Based on current inflation rates her $100000 renovation would cost about $100125 in November, then she starts clawing back that $125 increase by saving ~$10.40/month in finance costs.

Not if the builders still honor the quote

The sinister part of the story is yet to play out and should be considered for your payback analysis...dear old mom is reckoning on extracting increased bargaining power with the contractor as the japanese style disinflation influences similar 'sit and wait' sentiment throught the wider economy. Logic being that other building jobs will also be put on ice drying up the pipeline of work, which will lead to panicked builders lowering their sky high charge out rates to keep their cashflow healthy...ish. The 100K spend out will highly likely be well worth waiting on.

You should read the article above, most of the CPI increase is due to housing related costs, so no, they're not going down, they're going up

I'd agree with this comment. Better economics to get on with building early as practical, instead of waiting. Once it's done it's done. Can always change the financial arrangements later.

If it becomes the true Japanese story, people will never borrow much ever again, BUT we do have an army, a veritable horde of newcomers who are bet on to borrow where Kiwis can't or won't.

Rates rents and insurance.... how predictable and how depressing

Dont be misled by the numbers ........ its likely to be some price increases from a weaker Kiwi$ then the OCR was cut

Taxpayers must stump up more...We cannot have the head of our country not looked after. Common Wealth is to be shared around.......And youse Kiwi people ain't doing your bit.

Cough Cough up a bit more.....Thanks... (Phillip, Charles and the Corgis..on behalf of the Monarchy).

PPS.. If interested in the job, just Google it....that will be Fine..