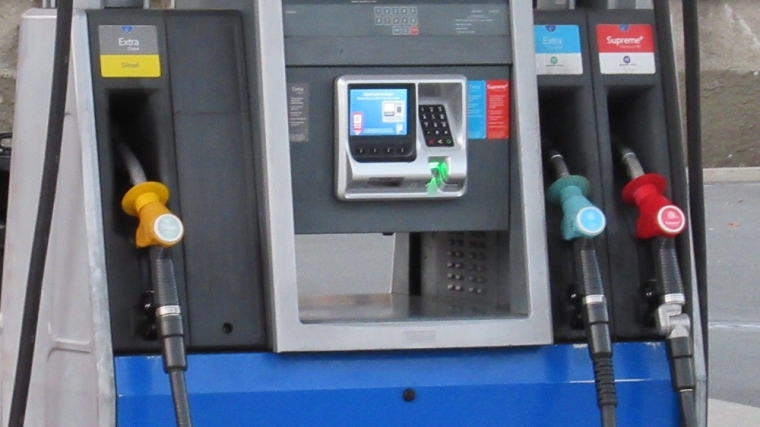 Well it was revving along on full throttle and then it ran out of gas - pretty much literally.

That's right - inflation. Or lack of it. The country's set to see its largest quarterly fall in inflation for at least five years, but possibly the biggest fall since 1998, when Statistics New Zealand unveils the June quarter Consumer Price Index on Thursday (July 16). (For the record a -0.5% fall would be the biggest quarterly drop since the fourth quarter of 2015, while -0.6% or more would be the biggest fall since the fourth quarter of 1998.)

The Reserve Bank (RBNZ) has forecast a 0.7% fall in the quarter while bank economists' forecasts are in possibly a slightly less tight range than usual. The BNZ and Westpac are also going for -0.7%, while ANZ has -0.6%, Kiwibank has -0.5% and  ASB is picking -0.4%.

Westpac economists say their -0.7% pic is a downward revision from their initial forecast of -0.5%, after a smaller than expected rise in food prices for the June month.

"We’ve also incorporated some recent guidance from Stats NZ about how it has dealt with Covid-related disruptions to the measurement of prices," senior economist Michael Gordon said.

The upshot for annual inflation based on these picks is that it will likely to sink to somewhere between 1.2% to 1.5%. As at the end of March the annual inflation was running at 2.5%, which was its hottest level in around eight years.

As the Kiwibank economists explain, leading inflation lower in the second quarter will be transport prices.

"Petrol prices plunged at the start of the quarter, at a time most of us had parked the car up for lockdown. A lack of global demand for oil, because of Covid-19, was a key driver. But so were geo-political pressures over the period. We are also expecting to see decent falls in both household contents and recreational goods and services groups."

And they say looking further out, "we expect annual inflation to continue to fade this year and into next. Recessions kill inflation, and a rising unemployment rate signals increased spare capacity and reduced wage/price pressure in the economy.

"Moreover, there is every risk NZ sees deflation. As a result, the RBNZ won't take the foot off the stimulus pedal anytime soon."

The RBNZ's official inflation target is between 1% and 3%, with an explicitly targeted 'midpoint' of 2%.

But as ASB senior economist Mark Smith puts it, the March 2020 year experience of 2%+ annual CPI inflation "looks to be short-lived". He expects annual inflation to "ease towards zero by early 2021".

"...Policymakers in NZ and abroad have pulled out all of the stops and will maintain highly stimulatory settings until they are confident economic activity and inflation has turned the corner. We expect inflation to remain low, with the [Official Cash Rate] not moving above its current 0.25% operational low until 2024."

ANZ senior economist Miles Workman says residual strength in housing-related prices will "put a floor under non-tradable inflation", but the weak demand outlook will sit on this eventually.

"Lockdown-induced noise will be a key feature and this won’t wash out until [the fourth quarter of this year]."

Workman says given measurement, timing and price volatility issues, a surprise in second quarter inflation figures "won’t be a game-changer from a monetary policy perspective".

"Taking a broader view, we think it’s clear that the inflation pulse is set to weaken markedly from here, and that the RBNZ has its work cut out," he said.

"We expect headline inflation to sink below the 1-3% target band by year end. The RBNZ will need to keep its foot on the gas for a while yet."

does that mean we are in recession?

@andrewj its a good question , Deflation and a recession are 2 different things , that impact one another .

In its simplest form :-

Deflation is a fall in the general level of prices.

Its a perfect storm , we have a recession ( since the q1 figures came out) , plus deflation, all on top of a pandemic

I'm not sure about recession. More recess.

The morning recess, two periods till lunch time and a couple of periods after that.

So I have a very limited understanding of economics.
I know deflation = bad. (minor) Inflation = good.
But reading this deflation will lead to lower fuel and food prices.
These sound like good things? Does someone want to break it down for me. I know it can't be a good thing. But I'm a little confused.

Issues with deflation: Makes debt (of which we have heaps) worth more (relatively speaking) and if large enough makes people hold off purchasing (because will be cheaper later), which stalls the economy. However, mainstream economists are a bit too pro-inflation for my tastes. If we ran our economy less on debt, a little deflation may actually be a good thing, as you point out.

@logandonnelly , Deflation is bad simply because, firstly there are few monetary tools to reverse the trend, secondly its a sign of a weakening economy often with excess capacity , and third, people reduce spending in expectation of prices falling , which may seem counter-intuitive , but it is true .

Now this may not apply to food or petrol or electricity because we use it constantly , every day , but non-essential things like cars , computers , white goods etc are seriously effected.

We need consumers to spend and consume , that's our modern world

So what happens is , there is less demand, lower turnover, then businesses lay off staff , and for every person laid -off is equal to a multiplier of spending that no longer exists.

It basically starts real slow , but its can spiral completely out of control in a downward ever faster cycle .

Fortunately the cycle bottoms out in due course , but its very distressing on the way down as people lose jobs and are made redundant.

"Deflation is bad" the environment disagrees with this.

I'm struggling with your observations. Deflation is multifaceted, we have had tradable deflation for so long I can't remember a time without it - mostly due to technology. In fact, this is why house prices have risen so much in the last few decades. It's not hard to create inflation, it's probably the single easiest economic outcome.

A quarterly drop in the CPI doesn't mean much to people on a low income, who have to pay 4.1% more for their food than they did a year ago.

1) Its winter and food is more expensive in winter
2) The minimum wage has gone up significantly , and the cost has been simply passed on
3) The extra 10%+ tax on Diesel PLUS a recent increase in RUC has quickly been passed on to consumers , all our food is delivered in trucks .

These are one -off shocks , but the effect is tangible

We are in serious trouble .

Notwithstanding an otherwise seemingly bouyant housing market , the Banks are actually increasingly reluctant to lend, looking closely at a new metric called job security , and its getting an increased weighting by credit analysts

Business people are not making spending decisions , and while this is understandable , its not a good thing for the economy and the velocity of money .

Its well known that Tourism is on its back .

Ditto hospitality , which does seem to be recovering somewhat in NZ , but not elsewhere

Now there are problems emerging in the Insurance sector

US and UK Insurers are refusing to pay out on Business interruption policies .

In the UK, the Financial Conduct Authority has taken eight insurers to the Supreme Court for a test case. In the US, the Circuit Court in Michigan dismissed Covid-19 business interruption claims from two restaurants last week, saying their policies only covered direct physical loss or damage to property, while another case, a class action suit, has gone to the Supreme Court of Ohio to clarify whether presence of the virus constitutes physical loss to property.

These cases will be taken on appeal , and if they lose , the re-insurers ( like Berkshire Hathaway subsidaries ) could be in the gun .

In South Africa ( where Insurance law is similar to ours ), the Court has found the insurers are liable where a business owner (a restaurant who had to close down in their lock-down ) , had a business interruption policy taken out in good faith and had been paying the premiums for many years .

The insurers repudiated the claim , and its now before the court or appeal , as the insurers fight the matter to the death

Low interest rates are going to distort and destroy our economy. If you want to know how it affects banks look at this link

Are local body rates captured in this? Most Councils seem to think that they can put rates up regardless of what's going on, and then screw people when they can't afford to pay.

Why make cost savings when you can just up the rates and tell anyone who can't make ends meet to 'put it on the house'?

The city has given folk a lot of free money. Needs some back to pay for infrastructure.

Councils are slow turning ships. Some have reduced planned increases in their last budget round -Auckland the most prominent. it will really hit this time next year when 10 Year Plans put together. Expect tough choices then. Especially as higher water quality, biodiversity, minimum residential growth capacity government requirements etc kick in. Lead infrastructure isn't cheap.

Elections coming up. Expect to see plenty of candidates on the "reduce rates" tickets.

Council revenue falls in recession. They cut services and jobs, causing more pain and drop in growth.
If councils did not depend so much on consent larceny, and more on central government payments from general tax, it would be better.
Councils charge for services. Why is that people think they should have stuff for free and then complain when nothing works

"Councils charge for services. Why is that people think they should have stuff for free and then complain when nothing works"
You obviously have never looked at a job council have done and how much it cost to do. I can tell you that in nearly every case they a) Botched it up and had to redo it and b) It cost about 3 times as much as a private firm would have done it for.

"Stimulus pedal" is exactly what has caused deflation in USA and EU growth for last 9 years.
QE is not for the "economy" it is to keep government debt interest low and stimulate house price and share price growth via leveraged debt. More of same. Meanwhile bottom 50% will take all the shit, as usual. we will get deflation for about a year, then massive inflation due to USA flooding world with dollars. They borrowed $864 billion in a month last month and $3t in last 12m. Devaluing their currency exports inflation.

"Meanwhile bottom 50% will take all the shit, as usual." I agree with this.

Bring it on. The faster the malinvestment booms and associated bailouts of the last 20 years fold, the better.