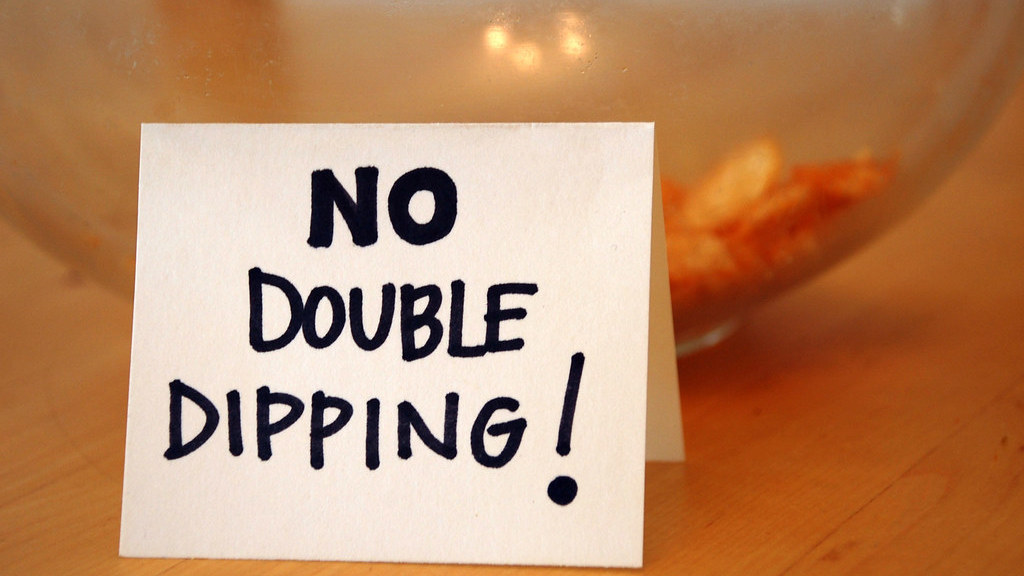 After our economy took an icy plunge in the middle of last year due to the Covid shock, we had the strong fight back in the third quarter. But economists have nevertheless been expecting us to fall back into a 'double dip' recession this year.

This was especially so after December quarter GDP figures came in much weaker than expected, with a -1.0% drop. The Reserve Bank had forecast an exactly flat outcome - 0.0%.

As recently as in last week's Budget, the Treasury was forecasting a drop in March quarter GDP - though is expecting a strong rebound in June.

And the reasoning of economists for expecting that we would technically enter recession territory again through the March quarter was that this was expected to be the quarter that most exposed the impact of no international tourists coming here.

The technical description of a recession is two consecutive quarters of negative GDP growth. Of course, we went into recession last year after falls in GDP for both the March and June 2020 quarters (the latter a massive -11% hit reflecting the full impact of the March/April total lockdown).

However, the March quarter retail sales figures released on Monday proved to be a massive positive surprise, with the 2.5% rise in sales far outstripping the average market expectations of a -1.8% fall.

And while retail sales make up only a small part of GDP, the magnitude of the surprise has got economists recalculating.

"...Pleasingly, the result was broad-based across regions and store-types. It’s possible we see a bit of a pullback in Q2 (particularly with supply disruptions lurking in the shadows), but we remain positive on the outlook for the year ahead. The once-in-a-generation lift in income support signalled by the government should help keep the party going too."

"We’d been expecting flattish GDP growth of 0% over the quarter, running the risk it could tip into negative territory and result in a technical recession. Off the back of yesterday’s lift alone, our Q1 pick moves to +0.3% qoq."

"First, volumes growth was very strong at the headline level, up 2.5% q/q on a seasonally adjusted basis. And despite being just the first partial Q1 GDP indicator (with only a 7% weight), that adds to our confidence that New Zealand avoided a double dip recession (but there’s still plenty more data to come).

"Second, there was very little evidence of any inflation in these data, with values lifting the exact same amount as volumes. That’s surprising because anecdote, survey data (such as our Business Outlook), and even core inflation measures have all been suggesting that supply disruptions combined with a strong demand pulse are mixing into a rather inflationary soup," they say.

"Stepping back, we don’t think this one data point is worth putting much weight on for inflation dynamics, but it does provide a timely reminder that the data remain noisy, and that the signal isn’t all one-way traffic when it comes to monetary policy implications."

UBS economist Robin Clements said he had been very recently describing the risk of a technical recession (as Treasury anticipated in Budget 2021).

"There are several more Q1 partial indicators to come (next is building work on 4 June) so we will hold off reviewing our flat Q1 GDP pick but the surprise Q1 retail activity increase means we now have upside risk and a reduced risk of recession," he says.

> And the reasoning of economists for expecting that we would technically enter recession territory again after the March quarter was that this was expected to be the quarter that most exposed the impact of no international tourists coming here.

Funnily enough, when you gift the tourism industry - sorry, tourism *community* - 200m dollars, the impact of them not having anything to do doesn't show up as much in the official figures.

...at least not the ones which are reported on regularly by economists and politicians. Someone's picking up the bill eventually.

200 million would be a drop in the ocean though, compared to the 17.5 billion generated annually by overseas tourists - and probably half of it over the busiest quarter.

I think it shows the huge effect on the economy of NZer's travelling abroad - now they can't, the money is going into the local economy.

I wonder about some of the long-term ramifications for the tourism industry from the Covid period.
Particularly about FHBs who have participated in the latest run-up. They stopped taking holidays, and for some that will have played a part in their ability to finance a mortgage. But does the enormous amount of money they've borrowed mean international travel is off the table for a decade or more?

Kiwis spend far less locally when they travel, and problem for the local industry is that kiwis mostly travel at weekends and in school holidays.

Without tourism, those businesses - which would have been busy 7 days a week - now only have a couple of days each week, plus 4 fortnights a year to earn their money for the year. Wage support has been present for a while, as have free loans. Once those dry up, expect to see the impact on these operators.

Economists this, economists that.....is there anyone around here capable of thinking for themselves? Hands up all the economists who saw the GFC coming!

There won't be another recession provided no one touches the OCR.

The good news is, most people would be probably vaccinated by the end of the year and the borders will reopen soon.

Open the borders and COVID comes in. Even if everyone is vaccinated is this really an option?

It's the only option.

Yes it is an option, and given the current case fatality rates of COVID, it will be the option selected.

Yes, the tremendous economic damage being done by border closure is being discounted to zero. Economic deprivation, lower future GDP growth, higher government debt, higher suicide rates -all of that inconsequential stuff is also discounted to zero. Absolutely no death due to COVID will be tolerated, and no price is too high to pay, especially if someone else is paying.

Lol, do you really believe that our vaccination 'plan' will have most NZ citizens vaccinated by the end of the year?
https://www.newsroom.co.nz/vaccine-rollout-were-making-it-up-on-the-fly
It was 'illustrative and approximate' - the direct quote from the COVID-19 Response Minister There was no plan. What a bunch of monkeys.

Growth per capita isn't a nice graph when its extended all the way to 1994. You can clearly see the declining trend. No wonder living standards are getting worse for the average Joe.

Debt = more retail sales
Increased equity ditto potentially.
GDP more production based, so will not be a miracle

I guess they're economists from Treasury and a few banks who've been recipients or a party to the large $100b Covid Bailout funding from 2020?

Let's not get suckered into the CPI measurement for inflation or even Treasury & the RBNZ gerrymandered 1-3 per cent targeted range.

Let's talk about 'real' inflation and other real metrics like 'real' unemployment figures?

For example; if you were to take into account the $100b capital injection which is about 90% of one year's annual budget. What would the 'real' GDP figure be? Or the 'real' unemployment figure which is 12.2%.

I think this is all part of the MMT in play.

So all of us running to the local Mall and spending up large because we cannot spend the money on overseas travel is going to save our economy ? Really ? Are these guy's serious ? How long do you think thats going to work for ? Our whole economy that is heavily reliant on tourism is being smashed. There needs to be new businesses to create alternative jobs but all the money is being sucked into housing. Things couldn't look worse if they tried for the medium term in NZ. I'm turning my house into a bunker, its going to get ugly.

Best get some Bitcoin for your bunker too Carlos. Either that or some tradable commodities, although they are much easier to steal.