Another big lockdown has once again changed the economic picture enormously, but GDP figures for the past quarter will still tell us some important things

Another big lockdown has once again changed the economic picture enormously, but GDP figures for the past quarter will still tell us some important things 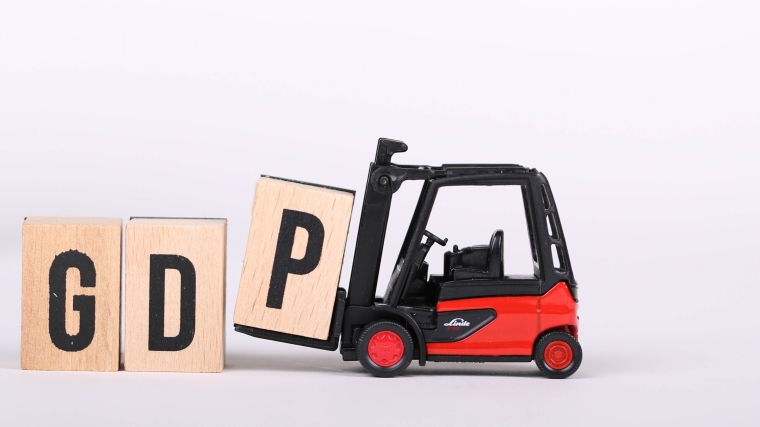 But throw in a national lockdown of the economy into the mix and then the figures start to look REALLY HISTORIC.

That doesn't mean though that there won't be value and things to learn from the June quarter GDP figures being released on Thursday (September 16).

For the record, the Reserve Bank picked that our economy would have expanded by +0.7% in the June quarter. The market average pick of economists is for about +1.2%.

This follows on from an actual figure of 1.6% in the March quarter - a figure that simply blew the most positive of expectations out of the water, as it portrayed an economy displaying far greater resilience in the face of the Covid challenges than anticipated.

Now of course those 'Covid challenges' are back with interest, ensuring that the September quarter that we are now nearly at the end of will have a big fat minus in front of it in terms of the GDP. Picks of around -6%--7% are being circulated.

Economists are pretty much in agreement that whatever the figure produced for the June quarter, it will show an economy that had plenty of momentum before the lockdown, with supply constraints and inflationary pressures to the fore.

The massive surge in housing prices in the past year has given households a lot of confidence and so people have kept spending.

The emerging supply constraints and inflationary pressures would have had the Reserve Bank hiking the Official Cash Rate last month. But in the event the RBNZ's decision came on the day we went into Level 4 lockdown - and so it decided to hold fire and keep the OCR at the emergency 0.25% it has been at now since March 2020.

At this stage, however, economists are still firmly of the belief (and this has been backed up by reported comments from senior RBNZ people in the media) that once the whole country has emerged from lockdown, the economy will quickly bounce back, and the tight capacity constraints and inflationary pressures will still be in place - meaning that the RBNZ can and will hike interest rates certainly in November, if not next month.

ASB senior economist Jane Turner is expecting the rebound out of lockdown to be strong, with growth in the December quarter of +7.8%.

"Exceptional economic momentum over the first half of the year likely carried through into July and first half of August and provides a solid foundation for the broader economy to recover.

"However, some smaller businesses are likely to struggle, with the most vulnerable being those located in Auckland that can’t operate until Level 2. These businesses have already seen annual earnings take a significant hit from Alert Level 3 lockdowns in August last year and February this year as well. They may not have the savings buffer to survive this current lockdown given its severity and duration.

"Government support remains key for the resilience in the economy, in particular the wage subsidy programme has proved a useful tool in keeping people employed. Learning some lessons from the initial outbreak in March 2020, the Government support has been a bit more carefully targeted in this outbreak. But hopefully, for the most part, support is still reaching those who need it without providing an expensive lolly scramble for those who don’t," Turner says.

ANZ senior economist Miles Workman cautions that the risk of more lasting economic damage does increase the longer lockdown measures are in place.

"And if the past 18 months have taught us anything, it’s not to underestimate persistent supply-side impacts. Inflation pressures and labour market tightness are expected to come through this lockdown more or less intact.

"Overall, we expect the Q2 GDP data to show the economy was on a tear before Delta reared its ugly head, necessitating renewed lockdown measures.

We think that strong momentum going into lockdown will be worth something coming out. But as we outlined in our recent Quarterly Economic Update, we’re going to see GDP thrown around a lot over the coming quarters, with a sharp drop in Q3 and, hopefully, a sharp bounce in Q4.

"Importantly, provided the fiscal response is just as potent as last time around, we think household incomes will hold up well through this lockdown too," Workman says.

Westpac acting chief economist Michael Gordon, senior agri economist Nathan Penny and economist Gregorius Steven say even though the figures from the June quarter GDP "may seem stale", they still provide some value in telling us how hot the economy was running before we returned to a nationwide lockdown.

"Going into it, we were already facing capacity pressures due to supply constraints despite strong demand.

"There is a great degree of confidence that economic activity will again recover sharply coming out of this year’s lockdown.

"This is a sharp contrast than what was expected during the first lockdown of 2020. The expectation was we would see the largest fall of demand in history and that a recovery would take many years.

"But the successful elimination of Covid, along with highly accommodative monetary and fiscal policy, went a long way to limiting the shock to demand," they say.

"Importantly, provided the fiscal response is just as potent as last time around, we think household incomes will hold up well through this lockdown too,"

That means that the govt needs to support h'hold income to keep the economy on an even keel.

People expect it now. It used to be that people should have savings to get them through difficult periods. Obviously, for some people, that has never been possible. The problem now is that it seems a greater proportion rely on the govt. It's not just the low-income h'holds. I would suggest much of the middle class has little cash savings (the data seems to support that) and it possibly stretches into the top quintile as well.

Sadly you are right. A lot of savings has gone on rent and much higher inflation than the CPI. Unless you have your own house with a zero/small mortgage there will be near zero savings.