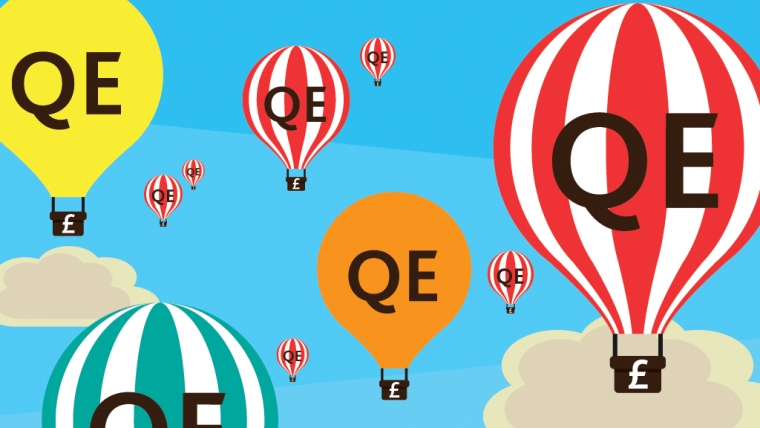 This morning the Reserve Bank of New Zealand (RBNZ) announced it would implement a $30 billion Large Scale Asset Purchase Programme (LSAP) of NZ Government Bonds. As I indicated in last week’s article, this was expected and follows on the back of the Government’s economic support package announcement last week of a $12.1 billion injection of new spending.

The aim of the RBNZ programme is “to provide further support to the economy, build confidence, and keep interest rates on government bonds low”. This will allow for the purchase of “up to $30 billion of government bonds, across a range of maturities, to be purchased over the next 12 months”.

So far so good. The goal here is to address the short-term rise in interest rates in the local bond market, across the yield curve. This comes, as one would expect, as a lack of confidence and resulting liquidity concerns see yields rise. To counter this, the RBNZ states that it will be purchasing NZ government bonds in the secondary market, using central bank money.

It’s important to note that it does not state it will buy government bonds directly from the Treasury. This needs clarification because this suggests the RBNZ is focused more on keeping interest rates down in the bond markets, rather than actually funding the government directly to help it support the real economy.

There has been an exchange of letters between Adrian Orr, the Governor of the RBNZ, and Minister of Finance Grant Robertson to make sure the RBNZ has indemnities for any losses.

The Minster has stated his support for the programme noting;

“The Minister supports the use of the Programme by the [RBNZ] Monetary Policy Committee as a monetary policy tool to reduce borrowing costs for New Zealand businesses and households, boost credit and lower the value of the New Zealand dollar - all of which is intended to stimulate investment and boost demand for New Zealand goods and services.”

As I noted in last week’s article, this is potentially heading down the wrong path. We are experiencing a huge demand shock driven by global pandemic, not tight monetary conditions or rising unemployment. Lower interest rates, whilst important for bank funding and liquidity, are not really the solution to this problem right now.

There is not going to be any new “investment” whilst businesses are going bust (see Air New Zealand for details), and people are frantically working out how to pay basic bills and stock their cupboards. This is exactly the problem that the post-GFC approach experienced.

All the new central bank money that went into the secondary market to buy government bonds and a whole range of other securities, ended up being redirected into financial markets, setting them off on a very, long bull market, which has now come to a shuddering end.

What the RBNZ needs to do now is to make clear that it can and will purchase government bonds directly from the Treasury at 0%. These funds should be used to fund the current and forthcoming economic support packages. The RBNZ can and should still support the secondary bond market but it should not make the mistake of previous international QE programmes, and focus entirely on the supporting the financial markets.

*Raf Manji is a strategy and risk consultant.

"this is potentially heading down the wrong path. We are experiencing a huge demand shock driven by global pandemic, not tight monetary conditions ...... Lower interest rates, whilst important for bank funding and liquidity, are not really the solution to this problem right now."
Voila!

But it isn't what's going to happen. Banks will simply be bailed out of their irresponsible lending with the public wearing the cost.

I think we all know that's what is going to happen, we are all just scared to admit it.

As I noted in last week’s article, this is potentially heading down the wrong path. We are experiencing a huge demand shock driven by global pandemic, not tight monetary conditions or rising unemployment. Lower interest rates, whilst important for bank funding and liquidity, are not really the solution to this problem right now.

by Audaxes | 17th Mar 20, 12:30pm
"One thing for example would be to buy the banks' assets under the RBNZ's 'term auction facility'. This was done during the Global Financial Crisis and assisted the banks "significantly", Orr said. This basically involves taking a parcel of bank mortgage loans, bundling them up, and putting them on the RBNZ balance sheet. The bank gets cash".

Exactly the thing to do, including other impaired loans, and forget about LSAPs, since the creation of inert, illiquid bank claims to RBNZ balance sheet reserves has proved to be worthless globally. Because: "There were two major evolutions in money and banking that seem to fall outside the orthodox narrative. The first was a shift of reserves and bank limitations from the liability side to the asset side. The second was the rise of interbank markets, ledger money, as a source of funding rather than required reserve balancing: replacing the old deposit/loan multiplier model". Courtesy of J. Snider from Alhambra

Next, the banks should be directed to lend to productive GDP qualifying enterprises without the shackles of less than favourable RWA capital regulation that motivates banks to extend sixty percent of their lending to the most creditworthy one third of households to speculate in the low RWA residential property market.

It encourages responsible lending if the lender has some skin in the game.

Or perhaps capitalise Kiwibank by the amount of quantitaive easing undertaken. Based on the current capital requirements of other banks, this would allow it to lending up to $250 billion or more.

Kiwibank doesnt necessarily have to run at a profit; just charge the cost of government borrowing (say 0.75%) plus an administration charge. At least if the borrower goes bust, the asset sits with NZ inc; rather than the overseas debt slaves (banksters) who are creating a $5 billion per annum hole in our trading account. Thats the equivalent of 40 Fonterras profits, which is our biggest company, and it just doesnt add up.

Its now easy to see who Jonkey was working for, and it wasnt NZ inc.

This is coming down to ideology. And power. The tools are poor laws & inept governance. This will not end well.

the nz govenment curve is the 'risk free' curve that all other lending gets priced off. If you dont know where that curve is, then how do you price a term loan?

The facility the RBA put in place makes sense...provide cheap funding for the banks to fund small and medium businesses at a very low rate. The RBA did that as well as announce the need to buy govt bonds and address the government bond curve.

Accompany that with payment holidays etc and the financial system is doing all it can. Then is up to the government to deploy its fiscal resources in ensuring those workers displaced are suitably looked after... like the UK agreeing to pay 80% of wages for those who are out of work.

'Covid-19 coronavirus: All Kiwis will receive financial support from Govt as NZ braces for level four lockdown'
Good on ya, Grant.

Great post - hope to get the sequel, Raf when the answer to questions in the last paragraph are known.

All I can think of is please, please make the right call on this one, RBNZ/Govt.

And let the public pay the debt obligation.

When did finance and government become so morally corrupt?

I admit I don't know what 'quantitative easing' your talking about.
All I know is that the quantitaive valute of my share portfolio materially eased.

There is no 'good' QE and 'bad' QE, there are just intended and unintended consequences