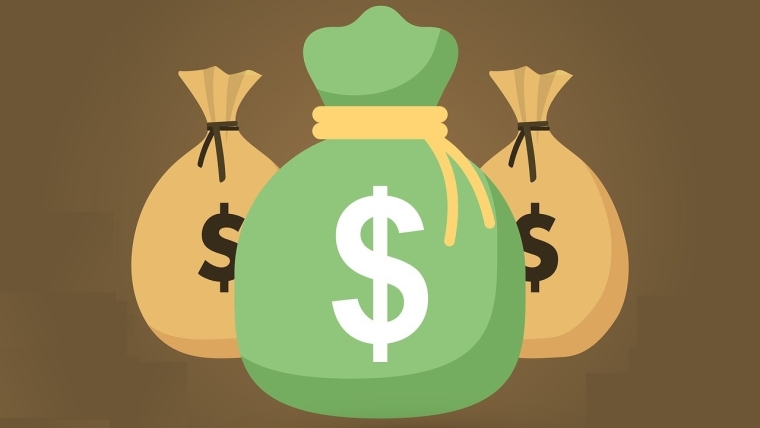 So, it is official. There will be no super big pre-election spend-up from the Government.

Finance Minister Grant Robertson, by putting aside most of the $20 billion 'Covid fund' has ruled out for now any thoughts of 'helicopter money' or large-scale election bribes.

Having committed about $3.6 billion of the Covid fund thus far, he is nevertheless sticking $2.4 billion in his back pocket that can presumably be used to shower a little goodwill on the electorate as we move towards September 19. So, a mini, rather than maxi, spend-up.

That leaves $14 billion, which is a nice Scrooge McDuck-sized vault stuffed with foldables. A rainy day fund.

It's also, as ANZ economists were quick to point out on Tuesday, about a level 4 lockdown-sized amount.

"That would be enough for a repeat of the wage subsidy (around $13 billion has been paid out so far including the extension), and leave a billion or so in change," ANZ senior economist Miles Workman and strategist David Croy said.

However, the two go on to warn that the broader economic impacts of a nationwide second wave (and lockdown) are likely to be much costlier than that.

"Many businesses (and jobs) would not survive – many are touch and go as it is. The calls for Government support would be even louder in this hypothetical scenario, and the fiscal position would likely deteriorate well beyond that forecast in the Budget Update. Broadly speaking, it makes sense to hold back and focus on implementing the already-lengthy list of policy announcements," they say.

They note, however, that should the virus become contained in the future (ie a vaccine becomes available), the Government of the day will need to think hard about whether it should use that $14 billion to stimulate the economy, or limit the already substantial debt burden on future tax payers.

To me, it looks sensible to hold that money to one side.

Planning when you can't plan for anything

I was quite surprised at the level of criticism Robertson seemed to cop for not originally specifying exactly how that $20 billion would be spent.

It seems to me that from the beginning of this pandemic a lot of people - and politicians have been among the worst - have been strident in unrealistically calling for timetables; whether this be for recovery spending, or opening of our borders etc.

People generally have been very slow to get their heads around the idea that the agenda has been and will be set by the virus itself.

If you look at what has happened in Australia with the new surge of the virus then you to realise it would be nothing short of miraculous if we escape another significant outbreak.

So, having the money already set aside for the consequences of us all having another enforced bout of home leave is absolutely logical.

Spending on the road to nowhere

I thought it was symptomatic of the general paucity of understanding around the whole pandemic situation that the National Party in its 'roads, roads and more roads' infrastructure package released last week had immediately seen the Covid fund as 'free and available' money and had targeted big chunks of it for roads. In doing so it has demonstrated a blase attitude that the fund is just a slush fund for, well, whatever really.

I suppose to give the benefit of the doubt, an opposition party is always in the luxurious position of being able to flip flop on what it promised before an election once the Government benches have been secured. "OH, we didn't realise the financial position was as bad as THIS. All change! Sorry, we can't do what we said we would because they've made SUCH a mess!" As techniques go this is very much 'Under New Management 101'. Do something completely different to what you said you would and blame the previous guy in charge. Read some of the announcements on the NZX. You will see companies doing this kind of thing all the time.

But on some level this also shows that the National Party doesn't 'get it' either; that on the subject of this virus, assuming and planning for the worst is not just the best option, but the ONLY option. I would say the odds of that $14 billion being needed to counter the impact of another lockdown are shorter (IE there's a bigger chance) than the odds on us NOT needing it for another lockdown. And believe me, I would love to be wrong about that. Oh, I hope I'm wrong. But as we've seen, this thing's knocking at the door every day with only our thinly guarded borders and an errant shopping trip or two standing between us and another outbreak.

In the meantime, as has been said previously, people are spending, businesses are open, the economy is turning over - albeit missing the big tourism/travel ingredient.

The natural release we do seem to have had of some pent-up spending impulses has meant that any so-called 'helicopter money' showered now on the public might have been a rather wasted effort. I will say again, I have been very pleasantly surprised that people are at least for now spending some money because I feared that people would not spend at all.

But as I said much earlier on, I think the only time we should contemplate helicopter money is when there is confidence that the virus is no longer an over-riding issue. At that point we might need the stimulus and it might really hit the spot.

So, for now, we carry on, grateful that this country is currently better placed than so many.

Actions shape reality. So long as everyone is acting and pretending like something exists, it exists.

Is there an implied promise by Labour that if elected they would spend this for the economic recovery, in case the virus threat goes away ? National has committed to Infrastructure, which pays in the very long term. Whereas spending for growth is quicker to show results. It is an essential policy difference between the two parties. Am I right ?

Bugger, no hand out for me ? Come on Grant, grant me something.

Government has been generous as should have offered subsidies where most needed instead allowing many to manipulate and make profit for themselves.

Role of subsidy should be to act as support / buffer and not Bonus.

By being generous have blown more where not required and which could have been used to more affected industry / sector.

First they go out and distribute money to one and all and now after blowing up the money are trying to cut corner were due particularly now.

Need sensible and responsible government to apply subsidies / help where needed instead of throwing money carelessly to get vote.