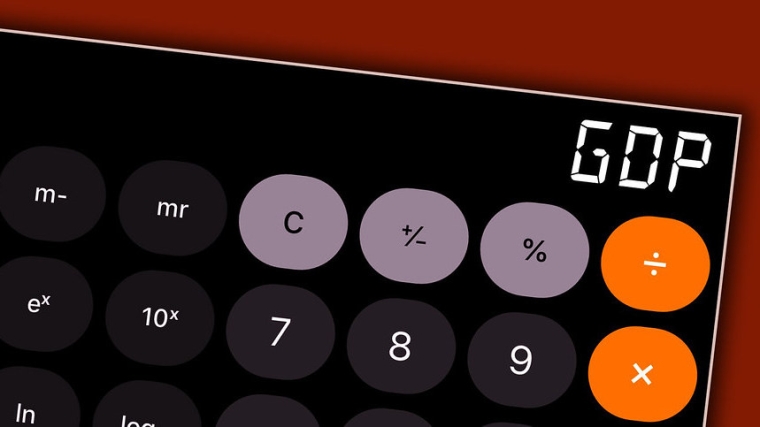 So, will it be a 'double dip' or will we escape a second 'recession' in as many years?

Actually, it's looking increasingly likely we will avoid the double dip.

We'll find out for sure on Thursday (June 17) when Statistics New Zealand reveals the GDP figures for the March quarter. There's always interest in GDP figures, but these will be of particular interest as they carry some ramifications about the potential for inflation and for rising interest rates.

The Reserve Bank in its May Monetary Policy Statement forecast we would, indeed dip into technical recession again - with the technical description of recession being two consecutive GDP figures with a minus sign in front of them.

Remember, for the December 2020 quarter, we had a -1.0% drop in GDP. The RBNZ in the May MPS picked that this would be followed with a -0.6% fall for the March quarter - so making for a 'double dip' recession.

That would make two technical recessions since the start of last year, following the -1.2% drop in March 2020 and the spectacular lockdown-induced -11% plummet in the June 2020 quarter. Of course, the economy then shot back into life with a +13.9% surge in the September quarter.

Economists had long regarded the GDP outcome for the March 2021 quarter as likely being negative because this was seen as the quarter to be most affected by the absence of international tourists due to the closed borders.

But with some lead-up data releases showing surprising strength - notably retail spending - the thinking has been rapidly adjusting to the possibility that the GDP will actually have grown during the past quarter.

If that does prove to be the case it will further put the spotlight on the ultra-stimulatory monetary conditions the RBNZ is currently maintaining.

In its May MPS the RBNZ indicated it would start to lift interest rates, through its Official Cash Rate, from the second half of next year. The OCR has been at a super-low 0.25% since the RBNZ dropped it to that level with an emergency cut from 1% in reaction to the fast mushrooming Covid crisis.

Economists have already been suggesting the interest rates hikes could start as early as May next year - and any strong positive surprises in this week's GDP figures might increase speculation of possibly an even earlier start than that.

However, it's fair to say that at the moment economists are particularly focusing more on developments in the labour market and the potential for wage growth more than the GDP figures per se.

Westpac acting chief economist Michael Gordon and economist Gregorius Steven are estimating that GDP rose by 0.6% in the March quarter, a partial unwinding of the 1% drop in the December quarter last year.

"This would put the level of activity slightly below its pre-Covid peak, and more significantly, about 4% short of where we would have expected the economy to be if Covid hadn’t happened," they say.

This is an upgrade from their initial forecast of a "flat" quarterly result, which was essentially an acknowledgement that things could go either way.

"The absence of overseas tourists was expected to weigh more heavily on the economy over the summer months, but this was countered by an ongoing rebound in domestic demand. The data released over the last week or so suggest that the latter won out over the March quarter.

"There’s still a high degree of uncertainty around our forecast, given the challenges that Stats NZ faces in measuring the impact of Covid on activity. But as we’ve noted previously, we wouldn’t regard a weak result as a sign of a ‘double dip’ recession; rather, the loss of overseas tourism has disrupted the normal seasonal patterns in spending. The flipside of this is that we expect a strong lift in growth through the middle part of this year."

The Westpac economists say in terms of the details in the GDP release this week, they expect the strongest contributions to come from wholesale trade (up 3.9%), construction (up 2.8%) and non-food manufacturing (up 2.3%). They say the strong housing market is likely to have contributed to these sectors in various ways, both boosting household spending and generating demand for construction materials.

"Other positive drivers include the continued strong growth in the public sector, and a 0.5% rise in retail spending, led by hospitality. A lift in milk production boosted the agricultural sector, although food manufacturing overall was held back by a drop in meat and wine volumes.

"The main weak spots in March quarter activity relate to natural resources in one way or another. The mining sector saw a further decline in oil and gas extraction, while low hydro lake levels saw both a drop in total electricity generation and a greater reliance on more expensive sources."

"...NZ’s economy has performed comparatively well over the past year.

"The strong fiscal and monetary policy response over 2020 prevented a sharp deterioration in the labour market, which has supported household demand.

"In addition, countries which have largely kept COVID-19 out, or kept outbreaks minimal, have economically outperformed those countries with widespread outbreaks of the virus.

"Nonetheless, with NZ’s international border closed to visitors, the tourism sector has taken a hit.  But there has been some considerable offset through increased NZ household spending.  Indeed, one of the most surprisingly developments in the Q1 data released over recent weeks has been the strength of the Q1 Retail Trade Survey – which posted an unexpected increase in sales of 2.5%, vs expectations of a decline," Turner says.

ANZ senior economist Miles Workman is picking a 0.5% rise in GDP for the quarter and he says the quarter's data are "likely to have something for everyone".

"From some angles the data will look robust, from others it’ll look soft," he says.

"...The economic vibe looks healthy enough – all things considered. In fact, biting capacity constraints (such as difficulty finding labour, global shipping delays and supply bottlenecks) have arguably become a larger constraint on activity than the demand and income shock. And that means we need to be careful when interpreting Q1 GDP with regards to monetary policy implications, whatever side it surprises on.

"...Importantly, we think the Q1 GDP data is unlikely to have much bearing on monetary policy settings, due to underlying data volatility, the likelihood of non-trivial data revisions, and the lengthy path towards normalisation (whatever the new normal turns out to be). But given the RBNZ’s May MPS forecast of -0.6% q/q, a read close to our expectation (or above it) is likely to keep markets trading with a relatively optimistic tone.

"However, with capacity pressures biting across many parts of the economy, we’re actually in a funny state of the world where a weaker print could be indicative of even less spare capacity than previously expected. That is, this crisis has delivered a significant supply shock, making potential GDP a bit of a moving feast (and highly uncertain to boot), so it’s not as simple as more growth in Q1 equals stronger and sooner inflation.

"We think one of the most significant hurdles to eventual OCR hikes lies in the evolution of the labour market from here. It’s very hard to argue that inflation pressures are sustainable until the labour market is 'tight' and wages are lifting solidly and sustainably. But again, there’s that hard-to-measure Covid-induced supply shock that’s changing the economic landscape – including labour supply.

"Longer run, we expect the supply shock will fully (or almost fully) dissipate, and that a normalising demand pulse (with the consumption basket widening to include more international travel etc) will take some of the wonkiness out of the data," Workman says.

He says the data released being released this week are very unlikely to challenge "the broader narrative" that the economy is recovering well.

Read another interesting article on Inflation below :

Appears that the 'wealth effect' is working, even though savings rates are benign (or non-existent) and people seemingly are living paycheck to paycheck.

It's not the "wealth effect" is working, it's the "free money" is working. Soon enough you will find there is no such a thing called free money.

The 'free money' is the driver of the 'wealth effect.' Personally, I think there are trade offs for the 'free money'. One being the destruction of the value of labor. The RBNZ, govt, media, and general populace are unlikely to agree with me. I'm comfortable with being an outsider.

In 2019, pre-Covid, I thought we would have a bear equities market within the next two years. We just had such a long run up in assets post-financial crisis. By measures like Schiller PE, Trend Growth, the Buffett indicator etc. we where already at exceptional historic valuations in most markets. We'd have a bit of a crunch in assets with associated deleveraging to clear the slate which is a normal market cycle.

Now it's over to the Reserve Bank to decide what asset prices should be comparative to wages.

Normally reserve bank role is to support economy but now, they are running the economy.

Fundamentals have no place in economy for now.

Normally reserve bank role is to support economy but now, they are running the economy.

I like how you expressed this. Sometimes the most simple expressions are the most meaningful and closest to the reality.

Yes, well put. I find it funny that market pricing is completely inverted from the real economy, good news for the economy is panicking to markets.

You and me both. In fact, I started to slowly increase my cash weighting even before that. Now I have around 18% of my total portfolio-incl. a rental- in government bonds and TDs. Yet today, my share portfolio is worth significantly more than it was back then.

All the old rules seem to have been thrown out of the window and it's hard to see how 'normality' will return. I could easily cope with a sharp correction in asset values-say 25%- but a lot would find themselves deep in the mire.

I’ve not changed my rental portfolio. New Zealand has historically under-built for population and demographic trends, there is no sign that there will be any easing of zoning laws or changes to the “new look” RMA to facilitate large scale building projects to fundamentally alter supply/demand. In addition the over-reliance on property as an asset class essentially ties RBNZ to a path of market support. Property is too big to fail. Consequently, I’m likely to remain invested.

Thank you Dairy industry for your 8 dollar payment. Big Govt will now shut you down for all your hard work.