Bernard Hickey picks out the five most important numbers for the New Zealand economy in 2015 that explain the dairy slump, the housing boom and an amazing jump in tourism

Bernard Hickey picks out the five most important numbers for the New Zealand economy in 2015 that explain the dairy slump, the housing boom and an amazing jump in tourism 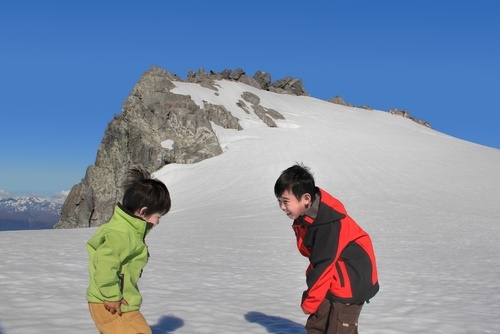 2015 has been a big year for the New Zealand economy, ranging from an extended slump for the dairy payout to a big boom for tourism and Auckland house prices. Here are the five big numbers for 2015 that explain those booms and busts.

That's the reduction in dairy imports by Russia and China over the last year to 10 million tonnes. That's a stunning 44% drop in one year.

Everyone talks about the rise in dairy production by Europe and the United States as a major factor that halved the dairy payout to NZ$4.60/kg over the last two years, but Russia's decision to ban European imports and China's slowdown are big factors too.

The dairy sector is the weakest in the economy right now and faces a second successive year of loss-making payouts. The slump is hitting Taranaki in particular because of the double whammy from lower oil prices, but the West Coast of the South Island is being hit hard too -- along with the coal price slump.

The South Island has been able to fall back on the Canterbury rebuild and the tourism boom, but could not ignore the body blow from dairy.

New Zealand's dairy production is forecast to fall 6% this year and many farmers that can't rely on irrigation will be even more nervous as the El Nino bites this summer.

Average spending per Chinese tourist is now up to NZ$3,700 per trip, which is only just behind the spending by Canadians, Americans and Europeans.

Chinese tourists are now much more likely to be renting cars, camper-vans and are staying 7 to 10 nights, rather than just doing a cheap and nasty 72 hour mini-bus tour of the Rotovegas souvenir shops. Extra direct flights and a change in Chinese Government policy to discourage the cheap tours are factors, along with the much lower New Zealand dollar.

That assumes three people per house.

Unfortunately, Auckland only built an extra 8,900 houses in the last year. That means in the last year alone Auckland's housing shortage increased by 5,600. It was already 25,000 at the beginning of the year.

This shortage is at the core of the biggest social and economic problems in New Zealand's biggest and fastest growing city.

A massive building programme would go a long way to solving the housing affordability crisis, both for renters and first home buyers, and the housing poverty crisis that is the major factor in child poverty.

A big surge of housing supply would make it easier for the Reserve Bank to cut interest rates further next year, given it has financial stability concerns linked to the house price boom.

That's the amount the Reserve Bank cut the Official Cash Rate this year in response to the extended slump in dairy prices, persistently low inflation because of the high New Zealand dollar in 2014 and a big fall in oil prices.

The four cuts in the rate between June and December completely reversed the bank's hikes between March and July of 2014.

The bank denied last year's hikes were a mistake, but the heat is on Governor Graeme Wheeler to lift inflation back near the bank's 2% midpoint of its target range next year from just 0.4%.

Fixed mortgage rates fell more than 1% this year to as low as 3.99%, but some economists expect rates to fall even further next year given even lower oil prices and a higher New Zealand dollar than the Reserve Bank expects.

The election result's removal of the prospect of foreign buyer restrictions and a Capital Gains Tax, along with the lower interest rates and record high net migration unleashed a perfect storm of house price inflation early in 2015. By May, the price shock forced the Reserve Bank and the Government to announce a twin-pronged attack on rental property investors and non-resident buyers.

The jury is out on how long it will stay cool given net migration is still at record highs and Auckland's housing shortage grew by at least another 5,000 to over 30,000.

"" but some economists expect rates to fall even further next year given even lower oil prices and a higher New Zealand dollar than the Reserve Bank expects."""
for a novice like me this is confusing since ASB is raising fixed rates...
wonder if they will drop them again only in case there is another OCR cut next year...

The OCR can fall but the banks borrow externally and if investors wont lend that cheaply retail rates wont drop.

It is not just the immigration of non-citizens. It is the baggage of house buying by settlers, both for personal and investment (many have no English to support other than passive earning) as well as those who have no intention to remain here. Note also they all have a 4 year tax holiday on their external income. All of the money transfers inward probably make the RBNZ think our trade balance is better than it really is.
Just watch the outflow if the Auckland property market does a flip.

and we are awash with milk as it is. NZ rural bank managers might need to be issued diapers.

Why don't dairy farmers just sell their farms to the Chinese and put this money into existing houses in Auckland?
They would get a tax free capital gain of about 20% and a rental return of about 5% and they would not have to get up early in the morning, it is a no brainer as they would be far better off.
This is the National Government's policy making NZ more productive.!!!

Still some interest in dairy farms,
Craigmore raises $50m for NZ dairy fund, despite sector woes
Craigmore highlighted resilient demand for investing in dairy, despite the global market downturn, as it revealed it had raised NZ$75m ($51m) for its second New Zealand farmland fund, 14 months after closing its first.

The New Zealand-based farming and investment group, which owns some 30 farms in New Zealand, revealed the first closure of its second fund, Craigmore Dairy Partnership II, which aims to take its total investment to NZ$350m ($237m) next year.
http://www.agrimoney.com/news/craigmore-raises-$50m-for-nz-dairy-fund-despite-sector-woes--9121.html

I think the chickens will come home to roost for Fonterra in 2016, the $4.60 payout will be unsustainable as the GDT auctions need to lift by about 35% in the next couple of auctions to allow a $4.60 payout which seems extremely unlikely now.
Farm prices are already down about 25% year on year, and falling faster and faster, and the mortagee sales are coming faster and faster too, lots of heart break out there and I think it is going to get much worse before it gets better.

Dec 2012
http://www.nzherald.co.nz/business/news/article.cfm?c_id=3&objectid=1085...
The Chinese company is believed to have paid just over $200 million for all 16 North Island farms.

Dec 2015
http://m.nzherald.co.nz/business/news/article.cfm?c_id=3&objectid=11564446
The Crafar farm saga has finally concluded, with receivers officially signing off from the troubled dairy empire leaving banks licking their wounds after being left $143.3 million short.

heads I win, tails you lose
remembering the sales could have been actioned in much quicker time to the local group...

we can feel proud that we helped.... with our live cow exports to China....
40 yrs of intellectual property in the form of herd improvements with selective breeding... ????
We did good..

Yep! Cows to China, Kiwifriut to South America, we were kind enough to give them a leg up. Unfortunately they now seem to have a leg over us.

Russia,if it wanted to,could be self sufficient in the production of milk.They have land going to waste over there but there seems a reluctance by authorities to do anything about it.

Russia has the aim of being self sufficient in dairy and beef in a very short time. They did wonders with beef and pork supported by low interest loans, they are now trailing them in the dairy and beef sector.
This is a country that used to be the second biggest importer of dairy.

http://www.themoscowtimes.com/article/business/article/the-true-tale-of-...
To give some further relief to Moscow in its sanction ridden economic woes, Indian dairy companies are keen to enter the Russian market, which will allow Russia to deal with its growing food crisis, specifically milk. Currently, Russia is using its relations with Belarus to get around European Union (EU) sanctions, using Minsk as the middleman to plug its gaps. For a small country, Belarus’s imports of milk from the EU reportedly went up by a factor of 573 last year, with the extra supply of course being handed over to Moscow. Belarus at the same time has also become a net exporter of fish, an astonishing achievement for a land-locked country.

Russia Will Be The World’s FIRST Exporter Of Non-GMO Foods, Says President Putin

... and here's a few more numbers. $72bn of debt borrowings in the off-the-balance sheet borrowings department, DMO(Debt Management Office). All banks carrying $391bn Mortgage debt, 6.7% inflation rate for the last seven years & 7 deficits in a row ..... so why do people think Key, Blinglish are good managers?

Jeez, there was I thinking we only owed the banks $200 billion plus change. Do you have a link for that number?

Who would have thought we could afford $22,021,155,000 a year in interest payments? Beats dairy farming, people farming is much easier - the livestock look after themselves and just send you the money each month.

Clever lot those Aussies, we could learn a thing or two from them. It seems our national sport isn't Rugby at all, it's Borrowing The Most. We compete with each other for the privilege of paying our Aussie overlords the most in mortgage interest. In return we get a house, sorry, I mean a home, to pretend is ours.

I get a sinking feeling that events unfolding in the US junk bond space may apply to bank deposit investors here.

Want your money? Sorry, maybe later, if not much later along with maybe not worth that much at all. Thanks for investing! Read more

Shucks, no the Aussie government will look after them. They are a protected species, at least they think they are. I mean, they are the biggest businesses in Australia and Australia ia the lucky country. I mean, Australia is a mining country and you can't go wrong with mining, people always need iron you know. Oh dear.

I think we may see interesting things happen here with corporate debt as the credit implosion in US junk gets going and money gets sucked out of NZ.