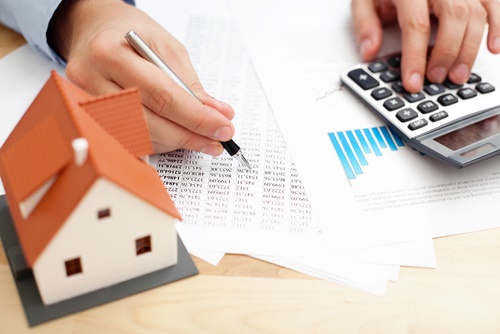 The March figures that will start to emerge next week should give the clearest signal yet as to whether the Reserve Bank's latest efforts to rein in the runaway Auckland housing market are having the desired (by the central bank) effect.

As of November, under new RBNZ rules, Auckland housing investors needed 30% deposits to get a mortgage. And in a more indirect shot at the Auckland market, the RBNZ relaxed the amounts banks could lend to house buyers with less than 20% deposits outside of Auckland. Banks are now, outside of Auckland, allowed to advance up to 15% of their new lending in high loan to value mortgages. Previously this so-called 'speed limit' was 10% right around the country. The 10% limit was kept in place in Auckland. This of course has offered some inducement for house buyers to look outside of Auckland.

The timing of the new rules coincided with the onset of the summer 'silly' season. And the RBNZ made clear from an early stage it wanted to see the February and March figures that would be more indicative of what's truly happening in the market before coming to conclusions on the success or otherwise of its new policies.

The figures the RBNZ is likely to watch most closely are those from the Real Estate Institute (probably likely to be released in the week beginning April 11). The REINZ figures are generally seen as providing the most timely house price information. The February REINZ figures, which were released on March 11, painted a picture of a somewhat softer Auckland market, both in sales and prices, but, conversely, showed much stronger activity across regional New Zealand.

I have said previously I thought it would not be long before the RBNZ was forced to reinstate the 10% speed limit in the rest of the country this year in response to the spreading out of the 'heat' from Auckland. RBNZ Governor Graeme Wheeler, however, appeared rather more relaxed on the subject than I might have expected when asked about it at the press conference for the March Monetary Policy Statement on March 10. Wheeler said the RBNZ was "not considering anything on macro-prudential policy at this point" in relation to the rest of the country outside of Auckland. As a matter of clarification, I should stress that the LVR speed limits are part of the RBNZ's 'macro-prudential toolkit'.

Wheeler went on to say that Auckland had a "very high" house price to income ratio of 8.5-times, while in the rest of the country on average it was just 5.1, making the ratio "70% higher" in Auckland.

“There is more scope in essence for house prices to adjust potentially in the rest of the country,” he said.

Taken as read those comments would suggest the RBNZ is prepared to allow the rest of the country some 'catch-up' time with Auckland. It is an intriguing strategy if that's the case. But equally it should be pointed out that this is a Governor developing something of a reputation for taking the marketplace by surprise. The decision by the RBNZ to cut the Official Cash Rate to a new record low of 2.25% on March 10 came only about five weeks after Wheeler had given a speech that portrayed him as a very reluctant cutter of rates.

It's an interesting mater for debate whether the country is better off having the whole nation's housing market ablaze as it was in the mid-2000s - or just Auckland's as has been the case since 2013.

In terms of the Auckland market, the anecdotal evidence is suggesting some re-emergence of foreign buyers who were deterred by new IRD rules effective from October 1 last year that required them to have an IRD number and a New Zealand bank account.

Likewise, the RBNZ's monthly figures showing the various categories of property buyers taking up mortgages, showed that nationwide (Auckland figures aren't broken out - it would be really useful if they were), the proportion of lending to investors is surging again after slumping toward the end of last year.

In October the money loaned to investors made up just 29.3% of the total advanced, plummeting from 34.4% in September. It was the first time the proportion had dropped below 30% in 2015.

However, by February 2016 that proportion had bounced back strongly to 34.4% again.

This suggests to me, although we should not get ahead of ourselves, that even if the March figures affirm continuation for now of a slowdown in Auckland, a fairly meaningful bounceback in market activity and prices may be just around the corner.

A further complication is the likelihood that the RBNZ will be forced (by the absence of significant inflation) to drop the OCR again - possibly as soon as next month. Of course even lower interest rates would on the one hand further fire the enthusiasm for housing as an investment and also make such investment more affordable.

And it's the appetite for borrowing that will be really starting to concern the RBNZ. Recently released figures show that the ratio of household financial liabilities to household disposable income has now surged to a new all-time high of 162%, and with debt servicing requirements so relatively modest at the moment due to the low interest rates, the potential appears there for this ratio to blow out much further yet.

New sector credit lending figures for February set to be released by the RBNZ on Thursday will likely show a further acceleration in the rate of mortgage lending growth. As of January the amount outstanding on New Zealand housing stock was nearly $213 billion, which was some 7.8% more than in January a year ago. That 7.8% growth was the fastest since July 2008 at the tail of the last housing boom.

The fact is even if the March housing data do provide some relief for the RBNZ, our central bank is likely to face many more headaches from this quarter over the rest of the year. And it's the public that will most probably ultimately need to take the RBNZ's medicine -  courtesy of a fresh visit by our central bank to its macro-prudential toolkit.

"...of January the amount outstanding on New Zealand housing stock was nearly $213 billion, which was some 7.8% more than in January a year ago. That 7.8% growth was the fastest since July 2008 at the tail of the last housing boom."

NZ investors buying up in the regions with decent yields (possibly against massively inflated auckland/chc or now welly equity). Borrow ar 4%, earn at 7%.

Gov's "not concerned about regional house price inflation as affordability nowhere near as bad as Auckland" means this likely to continue unfettered for some time yet.

Good quality houses are still selling well - Auction on my street, neighbour sold for $250k over what they paid. 9 months ago.

Jamesy if this is true does it not sound a bit like the market is frothy, ridiculous?

I have no reason to doubt their number, same number is in this weeks' Harcourts auction results.

Incredibly frothy. And since they purchased before 1 October, that's 250k, tax free.

In AKL.Bottom end still selling. Top end struggling a bit is what I hear. Barfoots at start of month had clearance rate below 40% so not sure things are rampant. I know of some high end property where sellers are happy to take 25% less than 5 months ago. It's not the norm but there is more caution around for sure.
The few property guys I know are more sellers of AKL property and looking to invest elsewhere. Let's face it Govt have said they don't want prices going up significantly so the upside is now relatively limited.

Yeah, I doubt anything is working.

Also, what is that flag looking thing at the top of the page? Is that the New Zealand flag or something?

Why that's the corporate logo for brand New Zealand TM (brought to you by the All Blacks and Sanitarium).

Looking at the RBNZ mortgage data , the April REINZ figures should show an increase in prices including Auckland .Lets be honest this Reserve Bank will not want to see an impending collapse in dairy farming/land prices coupled with a fall in Auckland housing . Interest rates will fall as the RBNZ decides that it cannot have a systemic crash. In normal times this would see the NZD decline sharply, globally its no longer normal. The past models of income/debt/affordability/ Demographia no longer stack up in this market. At present it is all about wealth access to credit and cross country flows .Our Reserve Bank is plankton in a sea of whales.

Auckland median house price will be back to a record high - data from Barfoots and REINZ will show this. Barfoot data should be out Monday. NZ median will also hit a record high and as mortgage interest rates crash to 3.5% prices will only increase further as those with term deposits pull the money out and buy a rental property - it's the only game in town.

You two are dreaming. Overseas buyers are thin on the ground. There is no way a lot of them want to register with the IRD . The thought of our IRD sharing information with overseas IRD regimes is he last thing they want to happen.

Remember mid 2000s. Auckland had boomed and struggled along at 5% p.a growth, places like PN played catch up big time roaring along at 20% p.a growth.

It's happening again as predicted.

All real estate re rated for the lower interest rate environment.

..ypou clearly have real estate investments in PN. Your constant talking up of that market is a dead giveaway. Good luck.... a Wellington earthquake is your best hope.

One area i own in yes, talking my own book, or 'money where mouth is' are other ways of looking at it.

I like HB also, but predicted population growth is well behind PN and less diversified IMHO. Hamilton was good, too expensive now, same for tauranga and wellington, those boats have sailed and with them any decent yields.

I am seeing more and more unoccupied houses in my area - a sign of buyers pre IRD requirement not wanting to get an IRD number to sell?
Also makes you wonder about how the supply shortage is being amplified by some of the housing stock not being utilised.