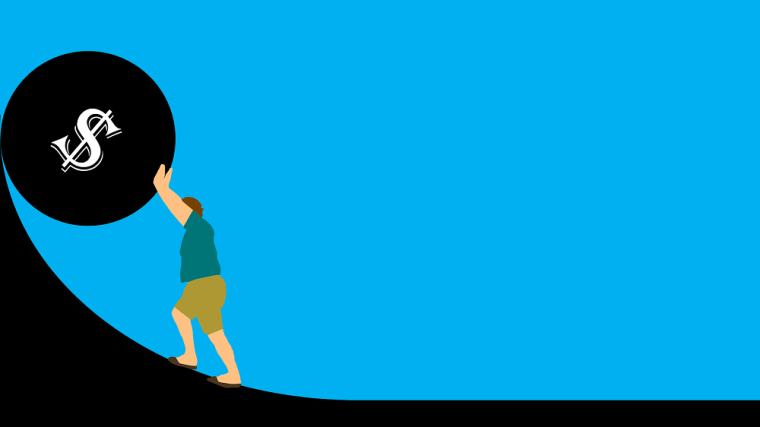 Growth in the total amount of mortgages outstanding hit 11% in the 12 months to the end of April, according to new monthly figures from the Reserve Bank.

The figures were somewhat affected by the fact that figures for April 2020 were so low because of the Level 4 lockdown, but the annual rate of increase had been rising fast anyway.

And in April that annual rate of increase jumped from 9.7% to 11%, while the total amount of mortgage money outstanding to both bank and non-bank lenders reached $311.7 billion, which was an increase of $3 billion in the month.

The rise in the latest month compares with a record $3.7 billion jump in the mortgage stock in March.

The $311.7 billion total outstanding as at the end of April compared with $280.8 billion in April 2020 - so the mortgage stock grew by a thumping amount of just under $31 billion in the year.

But while the mortgage borrowing has been mounting and mounting, business lending (by both bank and non-bank lenders) is continuing to decline, falling at an annual rate of 5.3%, which is the largest annual decline since October 2010.

Agricultural lending amounts also dropped $227 million in the month and by an increasing annual rate of 1.5%. This is largely due to declining dairy lending, which has fallen $1.4 billion (-3.6%) since August 2020.

Annual growth in credit card lending bounced back up to 8.4%, one year on from the nationwide lockdown. 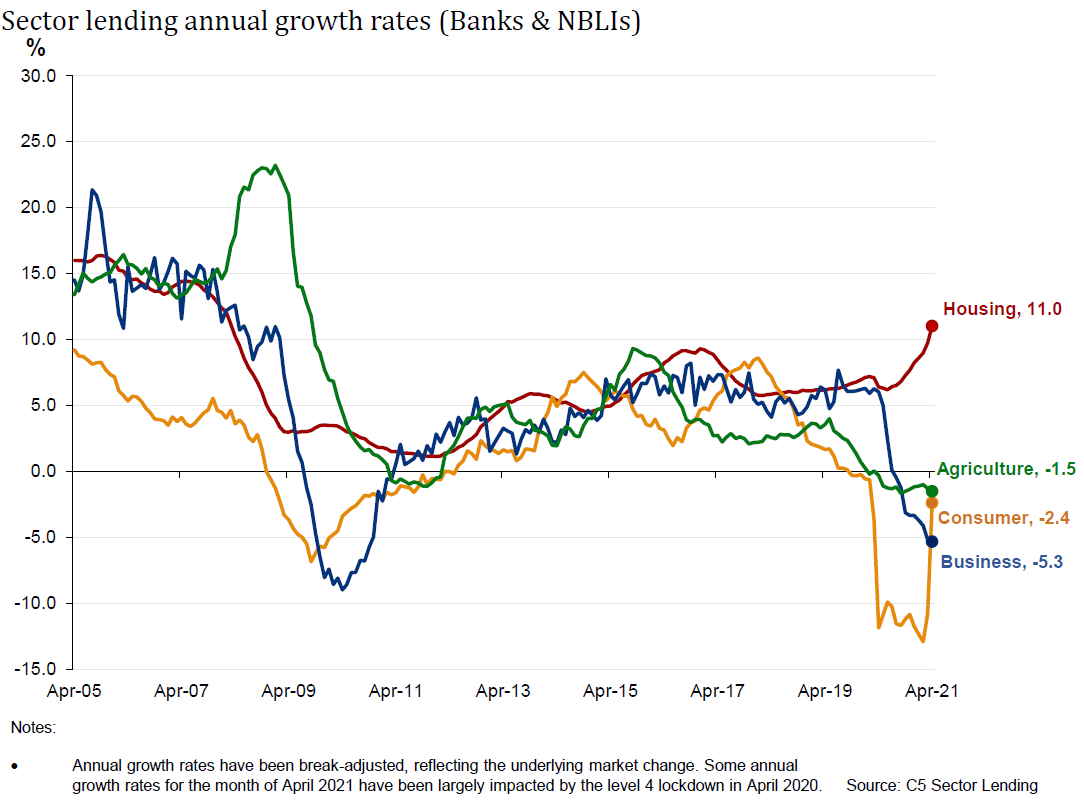 I'm not sure whether to laugh or cry at that graph.

Who needs agriculture or business? Housing to the mooooon!

Yeah. If a graph isn't parabolic on the right these days it looks totally flat to me. I've become desensitized to trends and look only for explosions or collapses.

So QE worked out just as planned....

If that's not government and banking failure in one plot I don't know what is.

Can borrowing for a business using housing collateral end up as a housing loan? This is worse than the housing growth.

Pretty sure that borrowing for a business using a house as capital = a housing loan.

Business lending is pretty much nonexistant for small businesses in NZ.

If its currently under 'business' and not 'housing' then the severity of the detachment between lending to productive vs non-productive activity is even worse than what that chart suggests.

The notes on the RBNZ info sheet suggest that residential property investment is in the 'housing' category. I guess not commercial, though?

Looks like yet to peak, still got plenty of room to go.

So I think what we've seen the last 12 months is a recession in the real economy and hyperinflation in ponzi assets like bitcoin and housing.

Thats correct! NZ has entered a house wealth fog, who know when it clears but when it eventually does, NZ will find its not competitive in business and has very few if any "green shoots" and the rest of the world is racing ahead! Next step then will be to settle for a rich house economy, import house buyers and export young talent!

Tell us something new.

Yawn, 6-month old stats.. the situation is quite different now..

Is there a housing debt chart around which shows the total debt as a line and two bars: 1. amount of debt paid off and 2. amount of new debt taken. .. or anything similar?

To quote Russel Crow "are you not entertained...?" Orr will be remember for a generation for doing nothing while this is happening.