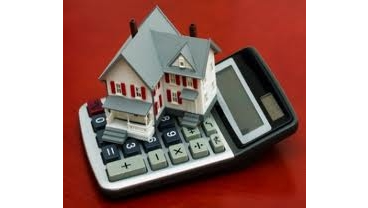 "You're closer to home than you think," the billboard soaring high above Auckland's bustling Karangahape Road says.

The billboard is an advertisement for Westpac home loans. But although Westpac is promoting home loans with loan to value ratios (LVRs) of up to 95% more openly than the other banks, it's not currently the big mover in this market.

Based on the major banks latest General Disclosure Statements (GDS), ASB has that title.  Although several of the banks wouldn't write LVRs above 80% at the height of the global financial crisis, they certainly have been over the past year or so.

Mike Davy, ASB's general manager for lending, said home loan customers with as little as 5-10% deposit were often first home buyers looking to get an entry into the property market.

"This higher LVR lending still forms the minority of our business, particularly where customers have less than 10% deposit," said Davy. "Normal lending criteria apply, including the ability of the customer to afford repayments, and customers will typically pay a low equity fee."

Westpac's latest GDS shows it had NZ$3.3 billion, or 8%, of its home loans at LVRs above 90%. That's up NZ$400 million year-on-year, but as a percentage of its residential mortgage book is down from 8.4%.

A Westpac spokeswoman said the bank had "remained open for business" in recent times, including lending greater than 80%.

"As always, every decision is based on individual criteria including customer experience and affordability," the Westpac spokeswoman said.

Across the same time period Kiwibank's above 90% LVR home loans dropped in value to NZ$465.4 million, from NZ$622.9 million, out of its total NZ$10.95 billion residential mortgage book. And ANZ New Zealand, including both the ANZ and National banks, held its mortgages with LVRs above 90% steady at NZ$4.9 billion.

Kerri Thompson, ANZ's managing director for retail, said "more stringent credit assessment criteria" applies to loans with LVRs over 80%, with lending over 90% on a "case-by-case basis" with the customer’s ability to service a loan the main criteria in each case.

"It is against our and many other banks’ policies to lend to customers where the repayments would be beyond their means," Thompson said. "It is important that we lend responsibly and this is enshrined in our customer charters. It’s in everyone’s interests that customers are financially well off."

Aside from its billboards, Westpac is also promoting up to 95% mortgages on its website which notes you can "borrow up to 95% of the house value in most urban areas".

However,  Annette Kann, an Albany-based Roost mortgage broker, said Westpac - unlike the other major banks - doesn't consider KiwiSaver subsidies as genuine savings for first home buyers. This subsidy amounts to NZ$3,000 for people who've been in a KiwiSaver scheme for three years and means when  it's excluded, it's harder for the borrower to raise a minimum 5% deposit. This means it can be harder for a potential customer to reach the 5% deposit threshold with Westpac than with other banks.

"There's also a big difference between the banks in terms of the low equity premiums are being charged versus loading fees etc," Kann said. "Westpac loads rates, ASB charges fees but then these can be negotiated in both cases as well."

The NZ$2.9 billion annual rise in residential mortgages held by the big five banks with LVRs above 90% to NZ$14.2 billion at September 30 from NZ$11.3 billion a year earlier comes against a backdrop of weak overall growth in home loans.

The rise in high LVR lending also comes with state-owned property valuer Quotable Value saying New Zealand residential property values rose 2.4% in 2011 meaning they're now 3.5% below the previous market peak of late 2007. Values in Auckland rose 4.3% during 2011 ending the year at their highest level ever, 1.4% above the previous late 2007 peak.

However, there have been recent signs of life in the housing market. The Reserve Bank's weekly home loan approval figures topped NZ$1 billion in value for three weeks running in December for the first time since December 2007.

John Bolton, principal and advisor at Auckland-based mortgage broker Squirrel, said bank risk appetite for higher LVR loans had clearly improved since 2009-2010. Bolton said, however, the banks are being more conservative with their borrowers than they used to be, seeking job stability, good debt servicing ability, good incomes, a genuine saved deposit of at least 5%, and people who don't have much other debt.

'Anyone with a pulse'

Bolton said the higher LVR lending on offer wasn't the same as that on offer in the period up to 2007, which included 100% mortgages.

"I still think they're reasonably conservative (now), even at those higher LVRs. What I mean is if you went back to pre-financial crisis banks were lending 95-100% to anyone with a pulse," Bolton said.

Today he said most of Squirrel's clients have deposits of near 10% and no other significant debts.

"One of the big differences between now and three-four years ago is most of the people approaching us don't have car loans, don't have credit card debt. There has definitely been a bit of a shift, - people realise they do need to save deposits. KiwiSaver's a pretty decent chunk of what's helping people."

The typical couple clients have combined annual income of about NZ$160,000 and want to buy a house in the NZ$500,000 to NZ$600,000 range, equivalent to about four times their income, said Bolton.

Despite the banks being prepared to lend up to 95% for home loans, apartment lending remains "quite tight." Bolton said to secure a loan for an apartment purchase in Auckland the borrower generally needs at least a 20% deposit. For non-standard apartments, those of less than 50 square metres, banks will only lend 50% of the purchase price, Bolton said suggesting they remain "spooked" after leaky homes woes and losses on loans to overseas apartment buyers.

State owned Kiwibank, meanwhile, has offered up to 95% LVR lending, and sometimes higher under the Government’s Welcome Home Loan scheme right through the global financial crisis. All Kiwibank's loans exceeding 80% LVR are insured or covered by a Government guarantee through the Welcome Home Loan scheme, a spokesman said. Kiwibank's website notes 95% home loans are available to first home buyers.

"Kiwibank considers loan applications on a case by case basis. Property valuation is important, but perhaps more important is the applicant’s ability to service the loan without putting themselves into financial hardship," the spokesman said. "In recent years we have seen customers choosing to repay their debt as much as possible and choosing options such as revolving floating loans that allow additional repayments at any time and offset products where funds held in transaction account by the customer and associated family members can be used to reduce the level of loan capital incurring interest charges."

He noted an increase in new home buyers in recent months and said Kiwibank had benefited from recent home loan special rate promotions - on the likes of six month and four year fixed-term loans - without providing specific details.

"We (Kiwibank) try and help customers into property ownership through initiatives such as offering first home buyers at the moment a NZ$500 payment toward their legal and other home purchase costs."

Looking ahead Davy said ASB was picking "low-to-moderate growth" in the home lending market over the medium term.

"ASB is expecting to be very competitive in the housing market with a strong service proposition and quick turn-around on application assessment, which customers love," Davy added.

The Kiwibank spokesman suggested international financial uncertainty would continue to influence the New Zealand market with property owners seeking to reduce debts. He said a significant proportion of the bank’s loan book would remain on floating - variable and revolving - rates. Across the industry the percentage of home loan borrowers with their mortgage on a floating interest rate recently rose above 60% for the first time since the Reserve Bank records began in June 1998.

So there you are fellow peasants...forget the Kiwisaver rort...you should be in property flipping..heck as a landlord you also get a fat landlord subsidy from the govt and they borrowed the loot off a bank in the EU and they borrowed a fraction of it off the ECB and they simply created it...magic...poof.

You can't lose with property and the full support of the fools on Terrace and the idiots in the Beehive...it's a capital gain paradise and the banks just love it.

Watch it fall on it's a$$ Wolly. They still believe they can kick it alive but it won't. NZder's are now all Japanese, except we won't have huge exporters keeping us afloat. Infact watch the gradual decline and desperation increase year on year  in NZ . Anything worth a damn will be sold to overseas investors, including water rights soon enough just like they did here in California to German companies.

It's over.............NZder's have no idea just how bad it's going to get for them. They won't be just tenants in their own country, they will be outcasts. The overseas rich will buy EVERYTHING, OWN EVERYTHING and the government will only be too happy to sell for a  song in desperation to keep the useless 'stuck on welfare' milions that NZder's have become voting for em .

The NZ we all knew and loved is dead.

Justice, the laugh in all this is that we have been through it all before...the 1800s....Maori into tribal warfare with sticks and stone clubs sold clapped out muskets to speed the job up..stole land off each other and sold it to the wealthy white fella...

Come this century and the fastest growing ethnic group is also the richest and it's a group with some serious family chain links that promise to flip the population on its head within the century....

So it's not just a case of selling off stuff to the overseas savers in an effort to get the best price...it's also a systematic process of evolving into a nation that will look far more like Singapore !

Kiwi in 2112 will look back and wonder why we today were so dumb...just as we today look back to the 1800s and wonder!!! Let's be honest, if Maori had not been involved in inter tribal butchery, they would not have allowed the musket sella to land.