Government will tip millions of dollars into a new fund to facilitate development of its available land in Auckland: hopes first deal done in six months

Property
Government will tip millions of dollars into a new fund to facilitate development of its available land in Auckland: hopes first deal done in six months 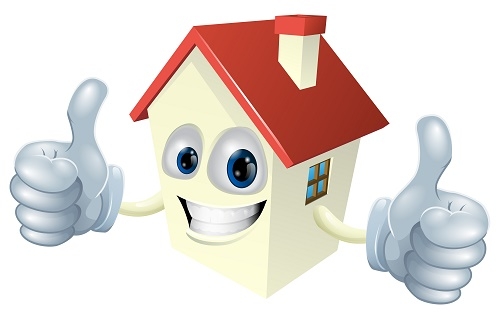 The Government's tipping $52 milliion into a new "capital contigency fund" that will help it facilitate development of up to 500 hectares of state land in Auckland.

And the Government's hoping to have its first development deal agreed within six months.

The move to make the land available was foreshadowed on the eve of the Budget.

Building and Housing Minister Dr Nick Smith says the Government "has had its foot on the accelerator" to address the housing supply and affordability "challenge".

"We recognise the importance of maintaining this momentum to help more New Zealand families into home ownership.”

Smith said it was estimated that the Crown, through various agencies, owns approximately 500 hectares of land in Auckland with the potential for residential development.

“This latest initiative will enable the Government to select vacant parcels of land from the relevant agency and make it available for development by a private sector partner through a competitive process.

“We have demonstrated the success of this approach already in Christchurch with the developments that are currently under way at Awatea, and Welles and Colombo Streets. Fletcher Residential, the Government’s partner on these developments, put forward a proposal to deliver more than 400 homes, with a proportion priced at an affordable range."

Smith said the Government would be looking to "achieve a similar result" in any development agreement that is reached with the new fund.

"We are boosting not just supply, but the supply of affordable homes."

The further added benefit of the approach promoted by this fund was that it would enable development on land that has already been zoned as residential, but with no existing buildings or tenants to manage – meaning houses would be able to be brought to market faster.

“The next step will be to identify the specific parcels of land for possible purchase. Our aim is to have a signed development agreement for the first land parcel within six months.”

The contingency fund announced today is the latest initiative in the suite of measures the Government already has in place to improve housing supply and affordability in Auckland and across New Zealand.

“We have signed Housing Accords with six local councils, including Auckland, which have seen more collaboration between central and local government.

“We are freeing up more land faster for residential development through our Special Housing Areas, increasing skills and productivity in the construction sector, reducing tariffs on building materials, and constraining development charges under the Local Government Act.

"Our KiwiSaver HomeStart scheme, which came into effect on 1 April 2015, provides financial assistance to 90,000 first-home buyers.

“The next key measure is our planned second phase of the Resource Management Act reforms to tackle the long-term issues affecting housing affordability and supply,” Smith said.

Build it, and they will come.

"with a proportion priced at an affordable range". Prepare to be underwhelmed yet again at a small number of small houses priced highly at $500k+"affordable" just like Hobsonville. Wasted opportunity yet again, why not make the whole lot truly affordable/ and give value to 1st home buyers only. This will still be profitable

I can see these being land giveaways with the only benefactors being Fletchers (and the likes) making a killing out of picking up dirt cheap land. It's hardly fair that the Government undercut other developers through these deals ... This will just lead to less development not more.

How about addressing the ridiculous development contributions local councils charge instead?? Or reducing the unnecessary compliance costs forced by health and safety do gooders and enviromentalists etc...

Exactly - as I said before, the government should contract out the physical work of sub-division but retain the title to the land/sections - and set up a ballot (with certain qualifying criteria) or some such other mechanism to sell the land at cost-recovery (not market) prices. Purchasers should then be allowed to build their own dwellings - no covenants should apply.

It will eventually look like the organic/diverse neighbourhoods that are so sought after these days.

New homes are never going to be "affordable" compared to do-ups. Unless whoever builds them accepts a lower profit than what the market would provide? Why do people expect a new house/apartment to be cheap where the developer takes a loss?
The only way that prices will come down by the mechanism of excess supply is when there really is excess supply. (Which is not yet). It will take time plus measures such as what the RBNZ and govt have just announced.

The government propose “facilitating” development of 500 ha. of Crown land in Auckland for residential housing. Bold move or not?

The short answer is no with a slight possibility of yes.

So let’s take a look at the plan. Or we would if there was one. No details have been released although potential development partners can meet with Dr Smith in the next fortnight to find out more. Both the government and Auckland Council are still working through the list of land holdings to see what can be developed. For example some of the land will be subject to Treaty settlement provisions and must be offered to the relevant iwi before it can be on-sold so that land won’t make it into the scheme. What has emerged to date is that the process will either be a formal “design and build” contract or, more likely, a loose PPP where the developer is also the marketer. The government has signaled it will retain ownership of the land during the development process. It is not clear whether it will formally sell the land to the developer or the end purchaser although I suspect the former.

How big is this plan? Although some commentators have talked up the size of this project compared to Hobsonville Point or Tamaki Redevelopment it’s actually a minor contribution to Auckland’s housing needs. If all 500 ha could be developed then they might produce 6,500 dwellings on 600 sq m plots. To be fair there has been some talk of medium density development which would push this number above 10,000. But even 10,000 dwellings is a drop in the ocean in Auckland.

Auckland’s housing requirement is an immediate 20,000 houses (Auckland Council) or 80,000 houses (BNZ’s Tony Alexander) to alleviate the existing overcrowding. Technically, to get Auckland’s dwelling occupancy rate of 3.0 in line with the national rate of 2.4 occupants per dwelling then 116,000 dwellings are needed….today. On top of that Auckland needs to accommodate population growth. Current estimates for Auckland’s population are the addition of an extra 1 million residents over the next 30-35 years. That’s 333,000 dwellings at an occupancy rate of 3.0 or 416,000 dwellings at 2.4.

So if you are content with the current levels of overcrowding and all the social, health, education and economic problems it causes then Auckland needs about 335,000 new dwellings over the next 30 years. If you have higher aspirations (e.g ‘Most Livable City’) then something closer to 530,000 dwellings are in order. Auckland Council plumped for 400,000 in 2013. But it really doesn’t matter which way you cut it the government’s one-off injection of maybe 10,000 dwellings is a side-show. It’s not even equal to one year’s target production in the Auckland Housing Action Plan.

But maybe it will do something to reign in the wild property market? Extremely unlikely. The land-bankers and speculators have this government pegged; they know it would be political suicide for National to ever be blamed for a drop in the paper wealth of Aucklanders. The land-bankers will be confident that, while this program will deliver some new dwellings to the Auckland market, it won’t be in the sorts of quantities that would affect the overall market. In the meantime the existing land-owners and developers will carry on as usual. Indeed one of the most public land-bankers, Fletcher Building, will likely get one of the nods as a developer for the government.

Perhaps we will get a solid injection of affordable housing into the Auckland market? Perhaps. Bear in mind that the current official definition of “affordable” in Auckland seems to be somewhere about $450K or 6 times the median household income. The problem is that the median price for an undeveloped section in Auckland is now $475K. So, if they were to simply act as developers in their own right, the government could expect to receive $2.5bn – $4.5bn just for the sections alone. Even after ponying up for the costs of developing the land including financial and development contributions this will be a healthy windfall. Wafer-thin surplus anyone? 2017 election anyone? To make a dwelling on these sections affordable would require the government to forego the market value of our (the taxpayers) land. Even if the government were inclined to do so any implicit subsidy would be quickly taken by a combination of the government’s partner developers and Auckland’s property insiders. Two years and one day after being built the “affordable” houses would be indistinguishable from the rest.

It is pretty obvious that this initiative is purely political. It is no surprise that Auckland Council have been evaluating the development potential of the various plots of Crown land for the last 6-8 weeks. The timing coincides perfectly with the halfway point of the Auckland Housing Accord (31 March 2015) at which time it would have been obvious to everyone that that the programme is a fizzer. It must be bad because two months later we still don’t have the quarterly monitoring report for the Jan-Mar quarter. In an ideal world Auckland Council would have issued 19,500 building consents for residential dwellings by the halfway point of the Accord. The actual number is 11,320 (a smidgen over 62% success). The government and the Council gave themselves some leeway by including in their targets consented sections that had yet to have dwellings planned for them. But, it seems that plans for subdivision have not come flooding in either. At the current rate of progress the 39,000 dwellings built that Dr Smith trumpeted just before the Accord was signed will turn into about 22,000. But, if they get their skates on, the government could lodge enough applications for subdivision consent on its own land that the Accord might just get over the line. Mission accomplished. And a budget surplus and some pork for the next election as a bonus.

What about that possibility of upside? To all intents and purposes this is Kiwibuild-Xtra-Lite. The government lost the institutional capability of building good value houses when it disemboweled the Ministry of Works and Development back in the 80’s. This experience may teach them that the government can be involved in the housing market without the Earth’s foundations crumbling to dust. And they may regain some of that capability. But I doubt it.