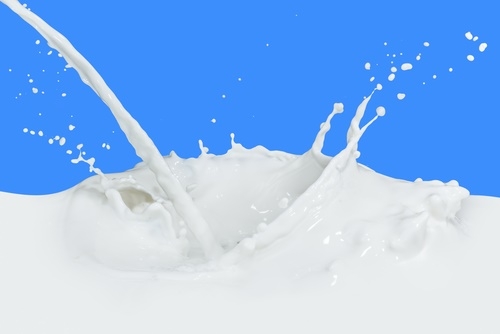 Westpac economists have raised their forecast milk price for this season to $5.30 from $4.30.

The rise in global dairy prices overnight, which saw the GDT Index climb another 9.9% and Wholemilk Powder (WMP) firm 12.9%, was the fourth consecutive gain in the GlobalDairyTrade auction after prices had fallen at 10 consecutive auctions and bottomed in early August. This had sent milk price forecasts for the season ahead tumbling.

But on September 24, after the previous GDT auction, giant dairy co-operative Fonterra revised its forecast milk price to farmers for this season up to $4.60 from the previous forecast of $3.85. However, Fonterra also updated and revised down its prediction of milk production, having earlier forecast a drop of 2-3% on last season's output.

Chairman John Wilson said on September 24 the co-operative was now picking a drop of "more than 5%" in the current season.

ANZ rural economist Con Williams said the "price jockeying" on the futures market for WMP prior to the announcement of this week’s GDT volumes signals that the powder market remains hyper-sensitive to New Zealand supply conditions and GDT offer volumes.

"The slow start [to production] means peak milk supply is unlikely to be as strong as previous years, which will weigh on annual production. Nevertheless, early season comparisons can often be misleading. Market expectations are for a 5-10% decline in annual milk supply, and we are currently at the lower end of this range. Ultimately, the weather will have a greater say this season, given lower use of supplementary feed and an industry focus on pasture as the lowest cost feed source. Lower cow numbers in milk this season will also have an impact."

Williams said there continued to be concerns about the possible impact of El Nino this summer too.

"At this stage it is a risk. It has to be remembered under a ‘typical’ El Nino pattern this would affect around 40% of New Zealand’s milk supply - a large proportion of which is irrigated in the Canterbury region. Therefore, the effects could be quite localised and might not have an outsized impact on national supply."

Williams said that "all up", the slow start and limited GDT offerings were expected to continue to be price supportive for now, especially while it was current the European seasonal lull for milk supply and seasonal high period for Chinese milk imports.

"From a monetary policy point of view we have the RBNZ in temporary 'pause and reflect' mode for the time being before a further [Official Cash Rate] cut is delivered next March.

"We view rebounding dairy prices as challenging the need for further immediate OCR cuts given that low dairy prices were a huge reason behind the RBNZ cutting rates in June, July and September."

But Williams said that irrespective of the timing of OCR moves, two points were still relevant:

"First, we see rates remaining low for an extended period.  Second, the risk profile for the OCR is skewed beyond simply one further cut.  That reflects the global scene, with the IMF cutting its global growth forecasts and saying the risks remain to the downside."

AgriHQ dairy analyst Susan Kilsby said the The NZX Dairy Derivatives market indicated that WMP prices would reach US$3,000/t before the end of 2015 and remain above this level for the remainder of the season.

“This is good news for dairy farmers as US$3,000/t is about the price required for most farms to break even”.

“The lift in the AgriHQ 2015-16 Farmgate Milk Price is primarily driven by market expectations of further gains in dairy commodity prices through the rest of the season,” Kilsby said.

The US$2824/t price achieved for WMP in the latest GDT auction is some 77.6% above the US$1590/t price in early August when the market hit lows.

Prices have now regained most of that which was lost during the 10 consecutive falls. At the beginning of March the WMP price was US$3272/t.

The overall GDT Index is some 62.8% up on the August trough, but still 13.3% below the level in early March.

Westpac senior economist Michael Gordon said that the lift in forecast milk price to $5.30 by the Westpac economics team was based on assumptions of:

"With global milk production still ample and demand subdued, we remain sceptical about a sustained rebound in dairy prices. Our milk price forecast of $5.20/kg for next season remains unchanged," Gordon said.

We appreciate market commentary, but where is the paragraph about the buyers, their view, concerns and thinking?