A 12.4% plunge in the price of Whole Milk Powder leads overall dairy prices down 6.3%; analysts see any recovery in prices as difficult while there is a surplus of supply; economists downgrade milk price forecasts

Rural News
A 12.4% plunge in the price of Whole Milk Powder leads overall dairy prices down 6.3%; analysts see any recovery in prices as difficult while there is a surplus of supply; economists downgrade milk price forecasts 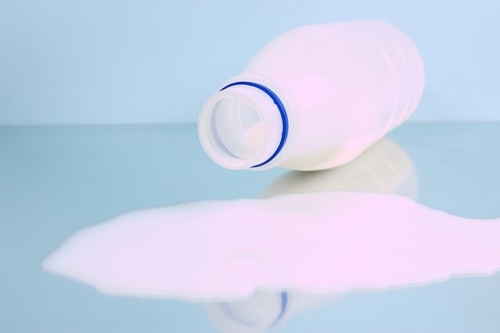 What was predicted to be a poor overnight GlobalDairyTrade auction turned out even worse than pre-event indications, with the key Whole Milk Powder price plunging 12.4%.

The results have quickly had big bank economists downgrading their forecasts of the potential milk price payable to farmers this season.

The WMP price dropped below the US$3,000 per tonne mark for the first time since October last year.

Having rallied strongly in the back end of 2016 the WMP price has now slumped 22% so far this year.

"The result confirms that Fonterra's decision to hold their milk price forecast for the current season at $6/kg milksolids (MS) was the right one to make," she said.

"To see prices falling again before the market has fully recovered will be a disappointment to farmers.

'Difficult for prices to recover...'

"While one poor result doesn't have a huge impact on the milk price it will be difficult for prices to recover quickly while there is surplus product available.

"Last night's result shows just how tightly balanced the market is - there just isn't the depth of demand in the market to absorb any extra product at the moment."

ANZ senior economist Philip Borkin said NZX Futures trading was heavy in the days leading up to the latest auction as sentiment had turned on the back of improved supply prospects and Fonterra bumping up volumes on offer.

"Therefore the biggest uncertainty ahead of the event was whether Chinese demand would be sufficient enough to absorb that additional volume. The short answer: not well it seems.

"While the 6.3% fall in the headline GDT-TWI doesn’t seem terrible at first blush, with it boosted by gains in the likes of butter and BMP, it masks larger falls in whole milk powder (-12.4%) and skim milk powder (-15.5%).

"In fact, for some of the contracts, product was either ‘limit down’ (only trading at the opening price of 15% below the previous auction closing price) or did not clear at all. If not for this, price falls could have been even larger!

"How could sentiment have swung so negatively in such a short space of time? Hey, perhaps this event is not really a true reflection of market conditions.

"New Zealand dairy products were enjoying a decent price premium to the rest of the globe, so this could just reflect unwind of that.

"Or maybe the timing of Chinese New Year has led to a quirk in Chinese demand that will just be temporary. We’ll have to wait to see. Even so, this auction is certainly providing plenty of food for thought."

AgriHQ's Kilsby said normally at this time of the season the volume of product being offered on GDT starts to fall away but improved milk intakes in recent months mean Fonterra has more product available to sell than previously anticipated.

Many grades of product failed to lift from their opening prices which are typically about 15% below the price achieved at the previous auction.

There was 22,328t of product traded at the March 7 event, nearly 10% more that was traded at the February 21 event. Despite the poor prices the majority of the product offered was traded.

"The NZX Dairy Derivatives market had anticipated a weak GDT result but the prices attained overnight were even lower than expected. Going into the auction futures market participants had priced in a 8% fall in WMP (Regular grade Contract 2) and a 12% fall in SMP (Medium heat Contract 2) for product supplied by Fonterra. However the results were even weaker than this," Kilsby said.

Most economists had been predicting a higher price than the $6 Fonterra is currently forecasting.

BNZ economists dropped their forecast of the milk price ahead of the latest auction to $6.10  from a previous pick of $6.40.

Among the other big banks, Westpac had been forecasting a $6.20 price, ANZ economists have  a current expected milk price this season of $6.25,  while ASB economists, for a long time the 'bulls' in the market, who had stood alone in forecasting a $6 price much earlier in the season when the average consensus was for a much lower price, lifted their pick shortly before Christmas to $6.50 price, but then put this up for review for a possible downgrade.

The downgrades were quick in coming after the GDT results.

Westpac economist Sarah Drought: "As a result of the recent price declines and a softer near-term outlook, we’ve revised down our forecast for this season’s farmgate milk price from $6.20/kgMS to $5.90/kgMS, slightly below Fonterra’s of $6.00/kgMS. While we’re still looking at an improved outlook for farmgate milk prices next season (2017/18), we’ve pared back our forecast from $6.50/kgMS to $6.10/kgMS, although this far out the uncertainty bands are wide."

ASB senior rural economist Nathan Penny: "This summer has been a good one for the key NZ dairying regions. In fact, recent rain and moderate temperatures have helped farmers recoup some of the early season production losses. For example, we recently lifted our production forecast for the season to a 2% decline on last season, from a 5% drop forecast at one stage.

"However, higher production is a double-edged sword. That is more than anticipated milk quickly translates into lower dairy prices...

"...We expect relatively healthy global dairy prices over the second half of 2017 and beyond. In that sense, we expect the milk price to take a detour downwards in the short-term i.e. this season, but our healthy forecast for next season remains in place.

To see prices falling again before the market has fully recovered ..."

Recovered to what exactly? Past debt binge induced prices? Chinese appetite for ever more debt is the thing they should be watching to forecast where commodities prices will head

If skimmed milk powder prices do not recover longer term then diary farm prices will correct lower to reflect the lower ROI.

NZ farms have never reflected the ROI. The real farming profit is from cap gain on the land. The farm revenues just there to provide the cash flow to keep itafloat until collection time.

Ahh, what?
Are you sure about that?
Farm values are most certainly closely indexed to their ROI. Any understanding of the data would reveal this to you.

Ummm, you guys are both wrong - ROI includes Capital Gain & Cash gain - the fact NZ's FRS do not mark to market is beside the point.

Farm values by and large have only one determinant of value - how much will the bank lend. When the banks are positive and supportive farm values go up, when they want to reduce their exposure to rural lending farm prices go down. Sure not every farmer has debt but enough do to influence the market.
Great example was last spring when all the experts expected large numbers of distressed dairy farms to be pushed onto the market with a resultant fall in value. Instead the banks held their nerve and now the lifting payout has helped rebalance supply and demand. Some of those distressed dairy farms are coming on the market now but vendors are getting better value than they would have last year. Simple economics - if the banks like a particular industry its price goes up.

Yea, "how much the bank is willing to lend" is a function of your ability to service the debt not of whether they "like a particular industry" or not.. Thus, it is a function of period ROI.
Your example only shows that as a result of downward pressure on interest rates, serviceability of debt was manageable.

We will disagree on this. I have seen banks make a decision to lessen their exposure to an area of farming and then "encourage out" farmers even where they are not yet in default. The banks are making decisions based on their own expectations or interpretation of future events. I am not a bank basher. Though I have seen up close the personal effects of their decisions. I can directly quote my bank - when discussing farm prices the bank has no opinion, as a buyer I can pay whatever I want, they are not concerned about ROI they are focused solely on your ability to repay the loan, which only relates to the amount of the loan. The security offered and personal qualities such as integrity and honesty.
Whether the ROI is 1% or 12% is largely irrelevant.

Yes while it is a relief for those distressed farmers that the payout has increased, they should be looking over their shoulder at the banks as now that they might get a good price for their farm the bank might consider it a good time to call their debt....

Simply NZ Dairy cannot keep bagging dried milk powder for export and not expecting major swings in profits.
Fonterrrra tried to get its farmholders to understand that a separate company developing lines of prepackaged branded consumer produce
was better for both profitability & stability yet farmholder shareholders said no. So now $NZ rises & falls around bulk dairy world prices as usual & this now well into the 21st century !

When you build three of the biggest WMP dryers known to man and demand 4% year on year production increases you really leave yourself no choices do you.
Splitting off may have worked well for the value added side (presuming Fonterra ever learn what you that is beyond talking about it) but would have been a huge disaster for the milkprice and those that rely on it.

I dont pretend to understand the futures market. But crikey check this out www.nzxfutures.com/dairy/quotes That cant be good.

And this depreciation has not fed through to the NZ$ value in any meaningful way ...