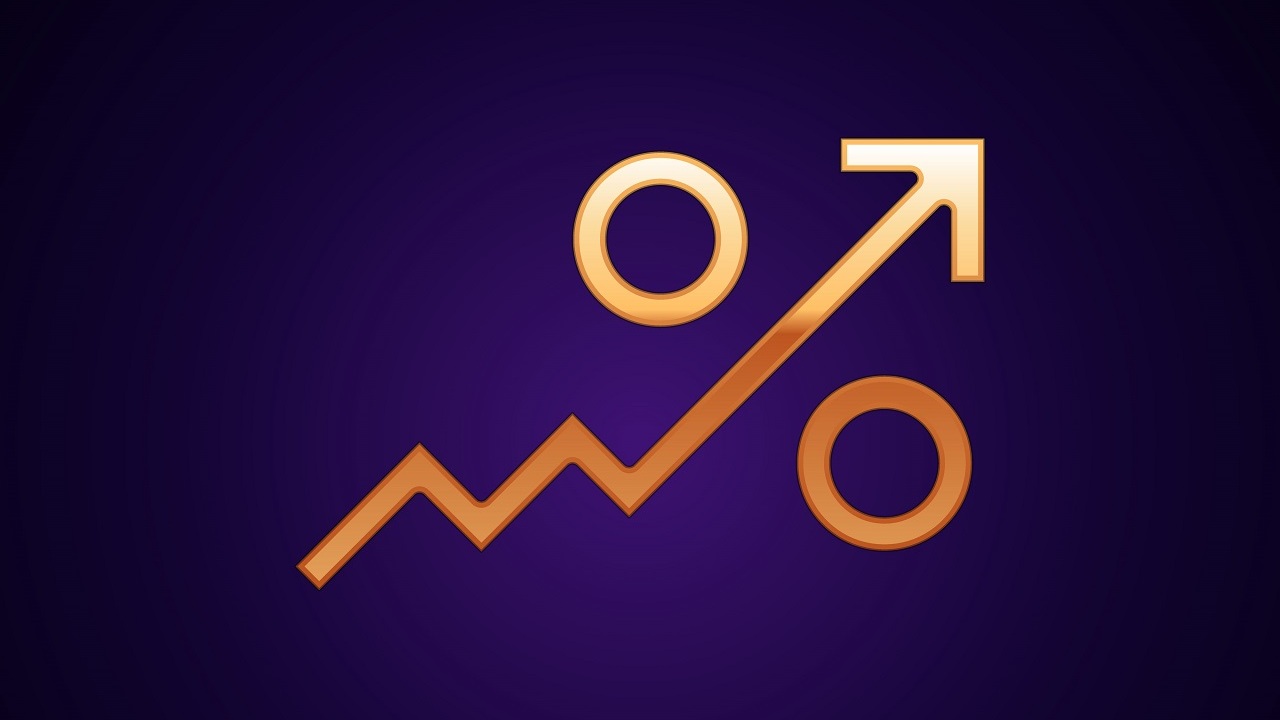 Westpac economists have responded to the latest labour market figures that show strong wage increases by raising their forecast peak for the Official Cash Rate from 3.5% to 4%.

And the Westpac economists, like economists at the ANZ, expect that a 4% peak will be achieved by the Reserve Bank (RBNZ) hiking the OCR by 50 basis points at each of the remaining reviews this year (next month, October and November). The OCR is currently at 2.5%.

If that is what happens it will mean six consecutive hikes of 50 bps by the central bank, and a total of 325 bps this calendar year - which will easily be a record rise for the OCR in a calendar year. In fact we've already seen a record rise so far this year as the previous biggest rate hike in a year was just 150 points way back in 2000. The OCR was first introduced in 1999.

In its May Monetary Policy Statement the RBNZ forecast the OCR peaking at just under 4% by the middle of next year. At the time most economists had been of the belief that the central bank would not need to go as high as that, but views have been gradually shifting. And the first of the major bank economists to forecast 4% by the end of this year were ANZ.

Current pricing in wholesale interest rate markets is pointing toward a peak OCR of a little over 3.8% by early next year.

"Setting aside a slightly higher than expected unemployment rate [of 3.3%], the details point to an economy that’s running up against capacity constraints, and the upward pressure on wages is intensifying," he said.

"We now expect the Official Cash Rate to reach a peak of 4.00% for this cycle. That can be achieved through 50 basis point hikes at each of the three remaining review dates this year.

"There is a risk that the tightening stretches out into the early part of next year, although we think that by then there will be a substantial body of evidence that the domestic and global economies are slowing."

Kiwibank economists - chief economist Jarrod Kerr, senior economist Jeremy Couchman and economist Mary Jo Vergara - in their review of the labour market figures, reiterated that they expect the RBNZ to deliver another 100 bps of tightening to 3.5% in this cycle.

"The risk is clearly higher, however," they say.

"We will review our forecast following the RBNZ’s August monetary policy statement.

"The RBNZ may choose to ignore the crisis in confidence, with both business and consumer confidence at recessionary levels, and plough ahead with rate hikes to 4% (or above). The RBNZ is resolute in the need to tame the great inflation beast. And the only way they know how, is to lift interest rates.

"We remain wary of the risk of overtightening.

"The RBNZ has had great traction in the rates rises thus far, with mortgage rates more than doubling from the lows of last year. Most mortgagees roll off fixed rates this year, and onto much higher mortgage rates.

"We expect the rampant rise in interest expense to have a significant impact on household consumption. Indeed, we are already seeing some signs of belt-tightening in our spending tracker."

Imagine The Fed Raising Its Rate All The Way To 4%

Bank reserves were "abundant" (Fed term) during the worst parts of the worst global monetary crisis since 1929-33. Reserves were abundant but global panic. So, what good are reserves? Interest rates, some say, even tho evidence for that is nil, too. Link

Audaxes, your posts and the chart you linked sound very interesting. However, I am afraid I don't understand what you are trying to say - could you explain a bit please?

If we want to read zerohedge and global times links, we know where to find them.

Exactly my pick a month or so ago. 5% 1 year TD rates by Christmas. Good news for all those who were putting up with 1% only 2 years ago.

"The RBNZ is resolute in the need to tame the great inflation beast. And the only way they know how, is to lift interest rates." They may not be alone.

The Bank of England will on Thursday be forced to admit that inflation will remain high for far longer than previously predicted as it increases interest rates for the sixth time in a row....

From The Daily Mail:

Bank of England is set to make biggest hike in interest rates for 27 years to 1.75 per cent tomorrow as experts warn inflation could hit 15 per cent

Wow. Probably a lot to do with Gas prices ? Uk and Europe all rely on gas for heating in the winter which is just starting and Russia knows it.

The level of stupidity is reaching new highs.

We have a central bank that thinks increasing the cost of living is the best way to reduce the cost of living, economists that think the solution to high international oil prices and a mismatch between jobs and available workers is to throw more kiwis on the dole, and politicians competing to show how ignorant they are by spouting simpleton reckons on Govt spending being automatically inflationary.

If the interest rate curve (wholesale rates) was not so inverted by short term rate hikes one could suppose the discounted present value of future liabilities would be falling over the distant economic forecasting horizon.

I have some sympathy for the view that the natural rate of inflation is zero. It also seems pretty clear that monetary policy creates the very instability that it purports to sooth.

The natural rate of inflation may well be less than zero as innovation occurs and production efficiency increases.

If the OCR goes to 4%, then the residential construction sector will collapse by mid 2023, and unemployment will soar above 7-8%.

HM the residential construction sector is already in trouble, 18% increase in building costs is killing it anyway. People have had plenty of advanced notice now to re-fix their mortgages and if you have not seen this coming by now you have been living under a rock.People can handle 6-7% rates eventually if they kick the can down the road.

You don’t need to tell me it’s in trouble, I know that as I work in and around the sector and predicted it from early 2021.
It will be in much more trouble if interest rates hit 6.5-7%. Watch pre-sales on multi unit developments get absolutely slaughtered if interest rates go that high.
it will be 2023 before things get *really* ugly for residential construction

Carlos, advance notice is good and well. However, one problem of NZers is that banks here only allow them to fix for a maximum of 5 years, whereas in the USA or Germany (for example) one can fix for 15 years or longer.

Apparently it's because Kiwis don't want to fix longer than 5 years.

At least not at the prices that have even been on offer for long fixes.

yes, House Mouse, I am afraid you are correct again.

But we also though the solution to deflationary forces caused by globalisation was to lend more and more money domestically as debt against a property bubble.

So is the stupidity happening now - or has it just happened for the past 20-30 years and is coming to an end?

I would say 50 years - the point at which the Chicago school took over with their monetary policy reckonomics.

I seriously hope that the whole charade is coming to an end. I get optimistic the more commentators in NZ recognise that poverty and involuntary unemployment is a feature of our economic system not a bug.

I reiterate what I have said multiple times before and since the end of 2021, NZ will be in a deep recession in 2023!  Hold me to account in 12 months from now.  There is going to be too much money sucked up by rising mortgage interest payments for people to buy goods and services, this will lead to business closures and redundancies.  Our main problem is the DELAY in seeing and reporting the effects the current OCR rises have on the economy (that's why it will hit us in 2023).  House prices will also correct substantially!

Such a gloom goblin Yvil - you really should lighten up (sarc)

But then again - if anyone who wasn't a property spruiker would suggest such a thing might happen in the past, then we legitimately were a doom gloom merchant in the eyes of the spruikers which seems odd.

For the purposes of consistency - I hope the spruikers now label you a DGM and tell you that you have no credibility to make such bearish remarks about our economy and property market.

If they don't, then all that has been happening in the past was a form of tribalism where property spruikers were grouping together and attempting to silence people who might scare people away from buying into their money making financial ponzi.

Having fun with your "DGM" and "Spruiker" labelling?  How about discussing issues instead?

Man, you take yourself far too seriously.

Agree. And there will be a massive impact on the residential construction sector ( which will have big flow on effects through rest of economy).
Selling 2 bedroom shoeboxes at 800k with a mortgage of 700K at 2.5% interest rate is one thing, trying to sell same shoebox at a 6.5-7% interest is quite another…

Btw I heard from an acquaintance in Wellington, today, that new development is slowing up big time there.

One of your best comments.