Global rates fell sharply overnight after BoE Governor Carney warned that an intensification of trade tensions had the potential to “shipwreck the global economy”; NZD is unchanged from this time yesterday

Global rates fell sharply overnight after BoE Governor Carney warned that an intensification of trade tensions had the potential to “shipwreck the global economy”; NZD is unchanged from this time yesterday 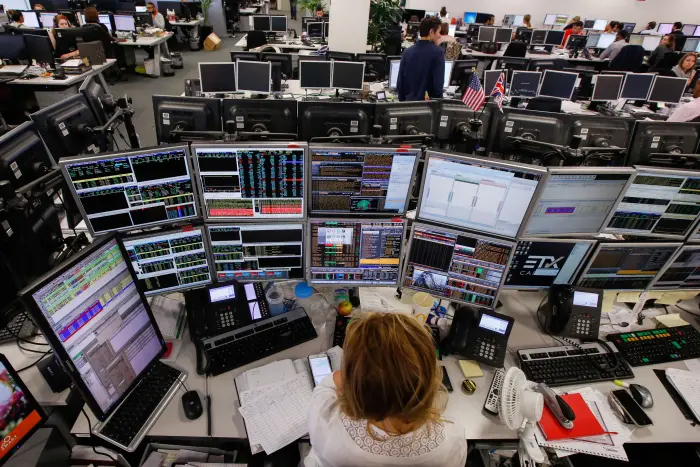 Global rates fell sharply overnight after BoE Governor Carney warned that an intensification of trade tensions had the potential to “shipwreck the global economy”.  Equity markets have been steadier, supported by the prospect of monetary policy easing by major central banks.  The RBA cut its cash rate yesterday to 1% and said it could cut further “if needed.”  The RBA’s change to a conditional easing bias has given some modest support to the AUD.  The NZD is unchanged from this time yesterday, despite a disappointing QSBO survey.

Global rates have had another lurch lower overnight, with the 10 year Treasury yield falling 5bps to 1.97%, near its lowest levels since late-2016.  The moves in US Treasury may have been exacerbated by thin liquidity, with market participation lighter than usual ahead of a shortened trading session tonight and the Independence Day holiday on the 4th of July.  On a session with little trade-related news and no major US data, the moves in Treasuries appeared to be in response to a 9bp decline in UK gilt yields after BoE Governor Carney painted a downbeat economic outlook in a speech, warning of downside risks to global and UK growth and the possibility that trade tensions had the potential to “shipwreck the global economy.”  The market has moved to price a slightly better than even chance of a BoE rate cut (to 0.5%) at its November meeting, which would bring it into line with other central banks planning to ease policy.  A sharp fall in the UK construction PMI, to its weakest level since April 2009, only added to the gloomy market sentiment.

In Europe, German bund yields fell another 1bp to a fresh record low of -0.37%, but the larger moves in the government bond market came in the peripheral countries, with Italy falling another 13bps, on top of yesterday’s 13bp fall.  The sharp falls in Italian yields follow news yesterday that the populist government had agreed to make changes to its budget to comply with the bloc’s rules and in order to avert financial sanctions from EU.  Additionally, the prospect of further ECB rate cuts, and even more negative rates, is likely to create demand for higher (positive) yielding bonds, including Italy.  The Italian 2 year yield briefly went into negative territory for the first time since the new populist government was formed.  57% of the European government bond market, by face value, is now trading at negative yields and, by our estimates, around 35% of all developed market government bonds.

In contrast to the sharp fall in global rates, equity markets have been more stable overnight.  The S&P500 is currently flat on the day, following modest gains in most European and Asian indices.  The energy sector (-2%) led declines on the S&P500 after a 5% fall in Brent crude oil.  Defensive sectors outperformed, including real estate and utilities.  For all the heightened concern about trade tensions and global growth, the S&P500 remains within a whisker of its all-time high and the VIX measure of implied volatility sits just above 13, a low level on a historic basis.  The equity market clearly expects more central bank support to be forthcoming if growth continues to deteriorate.

The USD has reversed some of its sharp rise yesterday, although bilateral currency moves have been fairly contained.  Both the DXY and BBDXY indices are 0.1% lower on the day.  The Japanese yen has outperformed (+0.5%) amidst the fall in US Treasury yields, while BoE Governor Carney’s speech has dented the GBP (-0.3%), which was the only currency to fall against the USD overnight.  The EUR (+0.05%) reversed an earlier rise linked to a Bloomberg report which claimed the central bank’s current thinking was to leave rates unchanged at the upcoming meeting this month before cutting in September.  The market prices a 30% chance of a 10bp rate cut by the ECB this month, with 13bps priced-in for the September meeting.

Yesterday, as widely expected, the RBA cut its cash rate by 25bps, to 1%, at its Board meeting yesterday.  In a change to the previous statement, the RBA said that it could adjust monetary policy further, “if needed.”  Later, in a speech in Darwin, Governor Lowe repeated the message that the Board was prepared to ease further if needed, in essence expressing no urgency to move in the near term. Our NAB colleagues expect the RBA to cut rates to 0.75% in November, which is similar to market pricing.  In his speech, Lowe again called on fiscal and structural policies to share more of the burden in supporting the economy.  The RBA’s more conditional easing bias has supported the AUD, which is 0.35% higher over the past 24 hours, the second-best performing currency in the G10, although it has drifted lower since meeting resistance at 0.70.  Australian bond futures have underperformed the moves in global rates overnight, with the 10 year futures yield only 1bp lower, despite the 5bp fall in US Treasury yields.

Locally, there was little reaction in the NZD to yesterday’s QSBO survey, which pointed to a continuation of the growth slow-down in NZ.  The NZD is unchanged from this time yesterday, at 0.6670.  NZ rates fell slightly yesterday, with the 2 year swap rate down 0.5bp to 1.35% and the 10 year swap rate down 1bps to 1.79%.  The QSBO’s domestic trading activity indicator covering the past three months fell to -4, well below its long-term average of +11 and consistent with annual GDP growth running somewhere around the 1% mark (well below both our and the RBNZ’s forecasts).  Trading expectations for the coming three months fell to -4, the first negative print since the 2008/09 recession (although still significantly above the levels reached at that time).  All-up, the QSBO reinforces our expectation that the RBNZ will cut the OCR to 1.25% at its August MPS, with the growing risk of further easing beyond that.  The market currently prices a terminal OCR of just below 1% by mid-2020.

Finally, European leaders agreed that Christine Lagarde, the current head of the IMF, will be the next ECB President, replacing Mario Draghi when his term ends at the end of October.  Lagarde’s appointment is still to be confirmed, but the announcement will be a relief to those worried about the outside chance that Bundesbank President Jens Weidmann could have taken the helm.  Lagarde has been openly supportive of past unconventional policy actions by the ECB, including OMT and QE.

The ADP employment report and ISM non-manufacturing survey are the highlights in the session ahead, and liquidity is likely to be low with the US cash market closing early.

Cuts to interest rates now of marginal impact, as equity in housing market (and hence banks asset base) falling faster and will overtake interest cut impact. The central banks have reached end of the line. As defaults (due to marginal increases in interest rates on non-publicised debts of corporates ) rise, the pile will topple over. All debt is held up by revolving of renewal at (for last 10 years) LOWER rate. Not any more. Game is rapidly approaching end phase. Lack of demand from consumer, I am afraid, is not solvable by stoking more debt. Needs real increases in wages or disposable income, which elites and business class have been denying since 1980s in NZ and elsewhere (esp USA.) So, demand deficits now being deepened by ageing pop retiring in ever greater numbers and sitting on their wealth. Plus the $35t sitting in offshore tax havens meaning governments borrowing to stand still. Hence democratic deficit. This is what happens when you let the powerful run economy in their interest and regulators get captured. People drank the Kool aid but now they are getting nauseous