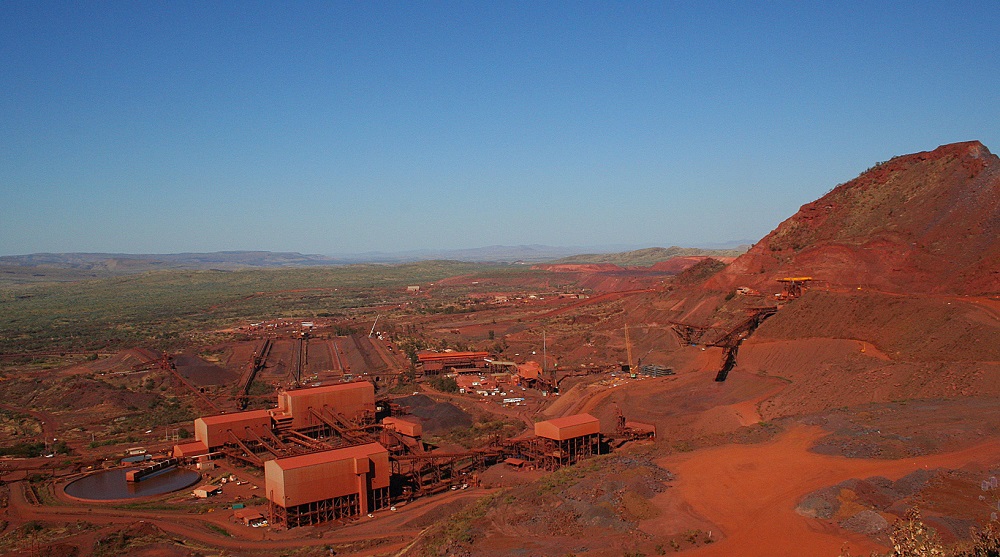 The lucky country once more: There's gold in that iron ore in them thar hills

The Kiwi dollar has outperformed most other major currencies against a weaker US dollar on global FX markets over recent weeks.

Evidence of the outperformance is confirmed by the sharp increases in the NZD cross-rates against the Euro, the UK Pound and the Australian dollar over the past month. The NZD/EUR cross-rate rising from below 0.5800 at the end of June to 0.6025 at the close of trading on Friday on Friday 19th July.

The gains by the Kiwi dollar have not necessarily come about due to superior New Zealand economic news, however inflation was at the upper end of ranges at +0.60% for the June quarter and dairy commodity prices have reversed to higher levels.

The NZD/USD rate has moved from a downtrend to an uptrend in recent weeks, and that in turn has caused unwinding of speculative short-sold positions (as this column has previously highlighted as a likely source of NZD buying). In particular, the Kiwi dollar has followed the AUD higher against the USD as the volume AUD/USD short-sold positions have been reduced by traders.

Sentiment justifiably shifts in Australia from gloomy to positive

The mood and sentiment towards the Australian economy and thus the Aussie dollar has started to change in recent weeks.

Over the last nine months there has been a plethora of very gloomy predictions for the Australian economy falling into a hole from tumbling house prices and high household debt levels.

Forecasts of the Aussie economy sliding into their first recession since 1990 and the AUD collapsing to below 0.6500 as a result were commonplace.

This column has consistently taken the “glass half-full” approach to the Australian economy over recent months, citing the dramatic increase in their mining commodity prices as a reason to be more optimistic on the economy and thus the AUD.

Australian employment data for the month of June released last week confirmed that a wider audience is now recognising the positive forces currently in the Aussie economy outweighing the negatives.

Even though overall jobs increases were less than expected, the fact the there was a strong increase in full-time jobs in the mining states of WA and Queensland was enough to send the AUD higher in the forex markets.

Residential property prices increased in Sydney last month for the first time in two years, confirming that the downward correction in property has now run its course.

The stunning election victory for the incumbent Liberal/National Government, income tax cuts and a booming resources sector have all combined to turn things around in Australia.

The spectacular increases in the Australian dollar prices for iron ore, coal and gold over recent months are not only producing massive positive cash flows and profits for the mining companies, however, they are boosting government royalty revenue inflows and stimulating investment into new mines.

We have seen the Australian dollar appreciate strongly in previous commodity price upcycles when foreign capital inflows flood into Australia from China, Japan and Korea to build new mines when the profit returns move sharply upwards.

The Aussie dollar depreciated more than all the other major currencies against the USD over the last 18 months (falling from 0.8000 to a low of 0.6700), it therefore has a lot of catching up to do.

Expect further gains for the Aussie dollar from the current 0.7040 to near 0.7200 against the USD over coming weeks as more currency investors and speculators recognise the Aussie positives.

The largest risk to local NZ exporters is a continuation of the recent gains to above 0.7000 as we follow the AUD higher. Opportunities to increase hedging percentages at 0.6500 were there for the taking.

The prospect of lower US interest rates and thus a weaker US dollar were reinforced last week with US Federal Reserve voting member John C Williams stating that the Fed will make preventative and pre-emptive cuts against the increasing global risks affecting the US economy.

Just as well the Fed increased their interest rates last year, as this now provides them the ammunition (interest rate reductions) to help the economy when it needs it.

The next Federal Reserve FOMC meeting on 31 July will see the first of several 0.25% reductions in US interest rates over coming months.

The renewed easing in monetary policy by the Fed will please President Donald Trump who has openly criticised not only the Fed, but also The Europeans and Chinese for deliberately weakening their currencies to help their economies.

The previous “strong dollar” policy stance by the US Government is now out of the window and some pundits are speculating that Trump may instruct direct intervention in the currency markets to weaken the US dollar’s value.

Such an extreme move seems unlikely, but anything is possible with this unpredictable and random President.

The justification for US interest rate cuts is more to do with global economic risks increasing (caused by the trade wars instigated by Trump) than a weaker outlook for the US economy on its own. US economic data remains mixed with consumer spending remaining strong, however manufacturing weakening due to the import tariffs on component parts.

Chinese also have the ammunition to stimulate

Chinese economic data released last week indicated that their monetary and fiscal stimulus packages to help the economy over the last six months are finally starting to have a positive impact.

The Chinese have recognised that the tariffs and trade wars are already forcing US companies to shift their sourcing away from China to Vietnam and Thailand.

An indication of the negative impact the trade wars are having on global import/export trade and activity levels was seen recently with the Singaporean economy contracting by an annualised 3.4% in the June quarter. Singapore is the dominant freight/logistics and services hub for Asian trade region.

Having bounced back up again from 0.6500 on three separate occasions over the last nine months, the Kiwi dollar has confirmed its resilience and evidenced that it is under-valued vis-à-vis its economic fundamentals at such low levels.

Forecasts of a much lower NZ dollar value against the USD may have been justified 12 months ago when the US were increasing their interest rates. That situation and scenario has now completely reversed, thus further NZ dollar appreciation is more than likely against a weaker US dollar in global FX markets.

"Residential property prices increased in Sydney last month for the first time in two years, confirming that the downward correction in property has now run its course"

If Oz booms then Kiwis will fly the Tasman. Sufficient reduction in NZ population and the problems with NZ infrastructure go away too. Of course Auckland house prices will sink further but families out of garages and cars will be a bonus as will climate change targets. NZ has a symbiotic dependence on Australia and always will unless our own exports grow significantly. But then Australia is in much the same economic dependency on China & India buying their mining resources.

It has been much discussions in the chatting channels that the Aust Lib govt will try to put some restrictions on the number of Kiwis coming over in this government term, very much similar to what they did in 2000. Their Immigration Minister had in the past expressed his opposition to kiwi coming freely to Australia.

... their Minister for Home Affairs is Peter Dutton , that ultra creepy creature of the night fellow who nearly became their PM ....

"Sydney housing correction has run its course"
Sorry Roger but I think you will have cause to regret that hostage to fortune.
Take a look at what price of tin is doing
Then what default rate is doing in China on bonds government refusing to bail out.
So, Australia is supposed to rely on mining iron ore that China can build stuff they don't need because they spent the last 11 years building cities they cannot occupy.
Supposedly the consumer is King: well, the consumer is mixed out credit wise and wages ain't rising.
What are house and apartment SALES doing in Sydney by the way?
A market means buying and selling.
What has happened to their sales since the trade war started?
Also, could it be that NZD is strong because:

1. Interest rates are higher here than US and EU
2. USD dollar is weak because FED is about to cut again under Trump pressure and he is talking about need to devalue dollar?
3. NZ government debt is only 21% of GDP
4. International finance likes NZ government because of low property taxes, Neo-liberal onsets on non-state intervention since 1986, feeble structure for public spending; quango-used State agencies run by private sector companies with zero accountability when they mess up.

I didn't have the patience to point out as such:)

17 central banks are slated to cut underlying interest rates in the September quarter. The RBA which has fully embraced its peers , having reduced its OCR from 4.75 percent in 2011 thru to its current historic 1.0 percent may also continue.Thankfully everything that required fixing by central banks is now all hunky dory. The currencies to watch over the coming weeks are CHF and JPY. The AUD/NZD cross which often finds its way into Rogers musings , and frequently moves opposite to those musings looks set to retest lows . Gold should only benefit.

The real speculative play has been on gold miners: EVN, NCM, NST, OGC, and GDX. The media isn't saying boo about it. The mainstream media typically writes demeaning content about gold.

WA produces 40-odd percent of the world's Lithium (in raw, unrefined form) from two modest holes in the dirt: Greenbushes (Talison) and Ravensthorpe (Galaxy Resources). They'll need a few more 'oles with lithium at the bottom of 'em to power up all a them EV's that will be affordable Really Quite Soon.....

So it's not just iron ore, coal and gold, although they get the headlines.

Roger, 10/10 for spotting a dead cat when it's bounced. Shame on you for suggesting it can fly.

"Run its course" wow big statement based on a little data. Disappointing analysis. There are plenty of macro and micro economics at play for the market to keep going down, but let's grasp at the first little straw instead.

What drugs is Roger on, I want some

Residential property prices increased in Sydney last month for the first time in two years, confirming that the downward correction in property has now run its course.

Can I borrow your forecasting crystal ball? Because it seems to me that they could fall again, but you seem to be 100% sure that this is the bottom.