Roger J Kerr says the NZ dollar now looks undervalued again, with the major downside risk being if the Reserve Bank is gloomier at its OCR review this week than the market expects

Roger J Kerr says the NZ dollar now looks undervalued again, with the major downside risk being if the Reserve Bank is gloomier at its OCR review this week than the market expects 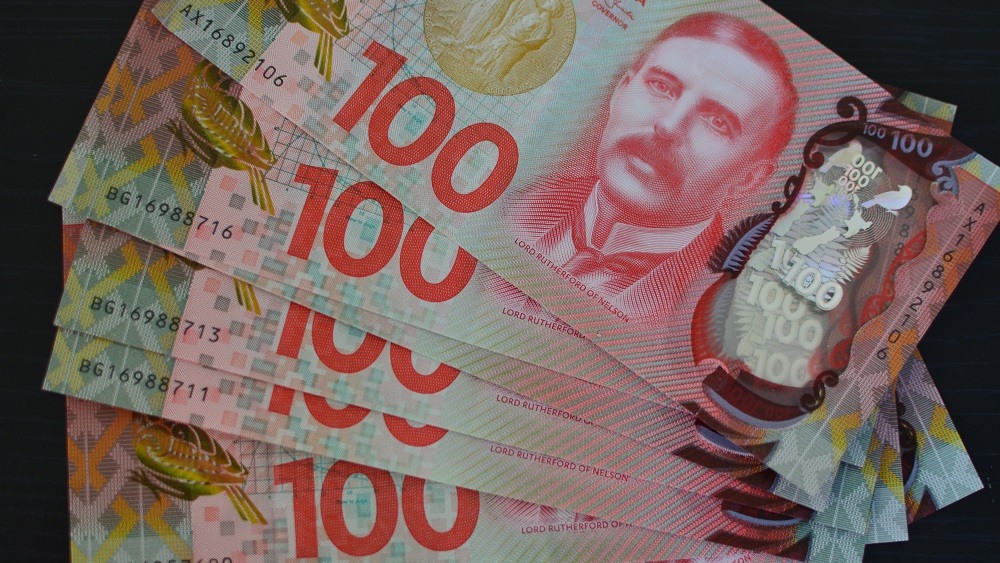 The Kiwi dollar has been slammed down hard over the last two weeks on the global foreign exchange markets in a three-punch combination of events (some perhaps foreseen, others not anticipated as a risk as they border on the bizarre).

The first negative for the NZ dollar was the local monthly business confidence index for July falling away to fresh lows and to some signalling that the economy was sinking.

The reality is that main headline index of sentiment, where business firms are asked for their views on general economic conditions going forward, has been at an extreme negative position for the last 18 months. In July it dropped another 6 points to -44%. Nothing has changed in this respect, however the headline on the newswires was enough to cause Kiwi dollar selling on the day.

The headline business confidence measure collapsed after the Labour coalition government came into power in late 2017 and has never recovered as businesses still see uncertainties from government policy changes in labour laws, immigration and foreign investment. International trade/tariff uncertainties would have also added to the negativity.

The main index has never been an accurate predictor of growth in the economy and it has been totally wrong in indicating a major downturn in the economy over the last 18 months.

Despite offshore uncertainties, the economy has performed very well, not at the 4% GDP “Rockstar” growth rates of a few years, however the 2.5% expansion over the last 12 months still rates very well on a relative scale to other countries. The more accurate measure of business confidence where business firms are asked about their own activity levels going forward, remains in positive territory at +5% (down 3 points in July).

Industry sectors trading well and expanding in the NZ economy include the major sectors of agriculture, horticulture, services, tourism and manufacturing.

Business profit margins are certainly squeezed in retail and construction and this is where the negativity stems from. There are concerns about the availability of credit and this headwind is largely self-inflicted on the economy by the Reserve Bank of New Zealand’s proposed increased capital requirements on the banks. Business owners throughout New Zealand could be excused for thinking that policy makers in Wellington are making life unnecessarily challenging for them for no discernible benefit to the overall economy.

The art of surprise on your enemy is a well-proven tactical ploy in warfare.

However, when President Trump shook hands with Premier Xi Jinping a month ago in Japan to get the US/China trade talks back on track, not many would have anticipated the outlandishly provocative additional 10% tariff announcement last week from Trump as a deal enhancing tactic!

Obviously frustrated at the slowness of the Chinese to buy large quantities of American agriculture exports (as earlier agreed), the wildly unpredictable US leader decided to instigate a high stake leveraged threat directly at the Chinese.

The Chinese have so far refrained from any aggressive response.

The trade wars went from “uncomfortable to scary” last week as the equity markets and US business increase their worry about the damage that is being done to the US economy.

Any escalation in the trade wars is negative for the NZD and AUD and both currencies lost ground on Trump’s tweet from “left field”.

Trump wants to be seen as the hero who won major changes to the trade relationship with China. His bizarre new tactics may work. However, if they do not and the Chinese dig in for the long haul, tariffs stay in place and his re-election chances sink with the inevitable slowdown in the US economy.

The US dollar strengthened against all currencies on Thursday 1 August when the first US interest rate cut for 10 years was duly delivered. However, the accompanying commentary from the Federal Reserve about the likelihood of further cuts was not as clear as the markets were anticipating.

The Fed termed the 0.25% reduction as a pre-emptive “mid-cycle adjustment”, and thus failed to meet prior market expectations that this would be the first of a series of interest rate decreases to keep the economy going.

As always, whether the Fed make further cuts and the timing of those cuts will be totally dependent upon upcoming economic data over coming months.

US employment trends are starting to show a slowing with the average job increases over the last three months of +160,000 per month, the lowest in three years.

Services, healthcare and hospitality jobs in the US are still growing very well, however major industrial, manufacturing, retail and mining sectors have weakened.

The Fed will need more evidence of a slowing in the economy before signalling more interest rate decreases. However, signs are clear that US business investment and manufacturing is being hurt by the trade/tariff uncertainties, so expect a weaker USD when the Fed are forced to adjust their rhetoric to a more dovish tone.

The Fed was not overly dovish, neither should the RBNZ be

The Kiwi dollar is once again back at 0.6500, a level that it has bounced back up again from on three separate occasions over the last nine months.

The three blows to its value detailed above do not appear to be permanent or fundamental economic changes that would suggest the exchange rate will fall further.

Like the previous selloffs to 0.6500, the Kiwi dollar is again appearing undervalued due to short-term and unsustainable factors.

If there is a risk of further Kiwi dollar weakness in the short-term, it will be the RBNZ delivering a Monetary Policy Statement on Wednesday 7th August that is gloomier on the economic outlook than the market expected.

Both GDP growth and inflation have been higher over the last nine months than the RBNZ have forecast.

The OCR interest rate will be cut by 0.25% to 1.25%. However, that is already fully priced-in to the NZD/USD exchange rate.

A balanced statement should be expected from the RBNZ on the economic outlook with the negatives of low business confidence, trade wars and skilled labour shortages more than balanced out with the positives of high export commodity prices, super low interest rates and government fiscal/infrastructure spending.

NZ June quarter employment data on Tuesday 6th August should record a bounce back upwards from the weaker figures in the previous quarter.

I just looove relentless positivity. And Roger's view on the NZD definitely provides that, consistently, constantly and without falter - week in, week out.
It's like he cuts and pastes the same conclusion each week - just changing the reasons.

Roger has a "positive"attitude. He kicks negative attitudes like Dan Carters kicks. Remain positive Roger and positive will prevail.

If that fails, there's always morphine.

Roger, I am no fan of Trump but you seem rather more keen on trashing his actions than those that provoke them - that is what China been up to since entering WTO and breaking many of its rules on open trade since, esp re currency fixing. Kiwi is getting hit, in structural terms because it is too closely linked to performance in Aus which in turn is dependent on resource consumption in China. GDP number is a rear view mirror and through windscreen the prospects are not rosy scenario

We're never going to hit any export targets with our overvalued $NZD/$USD; The TWI should have been lower over the last couple of years to give exporters some reserves, and to produce more needed inflation from the import of 'shiny toys' (new double-cab utes, SUV's, electronic gadgetry,etc). Among the most clamorous, but misguided, cheerleaders of a higher $NZD (besides Roger) have been the BNZ economists pontificating from their Wellington ivory towers where they are insulated from the real world by civil servants on exorbitant recession-proof salaries.

But, cheer on the NZD, regardless of the underlying reality. As we have seen, at least Mr. Kerr is right via the proverbial twice a day... although in the digital age, Mr. Kerr may only be right once a day now.

USD/CNH just jumped the 7 . Fx getting a little volatile

This is less about the domestic economy and more about protecting NZ from the stimulus in our trading partners. The RBNZ just has to follow as it cannot afford to watch the Kiwi appreciate and suffocate trade.