Roger J Kerr says as 'growth and commodity' currencies, the Kiwi and Aussie dollars stand to gain as businesses around the world have the confidence to invest again as economic risk reduces

Roger J Kerr says as 'growth and commodity' currencies, the Kiwi and Aussie dollars stand to gain as businesses around the world have the confidence to invest again as economic risk reduces 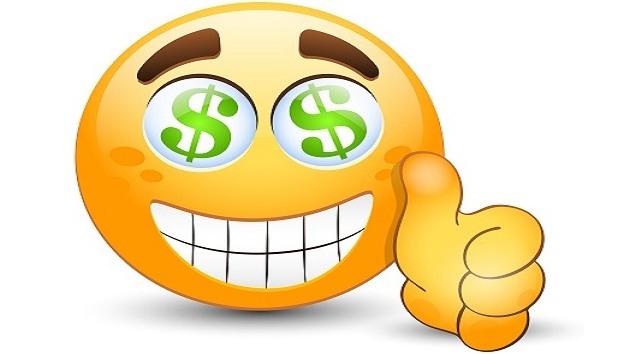 The Kiwi dollar jumped to a 4½ month high of 0.6630 against the US dollar last week as the good news for the currency kept rolling on in.

Global financial market and economic risks took a major step down as the Phase One trade deal was agreed between China and the US and the UK election result finally means an end to the Brexit uncertainty and squabbling.

As “growth and commodity” currencies, the NZD and AUD stand to gain as businesses around the world have the confidence to invest again with the reduction in economic risk.

Over the last two years global GDP growth forecasts have been consistently revised downwards as no-one really knew where the trade wars would lead to.

The de-escalation in trade tensions between China and the US signals a major change in both investment market sentiment and economic growth prospects.

Over the last two years the US dollar has been regarded as a safe-haven currency to be invested in whilst global risks were elevated with the trade wars. The rationale and reasons to hold USD’s has now much reduced and therefore a major unwinding of USD currency positions is likely to be a feature of foreign exchange markets over coming months. The Japanese Yen was also a safe-haven currency and it has already started to weaken back.

Whilst the Phase One trade agreement between China and the US may be “skinny” on the detail at this point, the significance of the agreement is that both parties have been prepared to compromise to reach a deal before the US was due to commence additional tariffs on Chinese goods on 15 December.

Weaker economic numbers and the swine fever impact on food supplies has meant that the Chinese have been more prepared to deal after two years of haggling with the US.

On the other side, as this column has advocated for some time, the Trump administration would eventually realise that tariffs and protectionism were negative for the US economy and thus Trump’s re-election chances in November 2020.

A global economy slowing up towards recession was never in China’s best interests, therefore they have compromised and sped up the reforms to make trade and investment a more equal playing field. It has taken almost two years to reach a resolution, however the change marks a significant turning point for the global economy and thus the outlook for the Kiwi dollar.

Negatives for the Kiwi dollar have ended - what lies ahead…

The two variables that forced the NZ dollar down to lows of 0.6250 in early October and have hung over the currency have now fully run their course and the clouds have shifted away: -

Over the last two months the smart money has come to the same conclusion as the views expressed in this commentary piece, that the NZ dollar was undervalued and well oversold vis-à-vis its economic fundamentals at levels in the 0.6300s and 0.6400s.

There has been a stack of evidence over recent weeks that the NZ economy did not slow-up too much at all through the middle part of the year and therefore the RBNZ’s August panic-attack was not justified.

To give them credit the RBNZ did hastily revise their economic outlook to a much more positive tone in their November monetary policy statement.

In fact, that statement proved to be the catalyst that prompted the short-sold NZD speculative position holders to commence unwinding by buying the Kiwi dollar back. It has been a straight line upwards for the Kiwi since this time. The NZ dollar has appreciated nearly four cents off the bottom already on its own for the aforementioned local reasons.

The next phase of its new trend upwards is expected to be solely governed by the other side of the NZD/USD currency pairing, the USD value against all currencies.

Conditions ripe for a weaker USD trend in 2020

As stated above, the China/US trade deal now provides much relief for companies across the globe as they can finally plan and invest with more certainty.

The Brexit resolution provides a double-shot in the arm for that confidence.

Look for policy makers everywhere to now be much more confident about the economic outlook.

As could have been expected, the Pound spiralled higher on the Conservative landslide election victory. However, the GBP gains to $1.3500 from $1.3200 against the USD were very short-lived and the rate has since retuned to $1.3300. The sudden surge in the Pound provided a great hedging opportunity for local GBP exporters at a 0.4900 cross-rate to the NZD.

Four good reasons why the US dollar should weaken against all major currencies in 2020 are as follows: -

Further NZ dollar gains to above 0.6600 to 0.6750 will cause the rate to break above long-term downtrend lines and further gains to 0.6800 and 0.6900 are very much on the cards as the USD weakens in global FX markets.

Thanks Roger. Not too many here today on your case, it seems?
A comment re a Brexit certainty: there is none. Yes I know Boris wants it done but there are still some powerful forces inside his own city that will be making it as hard as they can for him. And don't discount a few new Tories with their own agendas either. And thirdly, the Scottish & Irish things are now ripe for disruption, each with their own agendas. Not plain sailing for Boris by any means.
Re The Sino-US phase 1 trade agreement, don't believe everything you read about this either. Both nations need to get on commercially, each for their own reasons, but the gap in the two cultures is huge & probably unbridgeable. Each will play the game to suit themselves but it wont be long before niggles & disagreements occur, you watch. Agriculture is a big item on the agenda for both countries which could see us cut out if we're not carefeul. China is an evil thing for anyone who believes in the rights of the individual & that wont change while Xi is in charge. The war has been postponed not cancelled.
And the flying Kiwi? It's a wonderful thing for a man with a travel agenda. Go you good thing.