Roger J Kerr says two major NZ dollar vulnerabilities lie ahead, including Covid damage and what the solutions are for the NZ economy

Roger J Kerr says two major NZ dollar vulnerabilities lie ahead, including Covid damage and what the solutions are for the NZ economy 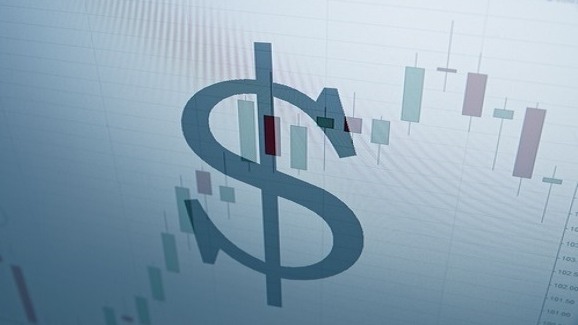 Monetary policy and election risks for the Kiwi dissipate

As expected, the NZD/USD exchange rate has corrected back downwards from highs of 0.6700 two weeks ago to nearer 0.6500.

However, the extent of the pullback has been limited by ongoing US dollar weakness on global FX markets.

Whilst the US dollar exchange rate against the Euro has stabilised around $1.1800 after being sold-off through June and July, there are no signs of any short-term recovery in the US dollar’s value that would allow for a lower NZD/USD rate.

The previous cited short-terms risks for the NZ dollar, being increased Quantitative Easing (“QE”) from the RBNZ on 12 August and political risk ahead of the 19 September election have played through or changed without causing significant downward pressure on the currency.

The RBNZ delivered the increased LSAP amount as expected and kept negative interest rates on the table for the future (as anticipated).

Currency markets, including the NZ dollar market, have rapidly concluded that the RBNZ’s monetary policy levers to influence behaviour in the economy have become increasingly impotent.

As everyone’s interest rates are zero or close to zero now, interest rate differentials or changes are having no impact on exchange rates.

An additional tool the RBNZ say they have ready to apply alongside negative interest rates is a direct term lending facility to banks to on-lend to businesses. The problem with that is you still come up against bank credit/lending policies (as the failed 20% Government guarantee scheme through the banks found out).

The second issue is that most businesses do not want to borrow more debt (outside of working capital requirements) even if the cost of that debt is very low or zero. Negative interest rates have not worked in Japan or Europe and the Aussie have ruled them out, so the RBNZ’s persistence in threatening them is more about optics to keep the NZ dollar lower than it would otherwise be.

The political risk for the Kiwi dollar has not entirely gone away, however it will be delayed in time as the PM is expected to announce a postponement of the general election to a later date.

With political party election campaigns now on hold whilst the country is in level 2 and level 3 lockdown mode, democracy would not be served by continuing to hold the general election in a month's time. PM Jacinda Ardern’s previous election manifesto of the successful control of Covid (and not about policies) is now in tatters with the recent infection outbreak in Auckland.

Looking ahead, the Kiwi dollar now has two major vulnerabilities: -

Covid damage and solutions for the NZ economy

Once again, it seems that it is the business community (and the livelihoods of business owners/operators) are the ones paying the price for another Government imposed lockdown that damages the economy.

Irritation and frustration are rising as the Government is forced into draconian knee-jerk action to contain the new outbreak. Perhaps the return of Covid was inevitable given what is occurring in Melbourne, however one that may have been preventable with tight border/quarantine control (which we were told was in place).

Media columnists and commentators are good at identifying the problems and criticising the Government (politicians and bureaucrats) on the predicament we now find ourselves in with the Covid pandemic. However, they tend to be short on providing solutions. Here are some suggested solutions for the short-term and medium term that will reduce the risk of ongoing economic damage.

The current Government does not appear to have a medium-term plan for living with the virus and allowing the economy to function normally. Throwing borrowed cash at self-imposed lockdowns is not a plan or policy prescription. Sadly, many people seem to have lost their moral compass in thinking that we can keep borrowing with no limit and it is justified to send the bill to the grandchildren.

Predicting the timing of when the equities bubble will burst, and how badly it will burst, is fraught with risk. No-one knows the timing with any degree of accuracy. However, whenever it commences the downside risk for the Kiwi dollar increases at that time.

In the meantime, the greater medium-term risk for the NZD/USD exchange rate is continued US weakness on the global stage. As the Federal Reserve and the RBNZ both continue with QE money printing the exchange rate impact is offsetting.

The forecast USD depreciation comes from the US needing a lower currency value to attract in foreign investors to fund their ballooning Government budget deficits and debt.

As the chart below shows, the US dollar was considerably weaker at 80 on the index when the US Government budget deficit plunged to 10% of GDP in 2009. It is now 15% of GDP.

Mostly a very good article. But I think a bit too dismissive of the possibility of a negative OCR and its impacts on the dollar.

I support the lockdown if it stops the most recent Covid breakout in it's tracks. I support the comment in the article that quarantine facilities need to be effective.

If the govt follows this path which I think is the correct one then it has to soften the blow for affected businesses. It should have continued the wage subsidy in it's original form and sold the debt incurred to the RBNZ. The debt could then have been cancelled at a future time and not been passed on to future generations.

If debt is incurred to preserve businesses and jobs then the debt is incurred. There isn't actually an option not to incur a debt in one form or another. If you don't have a lockdown then people stop shopping and businesses goes bust unless they get a loan to carry themselves through. The debt can be incurred in the form of unpaid creditors, lost future business income and lost wages or in the form of a loan to be paid at a future date.

If you make loans to businesses the choice is then what form of debt this is, public debt or private debt. Credit is tight right now because banks won't lend. Govt has lent or gifted money to businesses and thereby to wage-earners in the form of wage subsidies or IRD loans, but not enough to cover the shortfall. Private banks aren't covering the shortfall. If the shortfall isn't covered then the debt incurred by New Zealand will be the real debt in the form of lost jobs, lost businesses and lost opportunities for individuals. It is this this debt that will be handed on to future generations rather than a dollar debt.

A dollar debt that could be handled in a way that minimised the cost to future generations if it was part of a closed loop between the govt and the RBNZ. It is how the Japanese have managed to maintain their standard of living and industrial base while dealing with three decades of disinflation caused by a falling population.

Japan is a currency safe haven.

If banks won't lend and the govt is too busy being a prudent manager to actually ease the credit situation then the other option is for the IRD to take up the responsibilities of a state owned bank and lend to businesses using a loan criteria that is easier and more straightforward than the private banks.