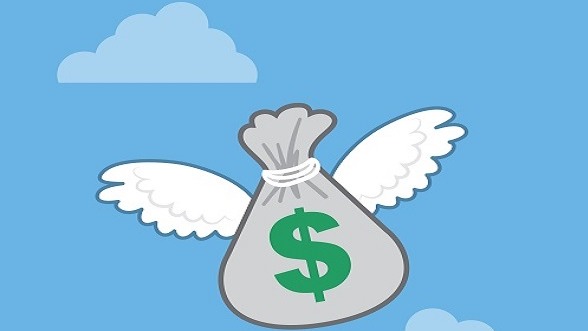 In their typical fashion, the financial and investment markets have already delivered a swift and lethal verdict on the outcome of the US Presidential election.

Even though there may be still recounts and legal challenges evolving over coming weeks, the share markets have already rallied higher and the US dollar has been sold across the FX markets.

On election day itself, the Kiwi dollar gyrated wildly around, as the initial news was that Trump was leading in some of the key battleground states.

On Wednesday 3 November, the NZD/USD rate dropped suddenly from 0.6740 to a low of 0.6620 as the USD strengthened and equities dropped on the news that Trump was ahead.

Of course, as we now all know many states count the “on the day” votes first and the mailed-in and special votes second. The former favouring the Republicans and the latter going much more the Democrats way.

As a result of the prolonged vote counting over following days, the Kiwi dollar appreciated strongly as the USD weakened against all currencies on the progressive gains by the Biden camp to lead in the critical states. The NZD/USD rate climbed strongly to a high of 0.6795 on Friday 6th November as the AUD and EUR posted impressive gains against the beleaguered US dollar.

The reason why the USD has been sold off on the likely Biden victory (now confirmed) is that the financial markets have concluded that with the possibility of a Democrat House, Republican Senate and Democrat President, there is less chance of a mega fiscal stimulus package being passed and thus a lower probability of tax increases to pay off the budget deficits and debt had the Democrats taken a clean sweep of all three institutions.

Equity investors and US business owners expressed a combined sigh of relief that increases in tax rates will be much harder to push through the split Congress (the two houses).

Yet again the AUD and NZD have all the appearance and attributes of being the new “safe-haven” currencies as alternatives are sought for funds leaving the weakening USD. As has often been repeated in this column, the Australasian economies have been much more well placed to recover from the Covid economic shock than the US, UK and European economies. Our strong trade and investment linkages with China and Asia, who have recovered to near normal activity levels already, means that we stand out as well ahead of the US and Europe. One has to expect that this situation will continue and that both the AUD and NZD currency values will continue to appreciate on this score alone.

Standing back and observing the currency market reaction to the outcomes of both the NZ and US political elections over this last month, the conclusion can be confidently made that as risk events, both have transpired to deliver a reduction in risk, therefore positive for the Kiwi dollar. The Labour Party clean-sweep here at home decimated the contingent risk that the Greens could hold the balance of power and force through anti-business and higher tax policies.

The Biden victory in the US is also positive for the NZ economy as global trade tensions (which were elevated under Trump) hopefully now reduce.

The US economy will still have massive budget deficit and debt issues and they continue to be negative for the USD currency value. However, what we do not have is a US constitutional crisis and the equity markets (and NZD) tanking on the increased uncertainty.

As the Kiwi dollar spirals higher to near 0.6800, there is still one more risk event for the currency to navigate over this coming week.

The full monetary policy statement with updated economic forecasts is due for release from the RBNZ on Wednesday 11th November. The RBNZ will still have a motivation to spoil the party for Kiwi dollar bulls as they stubbornly believe that a higher NZD/USD exchange rate will hinder an export-led recovery for the economy over the next 12 months. That view is ill-informed due to multi-year currency hedging by exporters as discussed in last week’s commentary.

To be frank, the only reason why the RBNZ would increase monetary stimulus further at this point would be to try and force the NZD down, or prevent it from moving higher. Such action would be futile due to the hedging and also the reality of the USD now depreciating against all currencies.

The economy has recovered from the Covid lockdowns much faster than prior RBNZ forecasts, thus the justification for throwing more cash into the economy at this point is rather thin.

The banks have tightened up lending and credit to business borrowers and the vast majority of business firms have absolutely no intention of increasing debt to expand, no matter what the interest cost.

Additional monetary stimulus is a waste of time and resources.

The RBNZ fired off too many monetary stimulus bullets in August 2019 when they did not need to and therefore today, they are almost forced (in their estimation) into unconventional stimulus tools such as negative interest rates. The Australians have again repeated that negative interest rates will be ineffective. What makes Governor Orr believe we are entirely different to the Aussies?

Whilst the arguments are well made against additional monetary stimulus, those with NZD/USD FX exposures have to expect that the RBNZ will still attempt to jawbone the NZ dollar down yet again on Wednesday. They will cite weaker economic conditions in Europe and the US (second wave of Covid impacts) as one justification for maintaining their negative outlook on the NZ economy. That global economic assessment is unbalanced and fails to account for our much stronger economic connections to China, which is not having the problems that the US and Europe are having.

As we have witnessed in the past, any NZD sell-off as a result of RBNZ currency jawboning, will again be very short-lived and not sustainable against the more positive wider forces.

Another positive development last week for the NZ economy was the re-elected Prime Minister displaying much stronger signs of wanting to engage with the business sector and repair the poor past relationship.

Business leaders need to embrace the signal and find ways to work alongside the new Government which has an extraordinary powerful mandate to “get on with it”.

If you are seeking out a new leading economic indicator as driver a of the NZD value, the chart below suggests that the impressive recovery in Chinese manufacturing over recent months is one explanation of why the NZD/USD rate is at 0.6800 and not 0.5800.

The linkage is obviously through the AUD and the increased Chinese demand for Australian iron ore and copper (despite bans and restrictions on Aussie wine, beef and more recently on logs).

Some good cheerleading for the NZ and Australian economies and fiscal positions.

NZD/USD correlation with China PMI is not convincing of anything.

Our road to riches is to let the kiwi truly float freely without artificial hurdles, hurdles which only leads to unintended consequences..

Is it really that everyone wants a piece of the NZD? Or, that every major nation is debasing (printing money/QE) their currency and its a race to the bottom?

looks like we will see 70c or even 80c against USD soon enough.